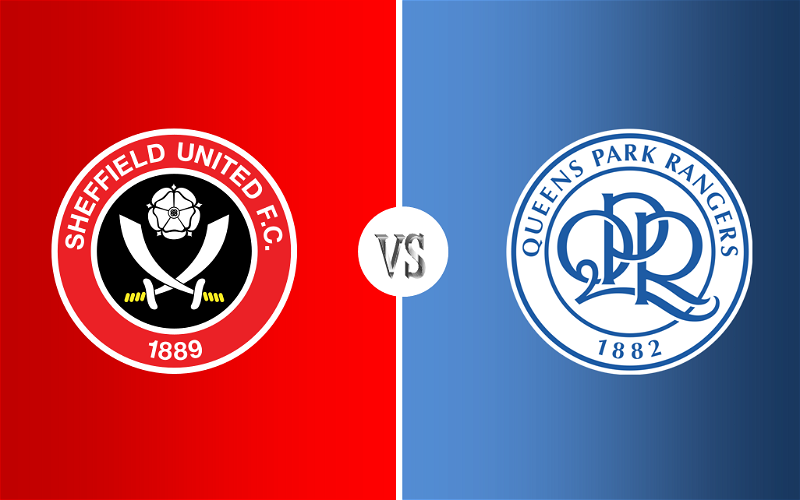 Sheffield United travel to London tonight to face Queens Park Rangers at the Kiyan Prince Foundation Stadium (Loftus Road) for a 7:45 PM kick-off which will be shown live on Sky TV. The trip to the capital is the Blades’ final away game of the season with a lot at stake riding on tonight’s fixture that could determine United’s outcome for this season.

The fixture was initially set to take place tomorrow Saturday, 30th April with a 3:00 PM kick-off; however, three weeks ago the fixture was moved owing to the match being shown on live Sky TV. 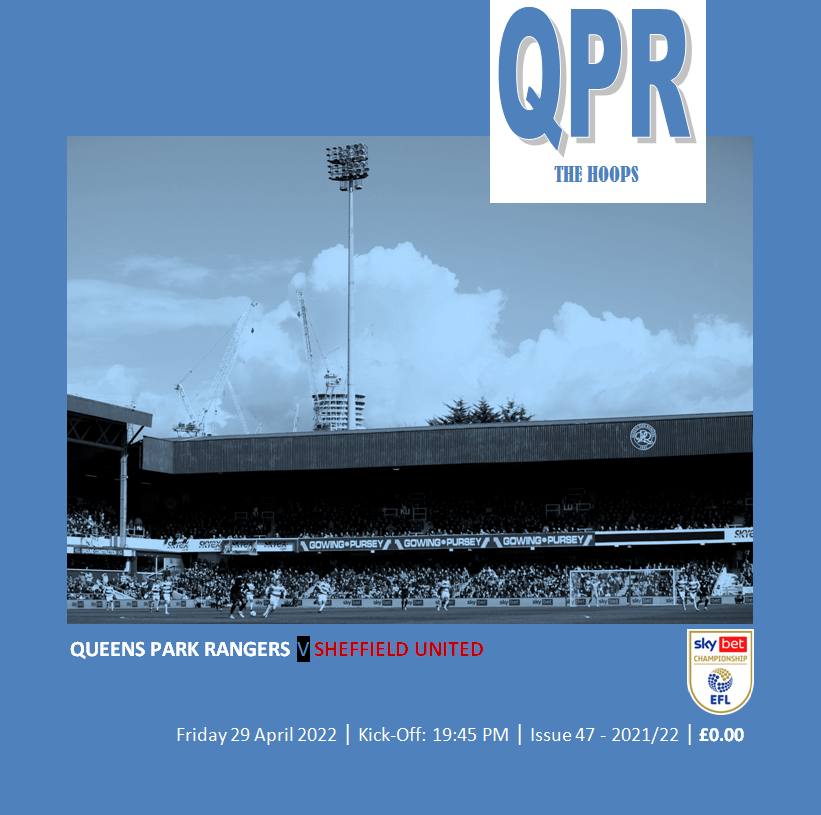 The Blades come into this fixture on the back of a 1-0 victory at home to Cardiff City last Saturday. Illiman Ndiaye’s header on 47 minutes, converting Morgan Gibbs-White cross. United ought to have doubled their lead in stoppage-time but Sander Berge found his effort denied by the post before being cleared to safety. The result, married with results elsewhere kept United in sixth.

Blades boss Paul Heckingbottom is expected to be without several players ahead of their trip to Loftus Road tonight. They will be without defenders; George Baldock (muscle), Charlie Goode (knee), Jayden Bogle (knee), Jack O’Connell (knee), and forwards, Rhian Brewster (hamstring), Oli McBurnie (and David McGoldrick (thigh). However, former Rangers stalwart Jack Robinson will likely be included to face his former club.

Robinson was signed by the London club in August 2014 from Liverpool and immediately sent out on loan to Huddersfield Town in a season-long loan. He returned to Loftus Road and had to wait until April 2016 until he made his Hoops debut, playing 90 minutes in a 2-1 victory over Charlton Athletic. During his time in London, he found opportunities scarce and played 42 times during his four-year tenure, and netted twice – both goals coming in a 2-1 win at Birmingham City in December 2017. In July 2018 he signed for Nottingham Forest.

This will be the second meeting between the two Championship clubs this season after they met 25 days ago at Bramall Lane. United was victorious by a single goal when they met on 5th April – Oli Norwood netting with a suburb strike from the edge of the 18-yard area on 9 minutes following a choreographed corner.

QPR’s 1-0 defeat at Stoke City last Saturday has all but put them out of the running in reaching the top six for this season. To reach the Play-Off zone, they will have to win their remaining two fixtures against Sheffield United and at Swansea on the final day, overturn a ten goal deficit and pray that the Blades, along with Millwall, Middlesbrough, and Blackburn Rovers all fail to win the remainder of their matches this season.

Hoops boss Mark Warburton has a series of injuries to contend with which will no doubt affect his squad selection ahead of tonight’s match. The Loftis Road club are expected to be without eight players and involves some key personnel with Chris Willock, who has mounted 10 assists and 7 goals this season, is sidelined with a hamstring injury. They are also without Lee Wallace, David Marshall, and Robert Dickie with hamstring injuries. In addition, QPR will also be without Moses Odubajo (calf), Jordan Archer (leg), Seny Dieng (thigh), and Joe Walsh (leg), through injury.