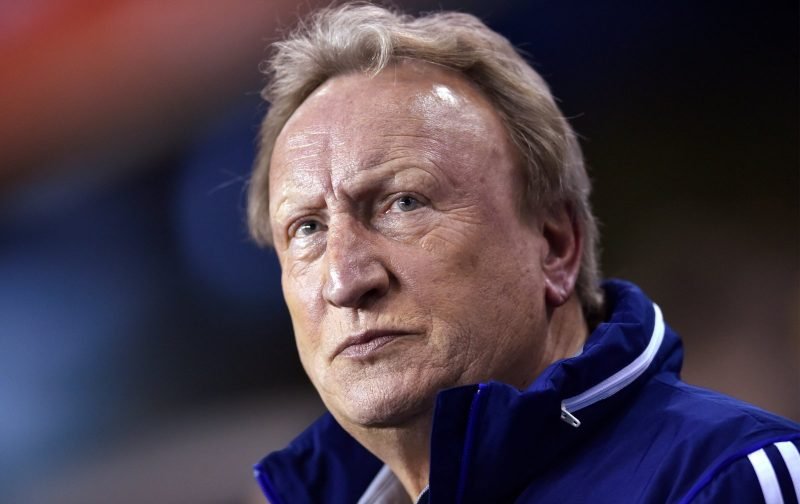 Football Management can be a cruel position to be in. One week you are loved by the supporters after beating your local rivals, and the next week, there calling for your head after losing what they see as a simple match to win. It’s barely regarded as players at fault for a poor run of form with the manager being the one who receives the sacking axe. Former Sheffield United boss Neil Warnock is the latest ‘gaffer’ to lose his job after being relieved of his duties at Cardiff City yesterday.

Warnock, 70 had been installed as Cardiff boss in October 2016 and he helped guide the Bluebirds back into the Premier League on a shoestring budget, although their return to the top flight wasn’t a fairytale ending as they plummeted back into the Championship at the first time of asking.

He leaves the Welsh club lying fourteenth in the table with five wins, and six draws from sixteen games.

His departure was announced on social media as well as an article on the official website.

Cardiff City Football Club can confirm that manager Neil Warnock has left his position by mutual agreement and with immediate effect.

A full Club statement can be found here > https://t.co/0YX4zo9o9C pic.twitter.com/aGc0UdGIEA

Warnock was manger of the Blades between December 1999 and May 2007, he helped guide United into the Premier League, whilst he also saw United into a Play-Of Final, FA Cup semi-final, and League Cup semi-final all in one memorable season (2002-03).

Where is next for Warnock?

Who knows? After every club he has managed he always seems to threaten retirement until a new challenge comes along. If his contract allows then he may end up at another Championship club, should he still peruse his managerial career. Barnsley at the foot at the table are currently in the hunt for a new boss, following the dismissal of Daniel Stendel last month, and turn to their former player to dig them out of a relegation dogfight.