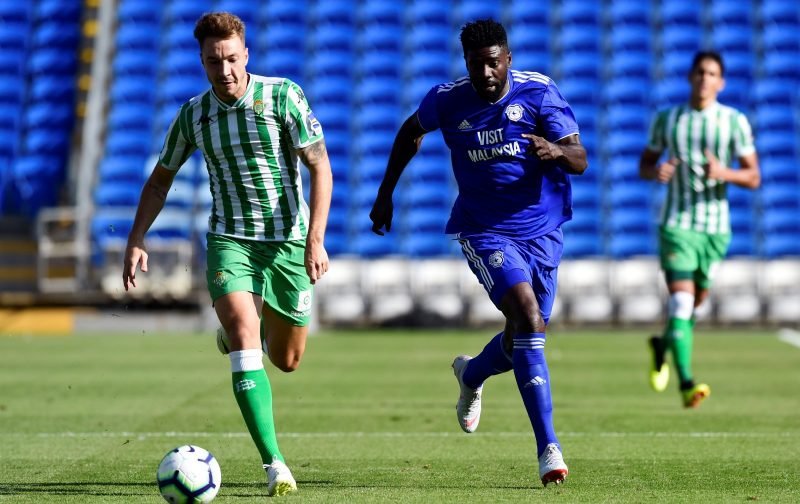 There are still 45 days until the January transfer window re-opens but the transfer rumour mill is in full swing as Sheffield United have been linked with an early move from Real Betis striker Loren Morón in a deal that could be worth up to £40million, according to The Sheffield Star newspaper.

The Blades currently have a wealth of strikers available at their disposal.  In the summer, United collectively spent £38million on the signatures for Callum Robinson, Lys Mousset, and Oli McBurnie to add to the remaining stock of forwards in Billy Sharp, David McGoldrick and Leon Clarke.

Already this season, the attacker has scored 8 goals in 12 games (and created 1 assist). This isn’t the first time that Blades boss Chris Wilder has shown interest in the forward. He was a target last summer with the S2 club seeing a £21,400,000 (€25million) bid for the striker rejected.

It is believed that United will again make a move for the 25 year old, but with Real Betis lying in mid-table in the LaLiga right now, they may wish to keep hold of their prize striker for a bit longer. However there is a €40million (£34,250,000) trigger release clause in his contract, and United may have to stump up the cash to bring him to Bramall Lane.

The fact that United have already splashed out on strikers this summer may make them a little reluctant to bring in more forwards, unless some are expected to exit!