“Take the positives”, “much better”- These Blades fans optimistic despite heartbreaking loss

I don’t want to wheel out the old cliché, but I feel like there’s probably no better phrase to sum things up right now, so here it is.

At least we can concentrate on the league now, and given our results over the past few days, you can make the argument that concentrating on the league is probably the best thing we can do right now given how the league table is lining up.

Sheffield United were knocked out of the F.A Cup after a 2-1 loss to Arsenal at Bramall Lane, in a game where the statistics would argue we probably deserved more, and were not for the interruption of VAR, we may have been able to get something out of it. 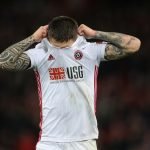 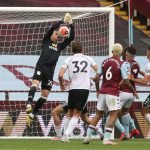 Despite the fact that we were knocked out, it seems as though the performance was the thing on the minds of Blades fans afterwards, as they seemed rather upbeat, believing perhaps that the display was a sign of good things yet to come in the coming weeks.

Much better today, but not a good ending. Got back into the game but really sloppy to let it slip. Disappointing to say the least. Berge played well and McGoldrick took his chance perfectly. UTB. pic.twitter.com/bQ0KSUoErE

Unlucky. Strongest performance since the restart💪

2nd half is the best we have played in a while. Still not great but much better than what has gone before it. Berge's best performance since he came in McGoldrick's first goal- trying to take the positives

Much better, need to keep that second half momentum going on Thursday….good to see Didzy on the scoresheet, Sander settling in nicely…let’s take the positives ⚔️⚔️

What about you? What do you make of that result?