Blades Boosted Ahead Of Cup Clash 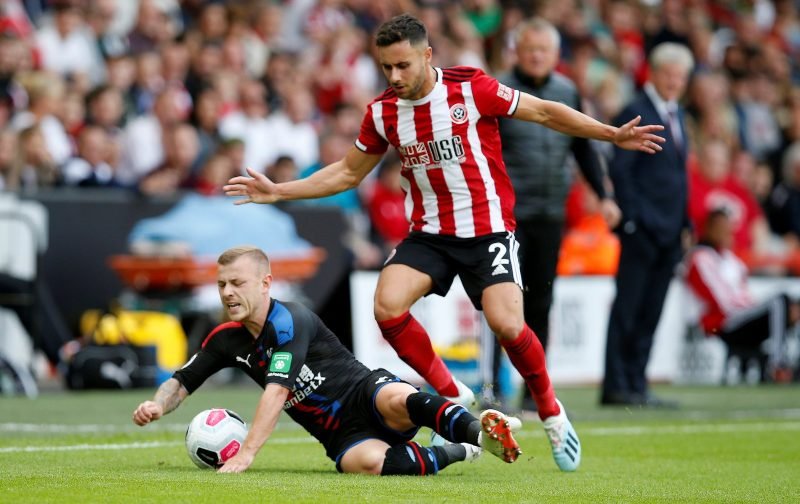 Sheffield United have been handed something of a Premier League holiday as they prepare to face Arsenal in the FA Cup Quarter-Finals this weekend. The Blades are just 90 minutes away from a play in the semi-final, with the added twist that no spectators will be able to attend the match.

It’s a welcome distraction for Chris Wilder’s side, who since the re-start of the Premier League, have registered poor results in contrast to before the lockdown began. Since project Re-Start, United have played three fixtures, all away from Bramall which have resulted in two devastating 3-0 defeats to Newcastle United and Manchester United, as well as a 0-0 draw with Aston Villa.

These three results have put a dent in United’s chances of earning a European spot in the final league standings; however, they could qualify via winning the FA Cup but must get come through this fixture with Arsenal, as well as the semi-final and final as winners.

One key factor to United’s demise in these last three games has been down to injury, and perhaps fatigue, having seen an unusual 3 months break from football. They have been without Jack O’Connell through injury, who is anticipated to make a return against the Gunners, whilst the Blades will welcome back John Egan after he served a one-match ban.

The Blades, however, will be boosted by the return of keeper Dean Henderson who was unable to face his parent club Manchester United last Wednesday evening.

The Gunners, who are managed by former player Mikel Arteta, are expected to see the return of defender David Luiz who has missed their last two fixtures through suspension, after being sent-off of in their opening game of the re-start, a 3-0 loss to Manchester City. Since the re-start, they have also recorded a 2-1 loss at Brighton and a 2-0 victory at Southampton, and have yet tom play out a completive home fixture since before lockdown!

However, the visitors will be without keeper Bernd Leno as well as Callum Chambers and Pablo Mari, Lucas Torreira, and Gabriel Martinelli through injury. The latter is ruled out for the remainder of the season.

They are boosted by the return of Cedric Soares from injury and may make his Arsenal debut against the Blades.

The Road to the Quarter-Finals

Sheffield United’s route to the final has been pretty straight forward. Goals from Callum Robinson and Leon Clarke were enough to edge past non-league AFC Fylde in a 2-1 victory at Bramall Lane. A 2-0 win was recorded in the capital as Mo Besic’s thunderous shot helped beat Millwall.

United faced a more tricky time in Round 5 at Reading, previously, the Blades had recorded four straight forward victories, but despite David McGoldrick notching his first goal of the season, United required extra-time after George Puskas despatched his spot-kick. In the additional 30 minutes, Billy Sharp netted the winner.

Like United, Arsenal began their road to the Quarter-Finals in round three. They saw off Leeds United at home by a single goal, before winning 2-1 at Bournemouth in the next round. Round 5saw the Gunners win 2-0 at League One Portsmouth, before facing the Blades in Round 5.