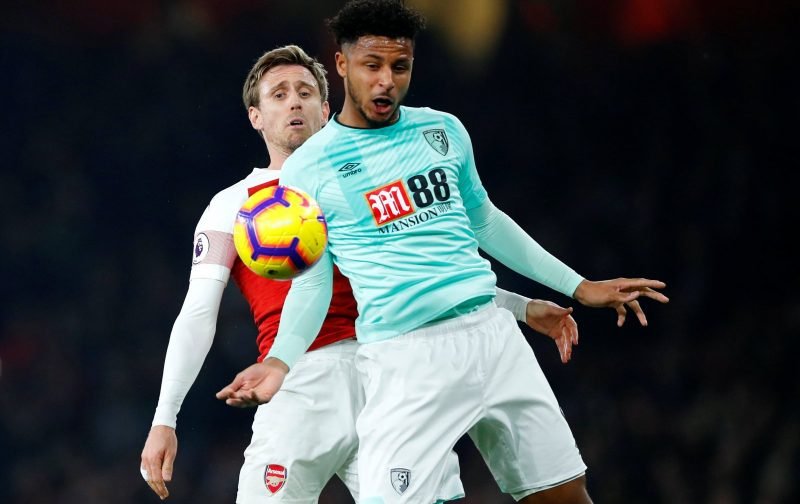 He hasn’t been with the club for long but French striker Lys Mousset, 23, is unlikely to feature against his former club Bournemouth, since making a £10million move from Dean Court on 21st July.

At the time, he broke the Blades transfer record for the second time this summer, (prior to McBurnie’s arrival), despite being linked to Celtic the previous month, but fitness issues has meant that his pre-season hasn’t been as straight forward as the other new signings, and has mostly featured for U23 fixtures, such as at Matlock Town.

Tomorrow, Sheffield United will face Bournemouth (3:00PM) in their first Premier League fixture for twelve years. The fixture will unlikely feature Mousset, who missed last Saturday’s 1-3 defeat at Reims to work on his fitness – according to the Sheffield Star.

He had begun his career in France with Le Havre, before moving to Bournemouth in July 2016 in a £5.4million transfer. He made his debut in a 2-1 win at Morecambe in the League Cup. During his three year spell with the Cherries, he started just 8 league matches, and made 50 substitute appearances. He scored just 3 top flight goals – his last February in a 1-5 defeat at Arsenal, what was his only league goal last season.

It isn’t clear as to where the French striker fits in Chris Wilder’s plans, but having spent the sum of £35million on Ollie McBurnie, Callum Robinson, and Mousset, VitalBlades can only assume that he isn’t expected to become an immediate starting XI player.

Only the most knowledge Blades would know about Mousset, and what he brings to the club, therefore we sought the advice of French Bournemouth supporter Al Gard, to guide us with his opinion on the France U21 striker;

“He burst on to the scene with Le Havre in the 15/16 season. Scoring regularly in a 2nd tier side whose attitude was to attack. To be fair Ligue 2 is bang average. 4 or 5 teams look to get back after relegation, but they are no better than mid table championship standard in my opinion. The rest would struggle in the Championship.”

“I was delighted when we signed him. Thought he would learn our way for a few months and be a great impact sub in games. And sub was pretty much where he remained, failing to dislodge King or Wilson.”

“To be fair, it can’t be much fun coming on as sub when you are 5 down at Arsenal/Man City/Spurs etc. He has pace, and if Eddie Howe was to be believed, a “hell of a shot” in training. The trouble was, when he unleashed that shot when playing in the PL, it was pretty much always well wide. However, don’t read too much in to the wiki stats that say he scored 3 goals in 54 games. He only started a handful of them.”

“I believe in him. A run in the team, an early goal or two, and his confidence will shoot up. Stick him on the subs bench every week and giving him 15 minutes is not the way to coax the best out of him. Now I have said my bit, I bet he scores with “A hell of a shot” at ours opening day!”