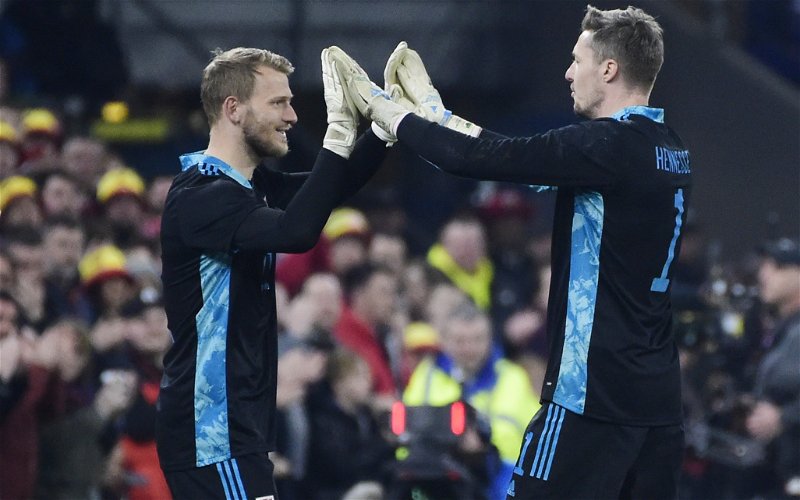 With the Blades back up keeper, Jake Eastwood, being heavily linked with a move to Scottish side Ross County, Alan Nixon claims [Patreon]. United will be hoping they can keep Adam Davies at the Lane for at least the coming season.

Adam Davies joined United in the January transfer window earlier this year from Stoke City for £250,000. The Welshman signed a 6 month contract with United which has now expired.

Having not played a single game for the Blades, maybe Davies doesn’t want to sign an extended deal to increase his stay at Bramall Lane, as his chances of being first choice keeper could be better suited elsewhere.

With Wales qualifying for the World Cup in Qatar later this year, Adam Davies may have hopes of becoming the number one stopper for the nation. It would be hard for him to do that at Bramall Lane.

Wes Foderingham had an outstanding season in goal for United last season and if he can emulate the same performances that he had last campaign, then Davies would likely only feature in cup games.

Paul Heckingbottom knew of the quality of the soon to be 30 year-old from his Barnsley days, when he played under Hecky. Judging by the Sheffield United manager’s recent comments, he still rates him and knows he can rely on him:

“We are still speaking to him, and we’d love to get him in. Who knows? He could be the first one we get in. He’s going to be sought after, I know that. But I also know Adam, and I know that he really enjoyed his time here with us.” [Quote from YorkshireLive]