Can the Blades Slay the Saints? 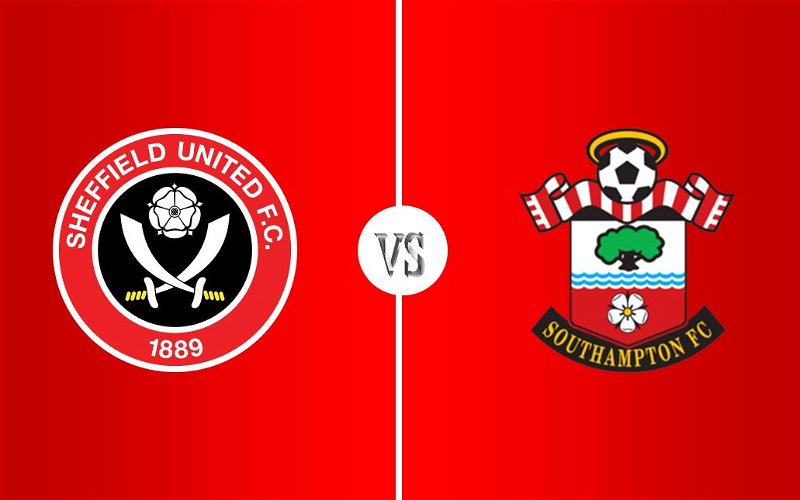 Sheffield United will take a break from domestic league football tonight when they host Premier League outfit Southampton this evening (kick-off 7:45 PM), who are still chasing their first league victory of the campaign. The victors will book a place in round four.

Slavisa Jokanovic takes his Sheffield United side into this fixture five games unbeaten in all competitions. After beating Derby County (2-1) in the second round of this competition, the Blades recorded a 0-0 draw at Luton. After the break, the Blades claimed their first league victory of the season, an astounding 6-2 win at home to Peterborough United. A 2-2 draw with Preston followed and last Saturday, the Blades won 3-1 at Hull City. In the space of seven days, United had celebrated eleven goals. United had skipped their way into round two with a 1-0 win at home to Carlisle United. 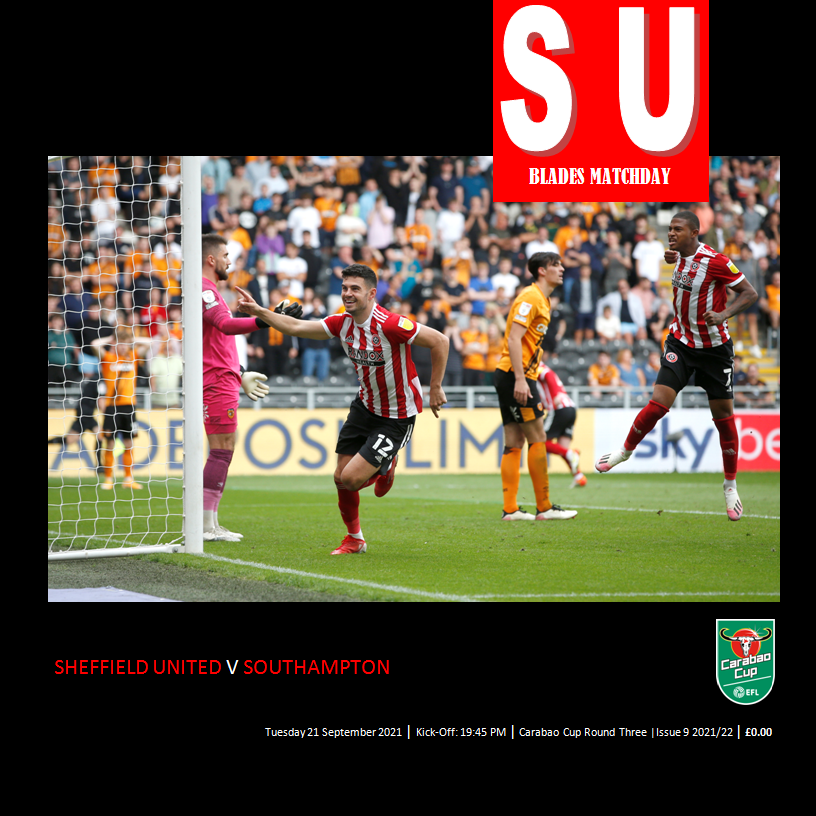 The hosts are expected to be without six players this weekend. Strikers David McGoldrick (calf), and Lys Mousset (hamstring) are both absent, as are defenders Jack O’Connell, and Enda Stevens (both knee), through injury. Meanwhile, the on-loan midfield duo; Morgan Gibbs-White (from Wolverhampton Wanderers), and Conor Hourihane (Aston Villa), are both cup-tied having played for their respective clubs earlier in the season.

Whilst McGoldrick may not be fit enough to feature against his former club, though Billy Sharp is expected to lead the line in attack tonight. The skipper, who celebrated his 300th Blades appearance at the weekend, scored nine league goals in 17 league appearances for the Saints between January 2012 and August 2014.

The two teams have met in this competition once before. This was on 16 December 2014, en-route to the Blades semi-final appearance. Having disposed of Mansfield Town (2-1), West Ham United (1-1, winning on penalties), Leyton Orient (1-0), and Milton Keynes Dons (2-1), the Blades were drawn against the Saints in the fifth round. United, a League One club at the time, were 90 minutes away from booking a place in the last four teams, only the Premier League side stood in their way.

The games’ only goal came on 63 minutes, following a free-kick on the edge of the box. Bob Harris struck a low hard drive under the wall which keeper Fraser Forster stopped but couldn’t prevent Marc McNulty from poking home the rebound. In the final minute, a foul on McNulty resulted in Florin Gardos receiving his marching orders as the visitors were reduced to ten men.

Since defeating Southampton, the Blades have been defeated in all four fixtures since then (see below).

Southampton has kick-started their Premier League season in poor form, having registered one defeat and four draws from their opening five matches, the St Mary’s club are still chasing their first league win of the season. However, they can be credited in their last game, having earned a 0-0 draw at Manchester City last Saturday. No doubt they will be bookies favourites in booking a place in round four.

Owing to their Premier League status, the Saints were handed a bye in the first round and joined the competition in the second round where they ‘narrowly’ beatNewport County 8-0 away from home, with Norwegian forward Mohamed Elyounoussi grabbing a hat-trick. Despite a handsome score-line, unfortunately for the south coast side, it isn’t a record in this competition. Twice have League Cup games seen a 10-0 score-line. Firstly in 1983 after West Ham beat Bury before Liverpool, three years later, were victorious over Fulham.

The Saints are expected to be without four players ahead of their trip to Bramall Lane, with Theo Walcott (muscular), Jack Stephens (thigh), Stuart Armstrong (calf), and Will Smallbone (knee), all absent through injury. However, striker Che Adams may start against his former club.