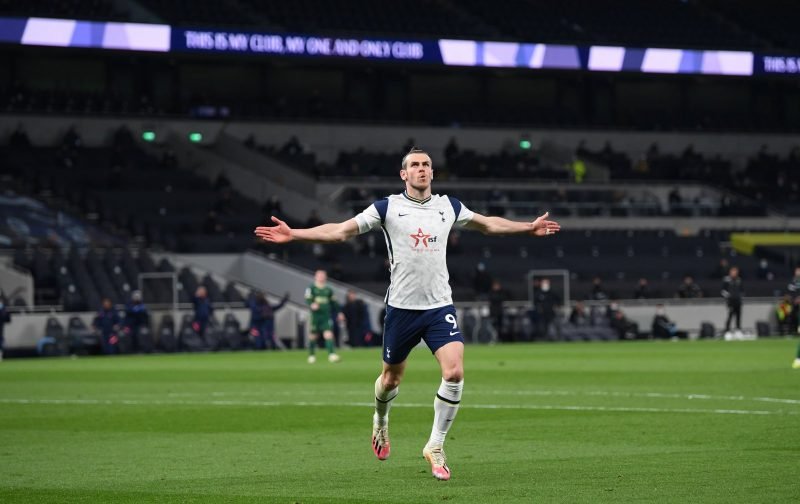 The Blades were delighted to see the return of Norwegian midfielder Sander Berge return to the substitutes bench following a five months absence through injury, whilst defender Chris Basham returned to the starting line-up following a short layoff.

The first-half had seen England international striker Harry Kane squander several opportunities to get his name, however, it was Welsh striker Gareth Bale who scored his first hat-trick for eight years in English football to settle the game for the hosts, whilst Son added a fourth to add salt to the wounds.

It was a night to forget for the Blades, and no doubt would have been a long journey home had fans been allowed to attend, perhaps, that was the saving grace. Having seen their respected managers exit the club in the last month, there was a representative of interim managers, with Paul Heckingbottom for the Blades, and Ryan Mason for Tottenham.

It was the visitors carved out a half-chance within the opening 45 seconds after a well-worked throwing found Rhian Brewster in plenty of space on the right, his deep cross found Enda Stevens but the left wing-back could cut the ball back to a player in all green. Seconds later, after intercepting the ball from a Blades pass, Sons cross was met by an unmarked and offside Harry Kane but his first-time volley was expertly kept out by Aaron Ramsdale in the United goal.

Ramsdale cut out a long pass that Aurier almost got on the end of and, at the other end, David McGoldrick drilled a long-range effort wide of goal.

Despite Tottenham enjoying the majority of possession, the Blades did well to soak up pressure. On 16 minutes Son’s curling effort from distance was pushed round the post from Ramsdale and out for a corner, which came to nothing.

A minute later, a poor ball from John Egan through the middle was intercepted by Son, who was fouled in the build-up and resulted in Basham clearing the ball off the line from Kane’s effort that was good enough to beat Ramsdale.

On 25 minutes, Tottenham found a way through on the left, Sergio Reguilon’s ball across the 18-yard box evaded several green shirts and the ball was scooped over the goal from Kane’s tame effort. The England striker ought to have done better.

In 36 minutes, the hosts found the breakthrough they had been searching for. A ball over the top of the defence from Serge Aurier saw GARETH BALE continue his run and delicately chip the ball over Ramsdale and into the net.

The remainder of the first half saw Kane smash a free-kick from the edge of the box against the wall, before lashing the rebound wide of the goal, whilst Dele Alli curled an effort into the hands of Ramsdale as the first half drew to a close with Spurs ahead.

Heckingbottom made a double change at the break with Berge and Oli Burke replacing Jayden Bogle and Brewster. The opening minutes of the second half didn’t go without controversy as a challenge between John Fleck and Giovani Lo Celso saw the referee check VAR for a possible red card for the Scot, with replays showing there was no intent. Moments later Berge failed to get a header on Stevens cross.

However, on 50 minutes, the host’s lead was doubled, only be ruled out by VAR for offside Toby Alderweirld’s long boot upfield was chased on by Son who finished one-on-one past Ramsdale, with replay’s ruling the goal out.

At the other end, a dinked ball into the box from Basham saw Fleck dummy the ball but McGoldrick miss-timed his run and the chance was gone. Spurs did double their lead on 61 minutes. United had won their first corner of the match, and having clear the set-piece, the hosts broke away through Son, his ball across the middle to BALE saw the striker compose himself, one-on-one to fire home his 50th Premier League goal of his career. 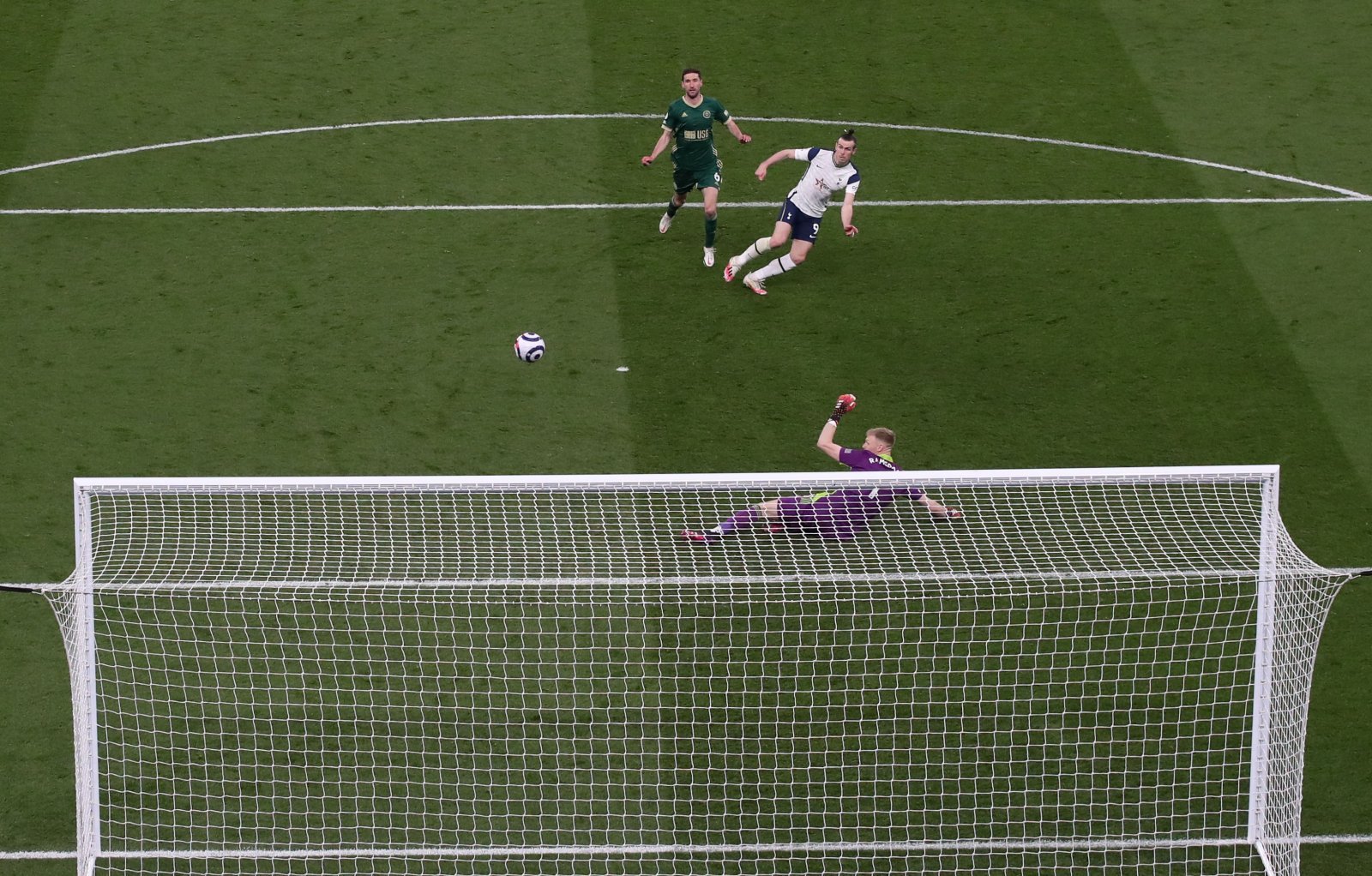 BALE completed his hat-trick on 69 minutes as the Blades defence was split in two. A ball through to Aurier on the right saw him step inside, play in the Welshman and he did the rest, beating the stopper from the edge of the area. Lo Celso was then replaced for Harry Winks, as Tottenham made their first substitution of the evening.

They failed to made it four when Kane’s ball flashed across the ball with no Spurs player committing themselves, though the move did result in a corner. With fifteen minutes remaining, Bale was replaced by Steven Bergwijn.

They didn’t have to wait too long until they made it four, despite Bale no longer on the field. On 77 minutes, SON HEUNG-MIN’S curling effort from the edge of the area found the net via the aid of a post. United failed to give up the ghost, and minutes Burke’s ball across goal was cleared for a corner, which resulted in three successive corners.

Lys Mousset replaced McGoldrick with minutes remaining of the ninety, with the game fizzling out, though Regulion flashed a shot wide in stoppage-time before the final whistle blew on what was a comfortable victory for the hosts.