Blades Chase Back-To-Back Wins As They Head To Spurs 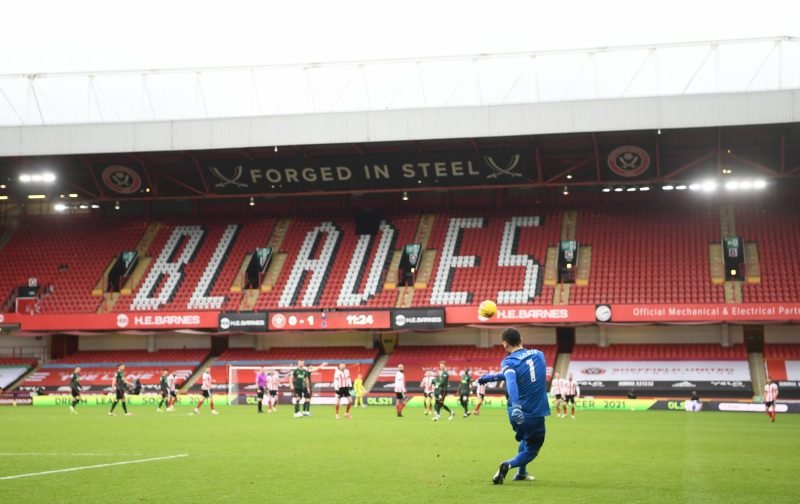 Having claimed their first victory last week against Brighton under the interim leadership of Paul Heckingbttom, the Blades begin the first of two back-to-back fixtures against London opposition with a trip to Tottenham Hotspur this evening (kick-off: 7:15 PM).

Following the conclusion of this fixture in London this weekend, the Blades face four further Premier League matches until their two-year reign firmly grinds to a halt. They host Crystal Palace next weekend before facing two difficult away trips to Everton, and Newcastle United. They end the season at Bramall Lane on 23rd May against Burnley. It is hoping that fans may be allowed to witness their final game of the season. 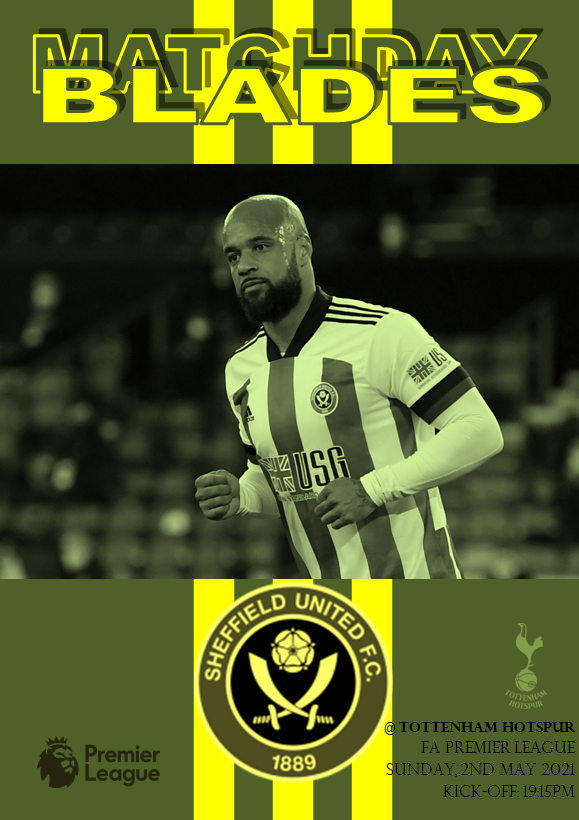 United come into this fixture with interim manager Paul Heckinbottom claiming his first victory whilst temporarily taking charge of first-team matters. The Blades were 1-0 victors over Brighton & Hove Albion, thanks to a David McGoldrick’s

Having won 3-1 against Spurs last season (at Bramall Lane), the North London club turned the table by recording a victory with the exact score-line. It took the visitors five minutes to open up their account for the day. Serge Aurier was first to react to head home following Son Heung-Min’s corner and, on 40 minutes, after stealing possession off Oli Norwood in the middle Harry Kane stole away and from the edge of the area fired home his twelfth goal of the season.

At two goals down, the Blades responded in the second half when David McGoldrick headed home John Fleck’s cross on 59 minutes, scoring his sixth goal for United this season. It looked like a promising start and a comeback may have been on the cards but Hotspur retaliated three minutes later through Tanguay Ndombele, either spectacularly struck or by sheer luck, he somehow acrobatically lobbed the ball over keeper Aaron Ramsdale, which proved to be the winner.

The result of this match will matter little to Sheffield United, whose fate has already been sealed. Sitting firmly at the foot of the table, the Blades have already been relegated and will play SkyBet Championship football next season. Though they would like to finish the season with as many points, and goals as possible. Though unlikely, it is mathematically possible for the Blades to finish with 32 points, which could see them ending the season in seventeenth place.

United are expected to be without defender George Baldock (head), Chris Basham, Jack O’Connell (knee), and Jack Robinson through injury, whilst midfielder Jack Rodwell is also sidelined. The Blades are also without strikers Billy Sharp (groin), and Oli McBurnie (fracture) – the pair are sidelined for the remainder of the season. Meanwhile, the Blades are expected to see the long-awaited return of midfielder Sander Berge, who is due to return soon from injury.