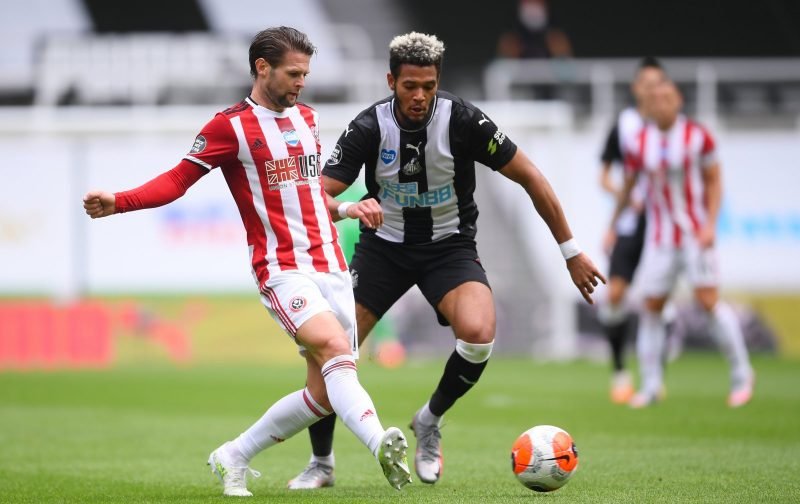 Sheffield United head to Manchester United tonight (kick-off; 6 pm) with somewhat of a defensive headache with several key players out injured or suspended and Chris Wilder may change the entire formation for their trip to Old Trafford.

They are expected to be without John Egan, who was sent off in the 3-0 defeat at Newcastle on Sunday and will be available for selection next Sunday when the Blades face Arsenal in the FA Cup, for a place in the semi-final.

Since the re-start of the season, United have also been without rock-solid Jack O’Connell through injury, whilst on loan keeper, Dean Henderson cannot play against his parent club.

The Blades have been known and much admired for their unique formation and style of play, playing three centre-halves and two wing-backs, along with three centre-midfielders and two strikers. The overlapping defenders help build up the attack and sometimes they are the ones who deliver that ball into the box for the attackers to score.

Likely, Simon Moore will again be given the nod over Michael Verrips to face Manchester United in goal. If Wilder opts to change the system, he could go; 4-1-4-1, and play a backline of George Baldock and Enda Stevens at the full-back positions, although, this will prevent them from pushing forward which they have been a custom to, as suggested by Sheffield United News.

In the centre, could mean Phil Jagielka or Chris Basham playing alongside either Jack Robinson or Greek Pangiotis Restos, though I would like to see the experience of Jagielka along with Retsos together. Robinson has performed well in the last two games he has played, however, his natural position is a left-back.

This new formation would require a defensive-midfielder, and Norwegian Sander Berge would suit that role perfectly. In centre-midfielder I would be tempted to go along with the two John’s, Lundstram and Fleck, though this would mean Oliver Norwood, who has a deadly delivery, sitting on the bench.

On the wings would give both Kieron Freeman and Ben Osborn rare appearances for United. Up top, I would feature captain Bily Sharp who can hold the ball up well until he receives support from his fellow players.

Whichever team and formation Chris Wilder fields, it will be a difficult test.