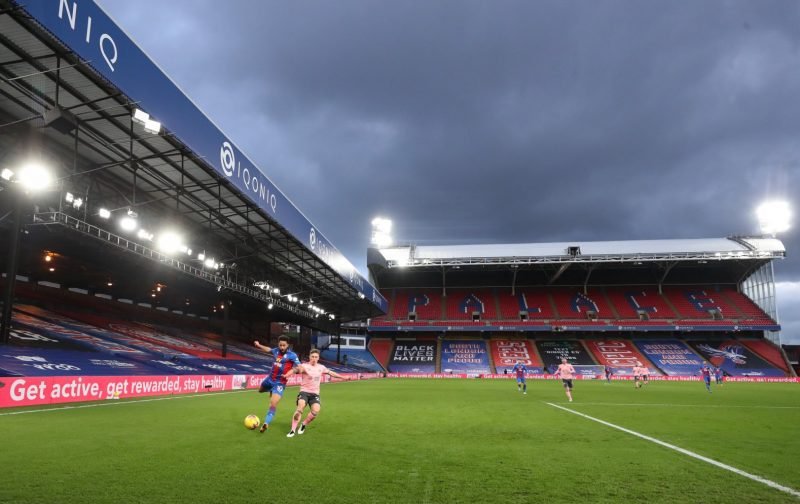 Sheffield United was outdone by two first-half goals as the Blades lost two-nil at Crystal Palace. It may be a new year but for United, unfortunately, it leaves Chris Wilder’s side firmly rooted to the bottom of the Premier League table with 17 games without a victory.

United had gone behind as early as the fourth minute as Jeffrey Schlupp connected to a fine ball through to finish past Aaron Ramsdale before Eberechi Ebe waltzed through the defence to finish in first-half stoppage time.

He Blades had travelled to London having made three changes to the starting line-up from the side that had lost 1-0 at Burnley in the previous fixture. George Baldock was placed on the bench and replaced by Jayden Bogle, whilst Oliver Norwood and John Fleck returned to midfield. The club is carrying nine players unavailable through injury, self-isolation or suspension. With this in mind, they could name a full seven players on the bench and drafted in 16-year-old Antwoine Hackford, who has featured heavily for the Academy.

Sheffield United was dealt the worst possible start when they went a goal down inside the first four minutes through some slick play. Townsend’s ball down the left-hand side saw Zaha ease past Egan before squaring to Benteke, who turned and poked the ball into the path of SCHLUPP who fired home first time with the aid of a deflection.

It was a setback that nobody wanted, not when United are becoming desperate for points, however, despite going a goal behind the Blades enjoyed plenty of the ball. Mousset, attacking the right flank won a corner but a combination of Benteke and McArthur averted any danger from Fleck’s delivery. On 30 minutes, Palace broke-away at speed by Irish defender Egan did enough to keep Benteke at bay.

United came close as half-time approached. A switch in play from left to right saw Ampadu in space, and his ball saw Bogle nip in behind the defence but his drive on the angle could only warm the hands of keeper Guaita before Kouyaté cleared any potential follow up. The hosts were forced into a substitution when Schlupp fell to the ground injured and was replaced by Eze.

Bogle went into referee’s notebook after he halted the progress of Zaha, who, from the resulting free-kick, headed straight at Ramsdale. In the final seconds of stoppage time, the Eagles were wheeling away in celebration when EZE collected the ball in his half and made a darting run, turning Norwood and bolting past Amapdu before passing the ball past Ramsdale from 20 yards. 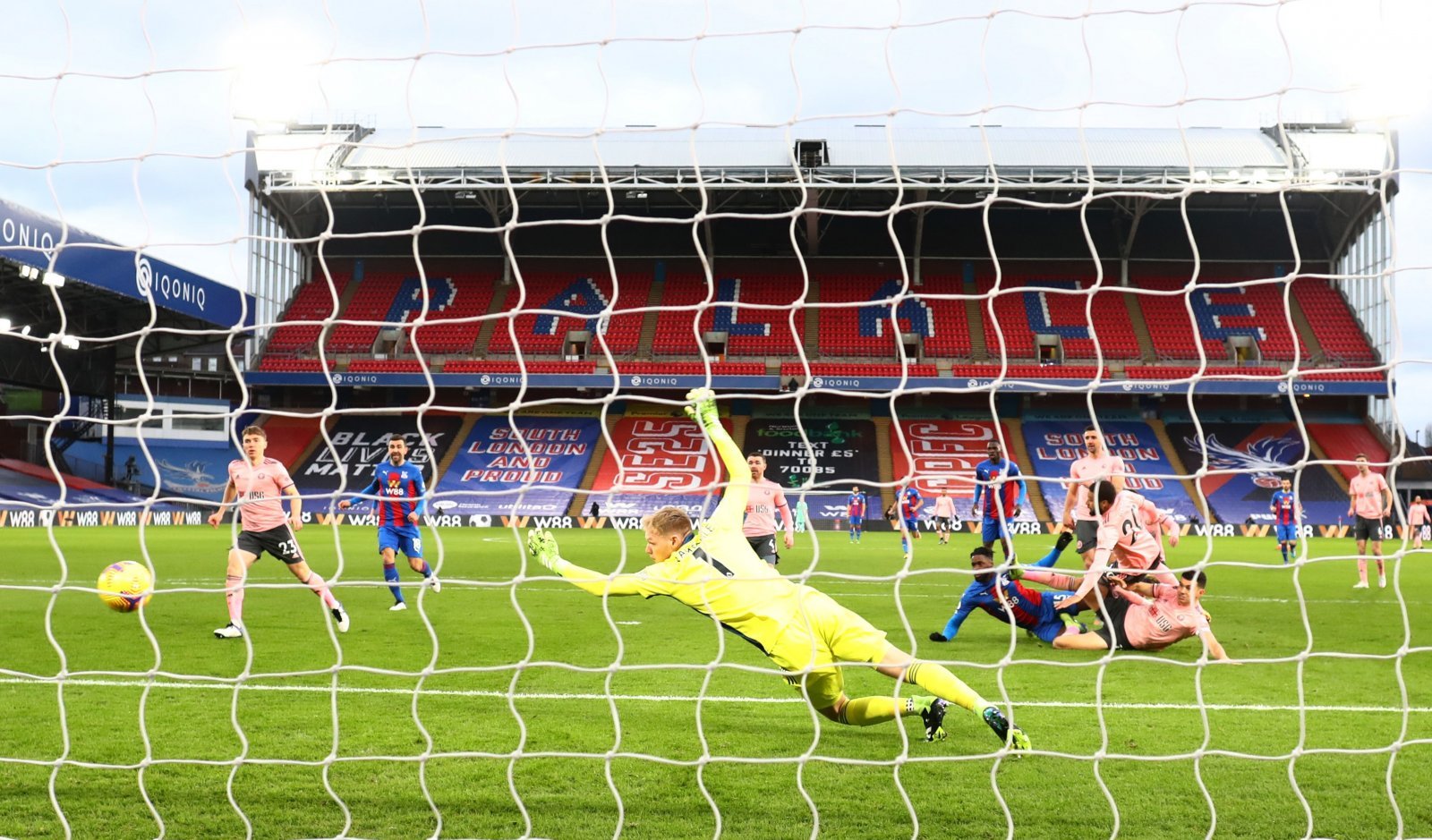 The early exchanges of the second half were slow and unproductive for either side, prompting Wilder to make a change just after the hour mark as Brewster replaced Mousset. Norwood was the next player to receive a yellow when he tripped Ayew.

The Blades soldered on, searching for a way into the game despite time being their enemy. With 20 minutes remaining, Osborn won a corner, Kouyaté headed the delivery clear before charging down Fleck’s effort. The third corner in quick succession was awarded to the Blades but the keeper collected at his near post after it was played short.

On 80 minutes, Hackford was introduced to make his debut, and became the clubs’ youngest Premier League debutant, replacing Osborn. Bogle’s cross wasn’t cleared properly by Tomkins but the ball fell awkwardly to Norwood and he couldn’t get his shot away.

At the other end, the hosts broke down the left with Zaha getting the better of Amapdu but Egan blocked to deny Townsend. Fleck entered the book as four minutes of stoppage time was announced. Hackford saw a sight of goal after Bogle was played through by Basham, but the final piece of action saw McGoldrick test Guaita from distance, and a late corner came to nothing.