End Is Nigh As Blades Suffer Another Defeat 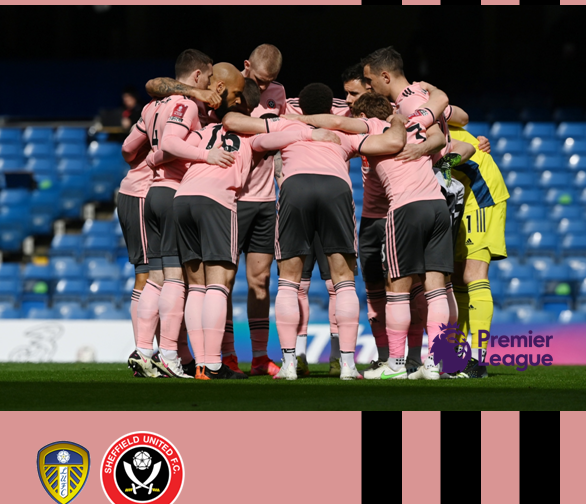 Sheffield United were defeated by a narrow margin as they lost the Yorkshire Derby at Leeds United by two goals to one. Ben Osborn netted his first goal for the Blades in first-half stoppage-time, cancelling out Jack Harrison’s earlier goal. The Whites won the match when Phil Jagielka turned the ball into his own net. The defeat keeps United bottom of the league with games running out in their plight for Premier League survival.

Interim manger Paul Heckingbottom named an unchanged side from the side that lost at Chelsea in the FA Cup a fortnight ago, with the exception of Ethan Ampadu who was ineligible to face Chelsea and returned to the bench at Elland Road, as did John Egan after returning from injury.

The early exchanges was an even contest from the off, Raphinha fired over a free-kick after Roberts was fouled and moments later, Lundstram went into the book following his challenge on Roberts. At the other end, United won a corner but the delivery was over hit by Norwood as he targeted the far post. Ramsdale was put into action when he saved Phillips effort after he won possession from high pressing. The keeper then was on hand to deny Dallas.

Leeds opened the scoring on 12 minutes through some neat play. Roberts picked out Raphinha’s run; he beat Baldock before sliding the ball across the box, leaving HARRISON the simple task to tap home into an unguarded net. Despite falling behind the Blades remained a threat from set-pieces, winning a free-kick and a corner in a short space of time.

At the other end the hosts broke at pace and Baldock’s timed challenge diverted the ball away for a corner as Alioski aimed to fire. Ramsdale was again called into action on the half-hour mark to prevent Harrison from doubling his tally, before play stopped for Baldock to receive treatment.

McGoldrick was next to be cautioned after he handballed following a slip under pressure from Cooper. Heckingbottom was forced into his first change of the game with Baldock unable to carry on, with Ethan Ampadu replacing the right wing-back on 44 minutes.

The visitors levelled the score in stoppage-time. Fleck and McGoldrick combined to play out McBurnie; his shot on the angle was deflected into the path of OSBORN who sliced home with the ball clearly crossing line despite attempts by Ayling to block on the line.

Leeds netted early on in the second half through fortunate circumstances to more or less kill the game as a contest. Despite the narrow margin the Blades were unable to get a grip of possession. Harrison was able to play a low cross across goal with JAGIELKA deflecting into the United goal four minutes after the re-start.

Ayling forged a cross on the hour mark as he surged forward but Ramsdale was firm in keeping out Bamford’s volley. Slowly the Blades did gain some momentum and following good play, Bogle saw his effort blocked by Ayling after being played in by good play from Fleck and Ampadu. Moments later, Burke replaced Norwood.

Brewster replaced a tired Bogle with 17 minutes remaining after he received a whack to the face. A goal behind, the visitors threw bodies forward for a free-kick, but on the break, Raphinha found Dallas but he wasted a golden opportunity to extend their lead after he dragged the ball wide.

United refused to accept defeat despite the clock slowly ticked down. Brewster fired wide from distance with keeper Meslier rooted to the spot, before Burke fired wide across the face of goal with the stopper again looking worried. Five minutes of stoppage time was added, United continued to commit bodies forward but were unable to find that elusive goal to earn a point.