Confirmed: Clark signs for the Blades 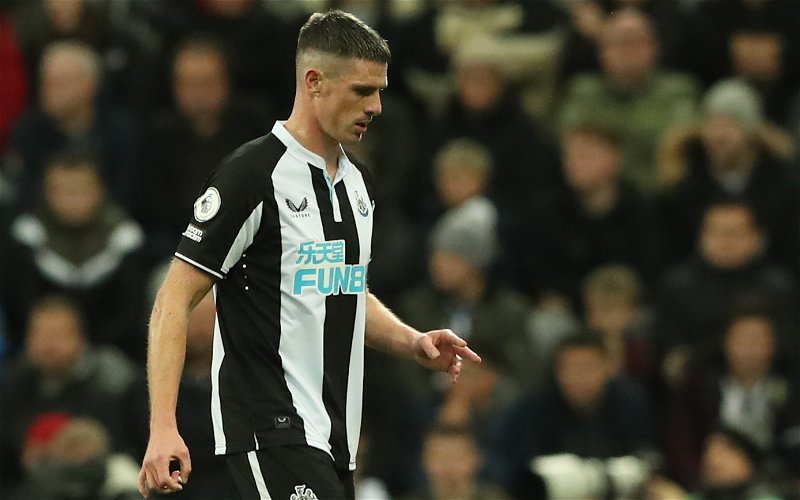 Today the club announced the signing of experienced defender Ciaran Clark on a season-long loan.

Clark, 32, will help strengthen United’s defence, particularly at the left side of a back three. Clark started 12 times for Newcastle in the Premier League last season. He has been capped 36 times for the Republic Of Ireland.

United bringing in Ciaran Clark has many benefits. United now have experienced players they can call upon, rather than relying on depth/cover from the u23’s. Now that this deal is over the line, this move can now allow youngsters Kyron Gordon and Kacper Lopata to go out and gain vital first team experience on loan somewhere.

Here are some words from United’s new signing:

“I’m delighted, I’ve had a couple of conversations with the manager, we talked about the style of play, me knowing a few of the boys and the challenge that is in front of us.”

“I’m looking forward to playing regularly, fitting into the style of play and formation. We know the Championship is tough but with a huge togetherness and a big effort by everyone, the squad has the quality to get out of the league. I saw how close the club went last season and the aim now is to get promoted.” [Via Sheffield United website]

With this addition United now have a stacked defence in all three centre-back positions. The likelihood is Jack Robinson and Ciaran Clark will compete with each other for the left side, John Egan and Ciaran Clark compete for the middle spot, with Chris Basham and Anel Ahmedhodzic battling for a starting position down the right.