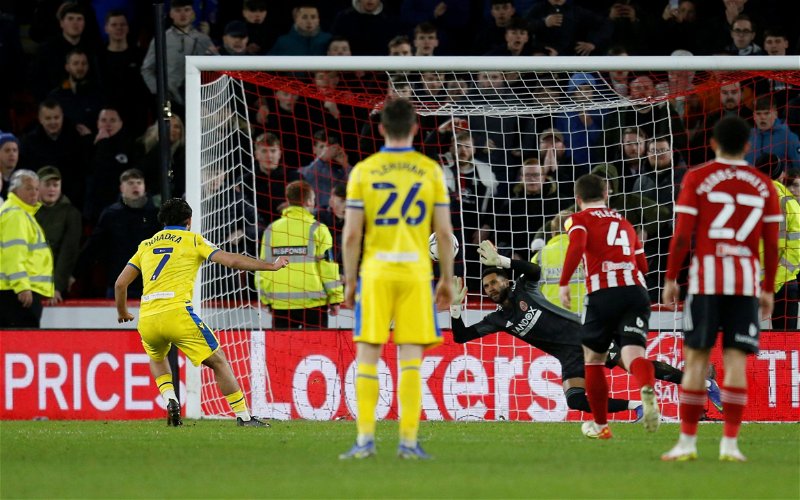 The loan signing of Reda Khadra could be described as a masterstroke by Sheffield United, because if he performs as good as he’s expected then United could sign the tricky German permanently.

The 21 year-old gives United the opportunity to play different variations of the wingback system. Heckingbottom could field a 5-2-1-2 formation with Khadra as a floating attacking-midfielder. He could even field a 5-2-2-1 with two players roaming around, and sucking the opposition into the halfspaces with them. Or United could be more offensive and play 5-2-3, doubling up the attacking threat down the sides with a wingback supporting the wingers or inside forwards.

There are going to be a lot of comparisons this season between Khadra and Morgan Gibbs-White of last season. Although they are similar, I would describe Gibbs-White as the more ‘silkier‘ of the two, whereas Khadra is the more ‘explosive‘ and more of a direct threat of the two.

If we look at the numbers from last season, it kind of backs up that statement. Khadra attempted nearly double the amount of dribbles per90 (6.66) than what Gibbs-White did (3.50). Khadra’s dribble success ratio was also higher than Gibbs-White, registering a 45% success rate, compared to Gibbs-White’s 41% success rate.

Additionally, further evidence to back up the statement is in the percentage of touches inside the opposition box. 11% of Khadra’s touches in a game are inside the opposition box, in comparison to 7% of Gibbs-White’s touches. But, Gibbs-White registers more touches in the box per90 with 5, versus Khadra’s 4. This essentially outlines that Gibbs-White has more touches of the ball in a game than what Khadra does, hence why Khadra has a higher percentage of his touches coming from inside the box.

Which brings me to my other point, Gibbs-White is much more involved in the build-up than Khadra is which is easy to conclude when looking at these per90 numbers here: 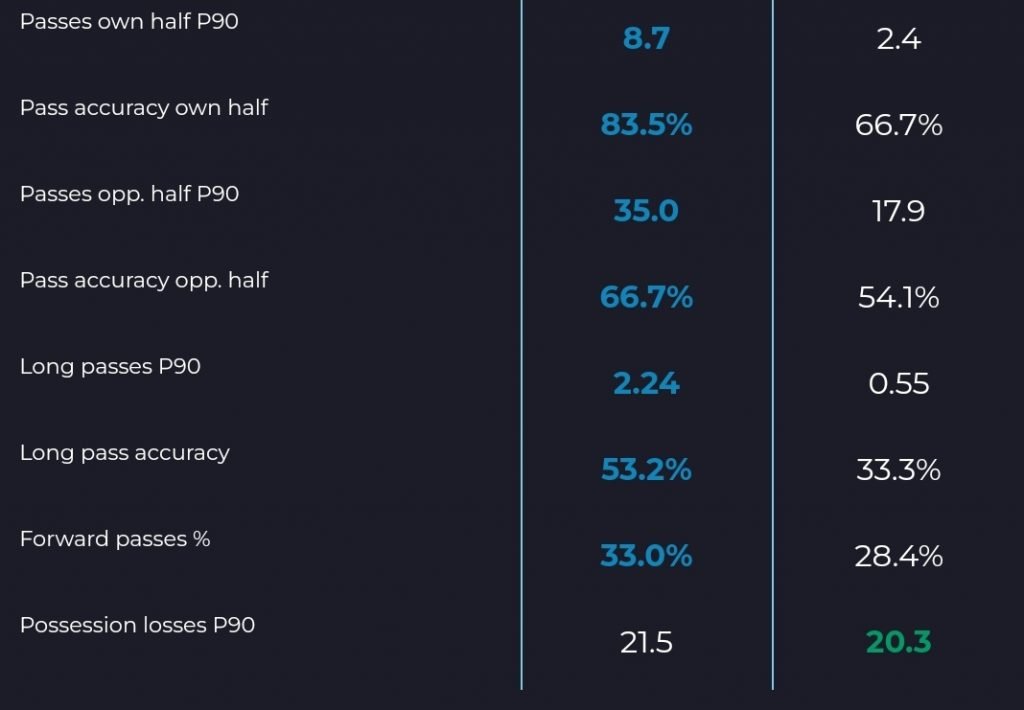 To conclude, like I mentioned earlier, people are going to constantly compare Khadra after games to what Gibbs-White did last season. As I stated earlier, they are similar in terms of position, but different in role. Gibbs-White is the ‘silkier‘ player who will roam the middle and attacking third to help in build-up and progress play.

Whereas Khadra is the ‘explosive‘ direct player who won’t drop much to pick up the ball, but he will look to isolate a defender and drive towards the box with the ball. Khadra’s powerful dribbling ability will definitely improve our quick counterattacks.