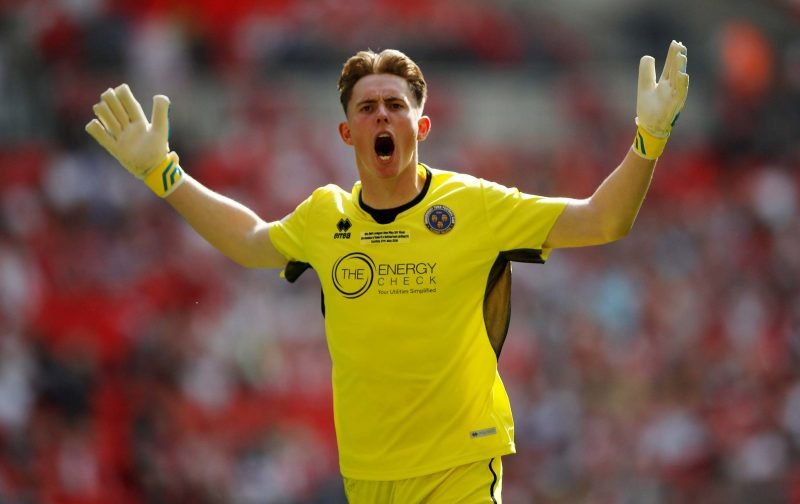 Sheffield United manager Chris Wilder continues with his summer plans for the club following our successful 2018/19 campaign that sees us return to the Premier League next season having secured automatic promotion and key to those plans will be in seeing if we can do a second deal with Manchester United for young goalkeeper Dean Henderson.

Having come up in last summer on a season long spell from Old Trafford, 22-year-old Henderson quickly found his way into the hearts of fans and he’s made no secret about how he’s enjoyed his time at the club and his own hopes that a deal can be struck that sees him remain with us.

With 21 clean sheets across the campaign handing him the Golden Glove for the second tier, Wilder was quoted by the Manchester Evening News over the weekend as saying that talks were going well, and he was confident he’d be back at Bramall Lane next term.

“We’re working our way through it. We’ve been in discussions with Manchester United and I think they see it as a positive that he gets a year of Premier League football under his belt. I know Dean definitely wants to stop and our supporters absolutely adore him. We’ve got a good relationship with Manchester United and if Dean signs we’ll be delighted. He’s been outstanding since he’s been at the club. He had a fantastic loan period at Shrewsbury, he’s kicked on and has a wonderful future ahead of him.”