“Why put an age on it?”: Controversial pundit Souness offers a solution to Dean Henderson issue 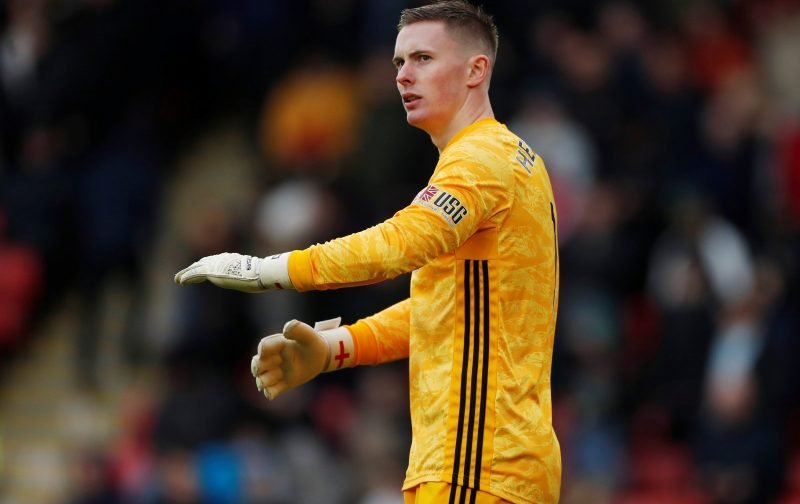 It’s an interesting theory to say the least.

I’m not entirely sure if it would work in reality, but at least we can’t accuse him of not thinking outside the box.

There has been plenty of talk surrounding the future of Blades’ on loan stopper Dean Henderson, and where he is going to spend not only next season, but also looking more long-term.

And speaking on Sky Sports ahead of our game with Manchester United, responding to Gary Neville’s comments about Henderson not being ready to take on the pressure of being the number one at Old Trafford, controversial pundit Graeme Souness offered up a rather unique solution to try and get the best of both worlds:

“Why put an age on it? If he’s good enough, he’s ready. I’d get him back; if he puts De Gea under pressure and you get the best out of both of them, you’re doing your job. I think the clock’s ticking on De Gea, I do. Henderson sees himself as being ready and I like that. You won’t find out if he’s ready until you bring him back.”

I told you it was going to be a bit of a different approach didn’t I?

Perhaps we should give Souness the benefit of the doubt that he doesn’t know the entire situation, such as Henderson making it clear that he wants to be the number one at Old Trafford, and that if he isn’t going to get it next season then he has said he’s going to come back to Bramall Lane.

But who knows, perhaps that’s the way that it is going to end,

What about you? What do you make if Souness’ comments?