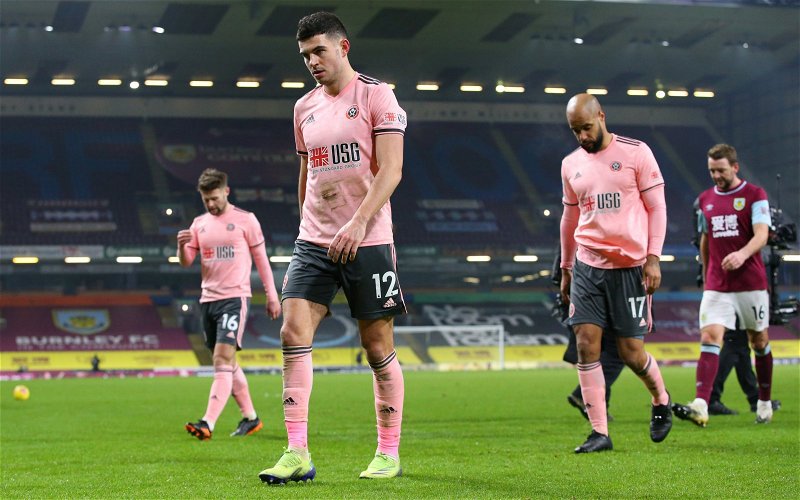 Sheffield United have ended 2020 in farcical state, rocking bottom in the Premier League table after 16 games played and with only two points to their name. They remain the only English club in all four tiers of the Football League pyramid yet to win a league match. Relegation to the Championship looks almost certain unless, by some miracle, they can turn it around. But how have they managed to get into this mess?

United ended the 2019-20 season with three straight defeats, and continued that poor run of form with 16 league games without a win and being dumped out of the Carabao Cup at the first opportunity (at Burnley), leaving the S2 side 20 games since their last victory – they are arguably the most consistent side in the Football League currently, and not for the right reasons!

This season, Leeds United are as Sheffield United were last season, written off by pundits before a ball was kicked but have managed to win over the doubters with their style of play. Importantly, for the Whites, they have points on the board and like United, last season will no doubt finish high enough up the table without seeing a glimpse of the bottom three.

United’s next three league fixtures are vital. They travel to Crystal Palace in their next fixture this Saturday, before taking a break to face Bristol Rovers in the FA Cup. Back in the league, they host Newcastle United (12 January), and Tottenham (17 January), failure to gain any points from those games and I cannot see the Blades standing any sort of chance of surviving relegation. 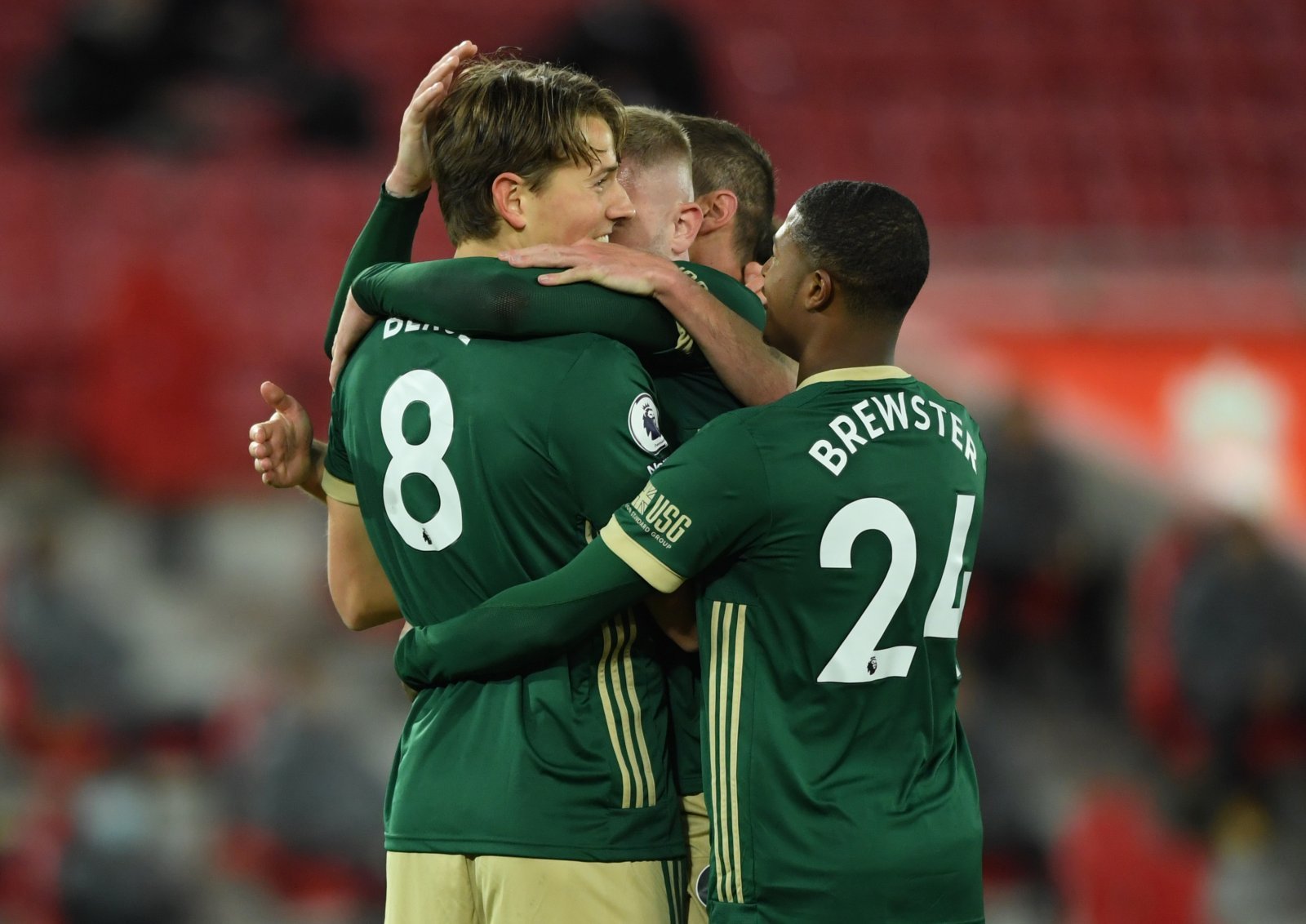 How has it gone so wrong?

It isn’t always easy to pinpoint any particular reason as to why United are where they are right now. Those who are superstitious will put it down to the myth of ‘Second Season Syndrome,’ that has seen some clubs in their second year of Premier League football relegated. However, in Sheffield United’s case, I believe that it is all down to lack of investment, which is purely down to club owner Prince Abdullah who simply doesn’t have the type of investment to give Blades boss Chris Wilder the type of war chest that other clubs have the luxury of. Last April, TalkSport reported a league table with the 20 Premier League chairman listed financially. Whilst this listed the three clubs that were relegated last season (Norwich, Watford and Bournemouth), and excludes the trio that was promoted (Leeds, Fulham, and West Brom), the table lists Prince Abdullah bin Mus’ed as 17th in the table –a long way off being financially able to mastermind a serious investment in a transfer window.

It is also worth noting that until September 2019, the investment made to bankroll last season’s squad was jointly invested by former chairman Kevin McCabe who, in a court battle, was forced to sell his share and club assets to Prince Abdullah.

This pre-season is the first that Prince Abdullah has had to endure as the sole owner of Sheffield United FC, and whilst he has invested money, it wasn’t as much as what other clubs spent on players. The Blades spent in the region of £50million, recruiting Aaron Ramsdale, Rhian Brewster, Max Lowe, and Jayden Bogle, as well as securing the loan signing of Ethan Ampadu. They also purchased Ismmailia Coulibaly before shipping him out on loan, as well as the free transfer of Wes Foderingham and, of course, Oliver Burke was signed as part of a swap deal involving Callum Robinson.

In addition to the lack of investment is the return of football, without fans. Some clubs have been allowed to allow a maximum of 2,000 spectators into their ground but Sheffield has been in a higher tier and as of yet are still awaiting that little piece of enjoyment. The Blades haven’t seen a crowd at Bramall Lane since 7th March when they beat Norwich by a single goal. No crowds or lack of them leads to no gate receipts which also affects the clubs’ financial stability. Unable to show real clout in the transfer market has affected United badly.

Injuries also have played a key part in the Blades leaking goals this season. At present, the Blades have conceded 27 league goals this season, whereas they only conceded 38 throughout the entire campaign last season. United’s biggest loss in their defensive trio is Jack O’Connell, who is expected to be sidelined for almost the entire season. He was a rock last season and hasn’t been replaced despite Chris Wilder trying several combinations with different players. 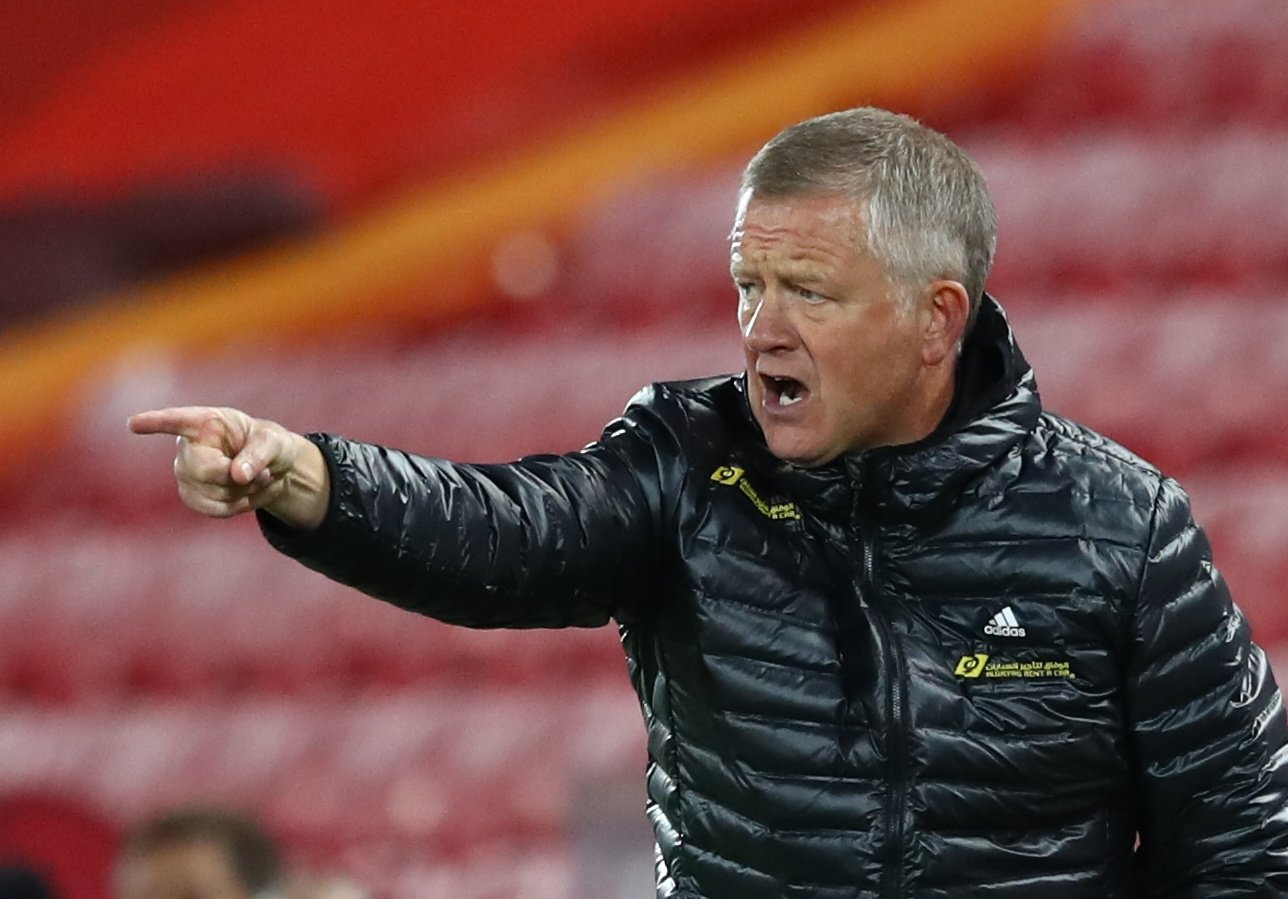 How can it be turned around?

Winning games is the obvious answer but the question is, how?

I am a massive fan of the current 3-5-2 formation that masers Wilder and his assistant Alan Knill have played since a few weeks into the 2016-17 season, but having gone so long without a win, and possibly not having the quality of players to play that system at this level this season, perhaps it is time to try something new. Exactly what, I’m not sure, maybe a more solid five at the back (5-3-2). Clean sheets would be the first step towards gaining points.

A serious investment in the transfer market is also needed. They must find a replacement for O’Connell as well as contract rebel John Lundstram who is set to leave the club, either in the upcoming transfer window or at the end of the season on a free transfer – either-or, United need him to find a new club quickly and employer a player who does want to play for the club.

United have been linked with several players, including a loan transfer for Manchester United attacker Jesse Lingard, as well as Emmanuele Dennis from Belgian side Club Brugge. Investment into the team may not save the Blades from relegation, but those signed permanently may be seen as a resurrection for a promotion bid in the Championship next season.