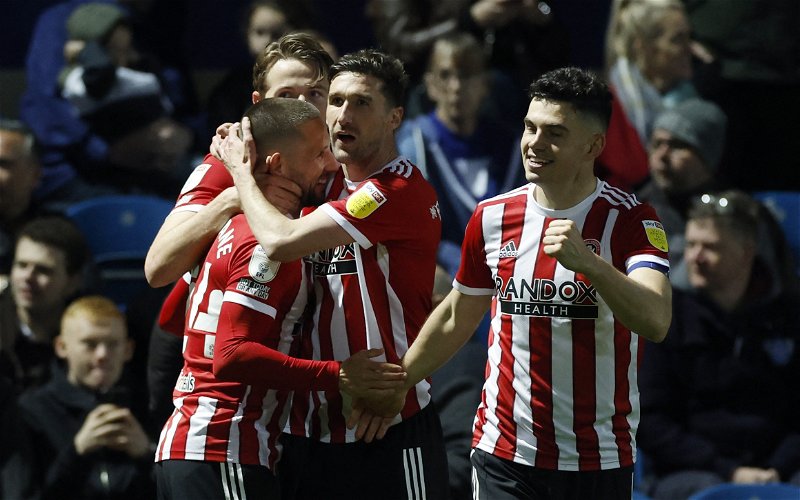 Unfortunately, for Sheffield United, it has gone down to the wire where they may require a positive result at home to Fulham to cement a Play-Off spot. They will have to be cautious with both Millwall and Middlesborough varying for the elusive spots which are currently held by both the Blades and Luton Town.

The Blades recorded a sucker punch last Friday night after they came from a goal behind at Queens Park Rangers. With goals from Iilman Ndiaye, Jack Robinson, and Conor Hourihane, United won the match 3-1 to add pressure onto the chasing pack who would play the following day. Middlesbrough’s 3-1 victory over Stoke City last Saturday kept their Play-Off dreams alive and will no doubt put pressure on the Blades. The victory left Chris Wilder’s side two points behind the sixth spot. Blackburn Rovers can no longer finish in the top six after they lost to automatic chasing AFC Bournemouth 3-0 at Ewood Park, whilst Millwall kept their hopes alive following a 3-0 victory over already-relegated Peterborough United, which leaves the Lions three points behind the Blades and a slim chance of making the top six.

Meanwhile, on Monday night, league leaders Fulham confirmed their Championship title following an overwhelming 7-0 victory over Luton Town. That defeat for the Hatters saw them slip into the sixth spot, whilst the Blades moved up a place.

The final day sees the Blades hosting Champions Fulham, whilst the two chasing parties have away trips. Middlesbrough will face Preston North End at Deepdale, whilst Millwall travels to Bournemouth. The Lions will need to leave the South Coast with maximum points whilst hoping that Boro and either United or Luton lose their fixtures. For Boro to reach the top six, they must beat Preston. If the Blades lose at home to Fulham, then Boro will be in the top-six and United will finish (at most) seventh! Should there be a draw at Bramall Lane, then Boro would have to win convincingly by three or more goals to knock the Blades off the sixth spot.

There is also a scenario that could see the sixth-placed Luton Town drop out of the Play-Offs at the final hour. They are level on points, however, their landslide defeat now means that the Hatters have the least goal difference than the teams involved. If they fail to beat Reading on Saturday, they may find themselves finishing as low down as eighth.

What do they need to do?

Sheffield United: For United, the objection is simple, even if the opposition won’t be. Win at home to Fulham and a Play-Off spot is guaranteed. However, should they draw then they will be hoping that Boro either fail to beat Preston, or win by a greater score-line than 3-0!. If United lose then they will need to pray that Boro either loses or draw at Deepdale.

Luton Town: Like United, a victory at home to Reading will guarantee the Hatters a spot in the top-six. Their objective is identical to the Blades; failure to win could see them out of the Play-Off zone, depending on the results elsewhere. There is a scenario where both United and Luton lose their fixtures, but Boro and Millwall either lose or draw and do not do enough to secure a top-six spot.

Middlesbrough: Boro must win their fixture at Preston. A draw or defeat will not be enough to secure a top-six finish. Should they win, then they will be relying on both United and Luton losing their fixtures. Should Boro, United or Luton end with the same number of points, then goal difference will be the deciding factor.

Millwall: The odds are stacked against them, 101/1 on Bet365 to be fact. They need to win at Bournemouth and turn around a five-goal deficit that both Luton and Sheffield United have in advantage. They also need to rely on Middlesbrough not winning at Preston. They can only reach the top-six via a better goal difference that Luton and United should they finish level on points.