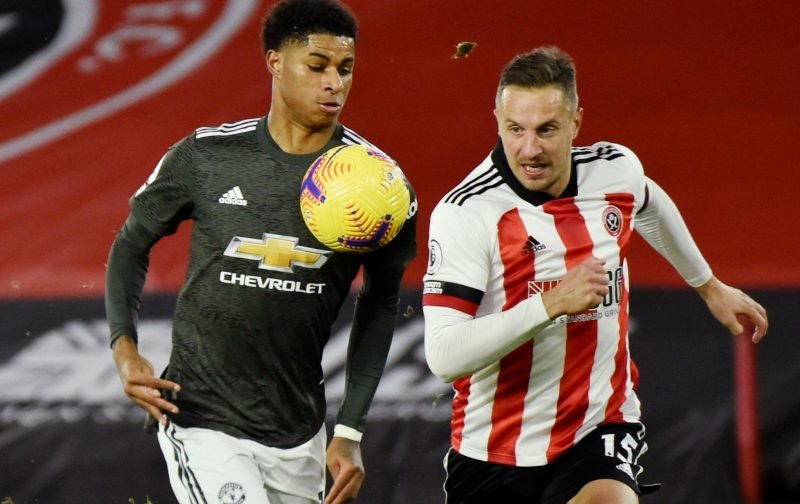 On 2nd June, Sheffield United announced that four first-team players will leave the club this summer. Phil Jagielka, John Lundstram, Simon Moore, and Jack Rodwell will exit the club this summer, whilst Academy players; Ashton Hall, and Tommy Williams will also be searching for new clubs. Defender Kean Bryan, who is out of contract, has been offered a new deal to remain at Bramall Lane for at least one more season under Slavisa Jokanovic, as they look to win promotion back to the Premier League at the first attempt.

The Blades are not the only club that will be releasing players this summer, following the completion of their current deals, with 27 players leaving their respective clubs.

There were several players from the Blades infamous 2016/17 League One Champions campaign, who are now looking for new clubs. Duo Mark Duffy and Paul Coutts have been released by Fleetwood Town, although the latter has already signed for Bristol Rovers on a one-year deal. Keiron Freeman was released by Championship club Swansea following their failed attempt at promotion, after losing the Play-Off Final to Brentford. Defender James Wilson will be leaving Ipswich for pastures new, as will striker Leon Clarke after one year with Shrewsbury. Meanwhile, forward James Hanson has been released by Grimsby following their untimely exit from the Football League. Former Blades and Owls striker Caolan Lavery has also been released by Walsall. 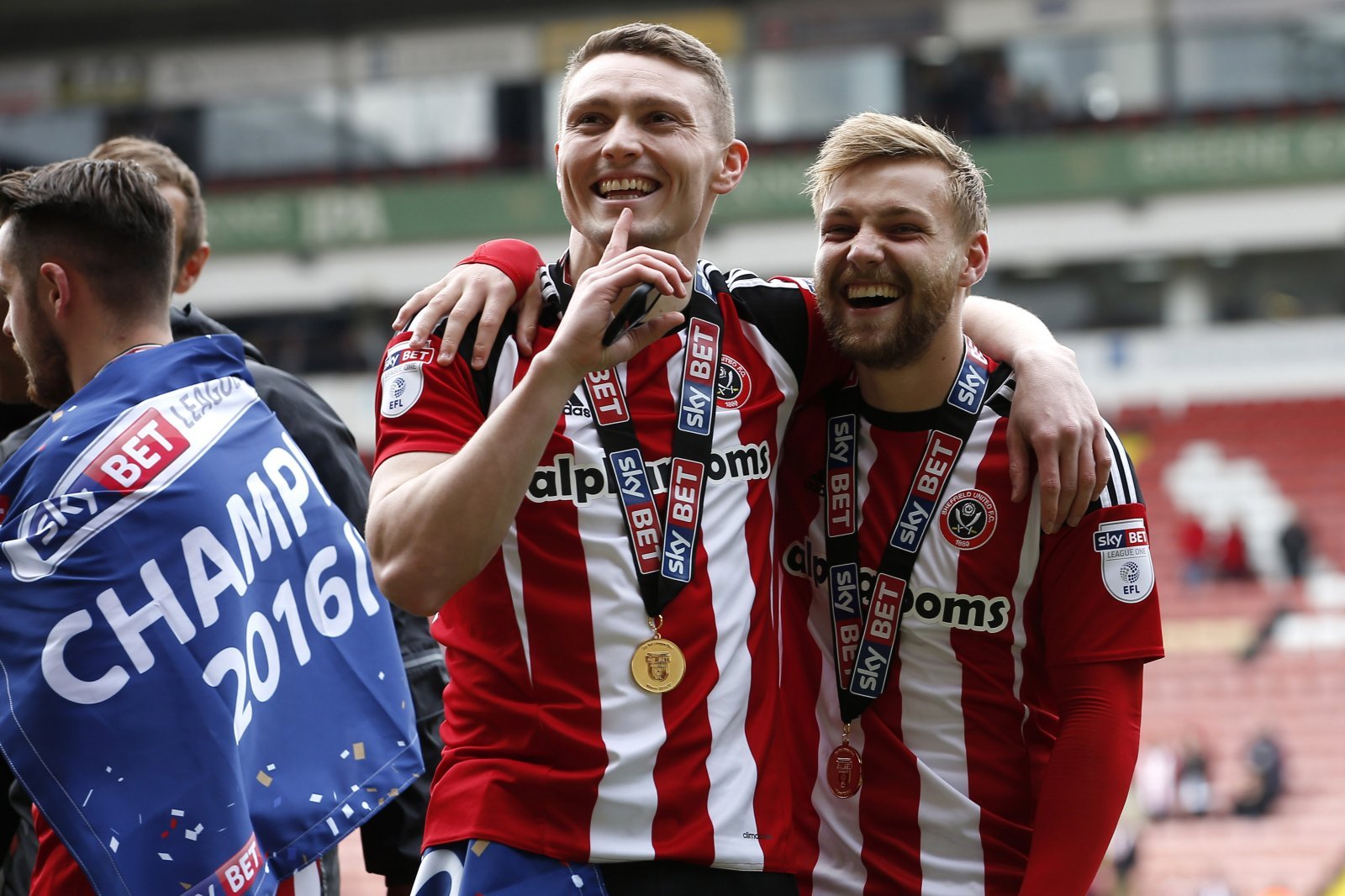 Caolan Lavery (left) has been released by Walsall, whilst Harry Chapman (right) has been offered a new deal to remain at Blackburn Rovers.

Former midfielder Lee Evans was released by Wigan Athletic and has been snapped up by fellow League One rivals Ipswich Town.

League Two outfit Scunthorpe have allowed Mark Howard, and Harrison McGahey to leave, though they are offering a new deal to former Academy starlet Jordon Hallam.

Championship side Blackburn are holding discussions with Harry Chapman, who played for the Blades on loan during the 2016/17 season, in view of extending his stay at Ewood Park

Following their successful promotion to the Championship, via the Play-Offs, newly promoted Blackpool have offered former Sheffield United and Wednesday striker, Gary Madine, a new deal to remain at Bloomfield Road next season. 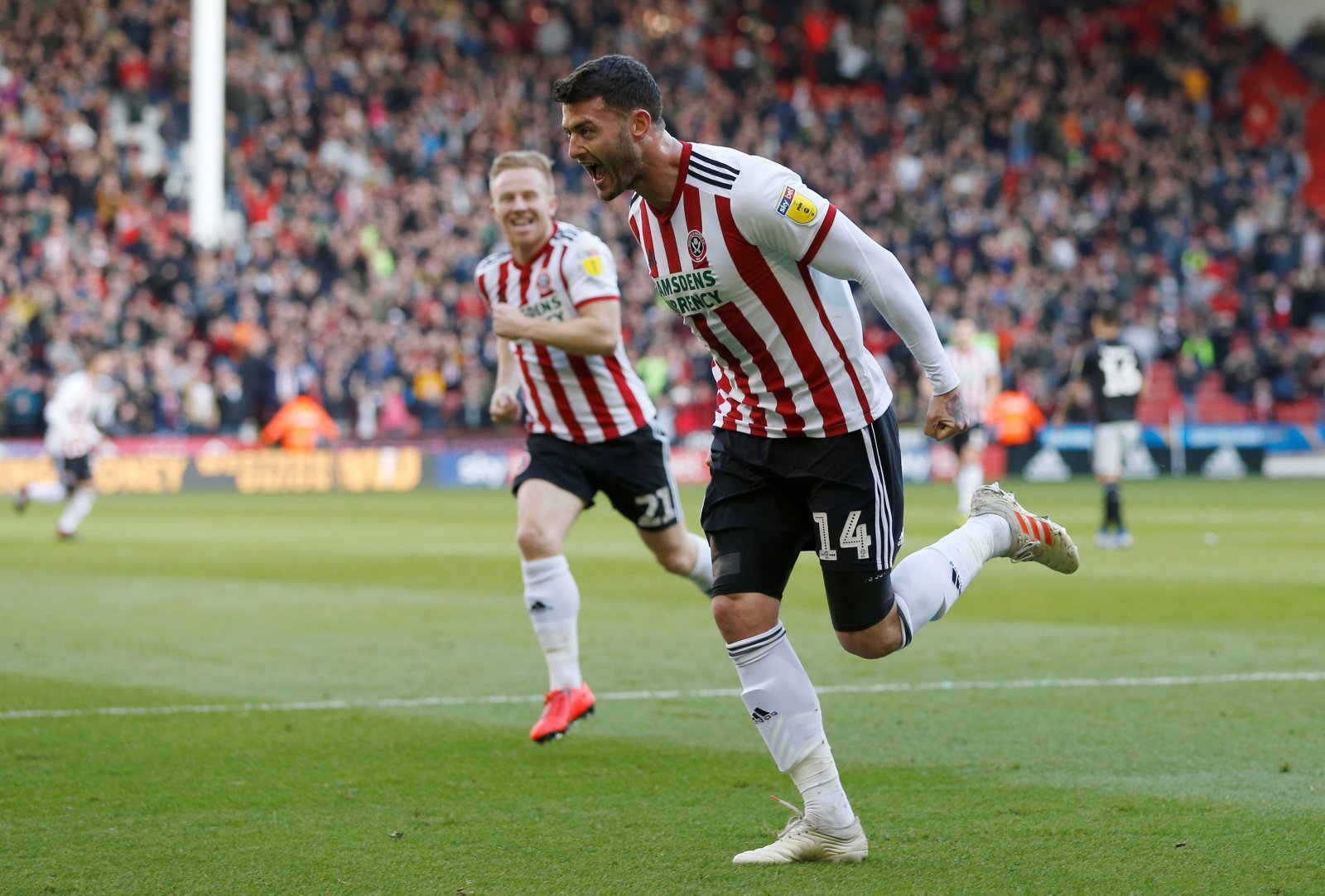 Gary Madine (#14), seen celebrating scoring against Reading en-route to the Premier League in February 2019, has been offered a new deal by Blackpool. Meanwhile, Mark Duffy (#21) has been released by Fleetwood Town.

Despite falling out of the Football League, Southend, who signed former Blades winger Ricky Holmes in February 2021, have offered him a new deal to remain at Roots Hall for their National League campaign next season.

A full list of released players, formerly with the Blades has been listed by Football Fragmento;