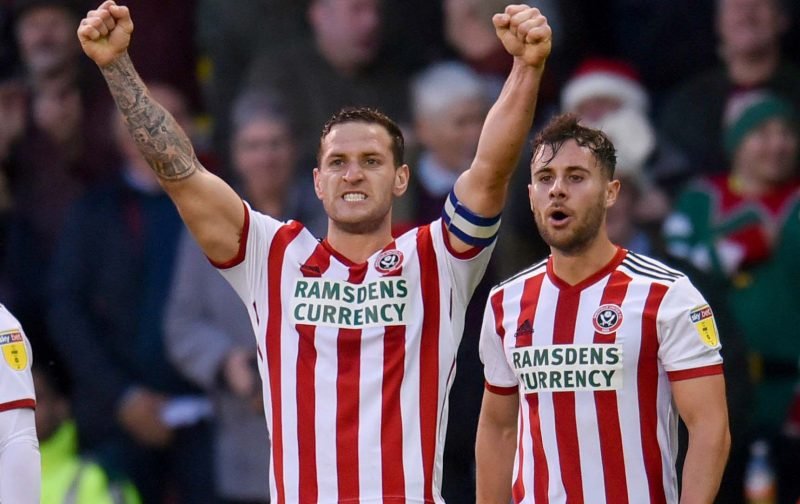 Sheffield United confirmed yesterday that unknown striker Billy Sharp has signed a new long term deal with the club, keeping him at Bramall Lane until the summer of 2021.

For those in the know, 33-year-old Sharp has scored 23 goals in 32 appearances across all competitions so far in the campaign of 2018/19 and on New Year’s Day he became the leading English league goalscorer of this century – he also struck his 100th club goal in the recent clash with Aston Villa.

⚔️ Chris Wilder speaks about Billy Sharp’s new deal, which will see him remain a Blade until the Summer of 2021.#SUFC #TwitterBlades pic.twitter.com/1NWyv8qfHu

“Billy is a natural goalscorer for us, we are delighted we have negotiated so that he can extend his period with the club. I would imagine he is looking forward to more successful times, he looks after himself and has that drive and desire to keep pushing on. The group has evolved and improved in my time here and he has done likewise.”

It’s fantastic for Blades fans to have Sharp signed up for longer and the contract couldn’t have been better timed really after the recent humourous controversy. Fans will also be delighted to see Wilder’s take, as per the above Tweet sent out by the club on social media.

Fans were certainly delighted as they gave their own reactions.

King Billy worth every penny and more ????⚽️