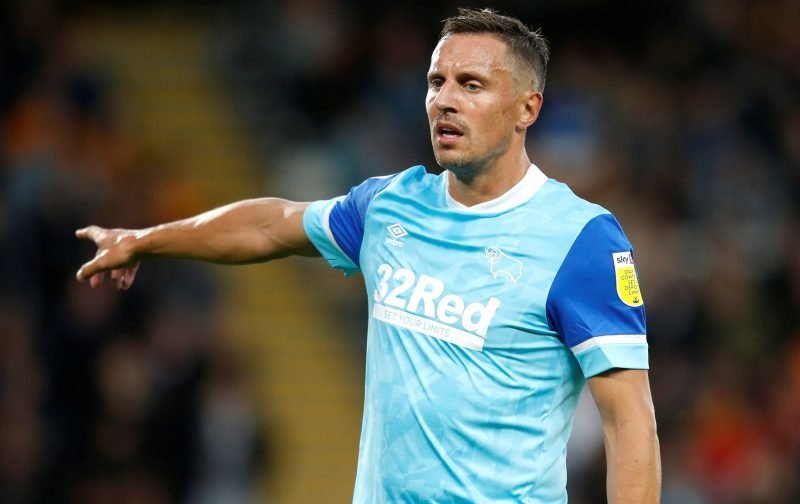 Sheffield United will be looking to make a safe passage into the third round of the Carabao Cup tonight when they host Derby County at Bramall Lane (kick-off; 7:45 PM). Wayne Rooney’s Derby could field three former Blades, which could prove to haunt United in their bid for an easy passage.

The second round will see the majority of the Premier League sides enter the Carabao Cup, after receiving a bye in the first round. However, seven of the twenty clubs, who are competing in various European competitions, will enter the third round stage. The Blades will host Derby County in the second round stage and will hope to be in round three following the final whistle. However, should the match be level at 90 minutes then the game will be decided on a penalty shoot-out with no extra time being played out! 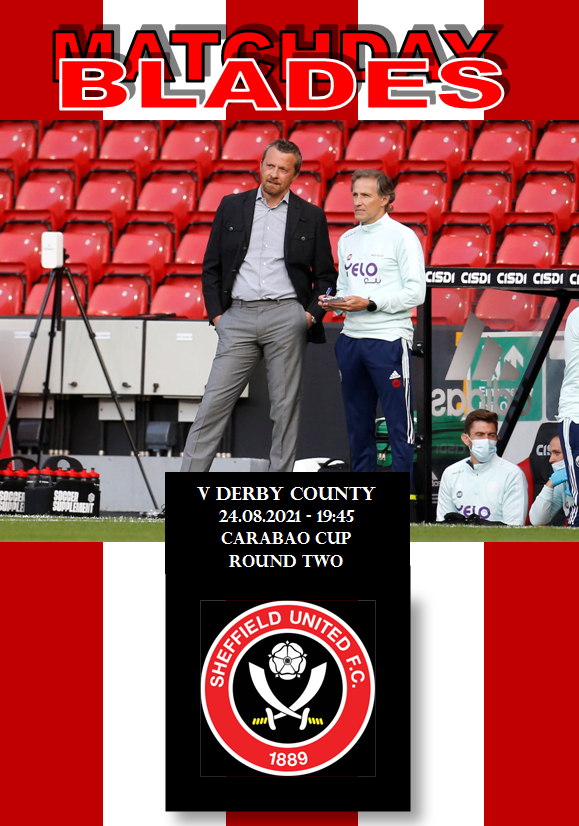 The Blades come into this fixture on the back of that dramatic, and heartbreaking (late) defeat to Huddersfield Town in their Yorkshire Derby match at Bramall Lane last Saturday. Billy Sharp had levelled in the second half, netting his 250th career goal, but the Terriers netted a late winner to win the match 2-1 and leaves United still in the hunt for their first league victory of the season.

Here's how we line up this afternoon. 👊

Come on you Blades!! 🔴 pic.twitter.com/8xGfnvTDxF

Blades boss Slavisa Jokanovic had made five changes to side at the weekend but is likely to rotate the entire eleven once again. He has already made an omission that keeper Michael Verrips will face the Rams this evening. The Dutch keeper made his league debut in the gruelling 0-4 defeat at West Bromwich Albion last week, and after failing to catch two crosses, which the Baggies profited from, many supporters believe that he has a lot to prove.

Despite being written off in pre-season, the Rams have made steady progress in the opening four fixtures of the Championship and lay fourteenth with five points on the board. They recorded a 0-0 stalemate at home to Middlesbrough at the weekend and will look to build on their decent start with a victory tonight and a place in round three.

The Rams were almost knocked out in the first round after falling behind to Salford City by a two-goal lead at Pride Park. However, the hosts pulled one back before the break before Colin Kazim-Richards levelled on 71 minutes. The Reds regained their lead minutes later, and with eight minutes spare, Ravel Morrison netted to make it 3-3. With no extra-time permitted, the match went to penalties, which Derby was faultless from their spot-kicks, winning 5-3.

Rams boss Wayne Rooney is likely to field Phil Jagielka to face his former club, whilst fellow defender, Richard Stearman, could start on the bench, whilst midfielder Ravel Morrison may also be included in the side to face the Blades at Bramall Lane.

However, Colin-Kazim-Richards, another former Sheffield United player, is unlikely to feature as he suffers from an Achilles injury and is likely to return sometime in November. They are also expected to be without Jason Knight (ankle), Krystian Bielik (ligament), through injury.

They are likely to start with former Reading striker Sam Baldock in attack, and if Mr Jokanovic selects George Baldock, the brothers will face one another. 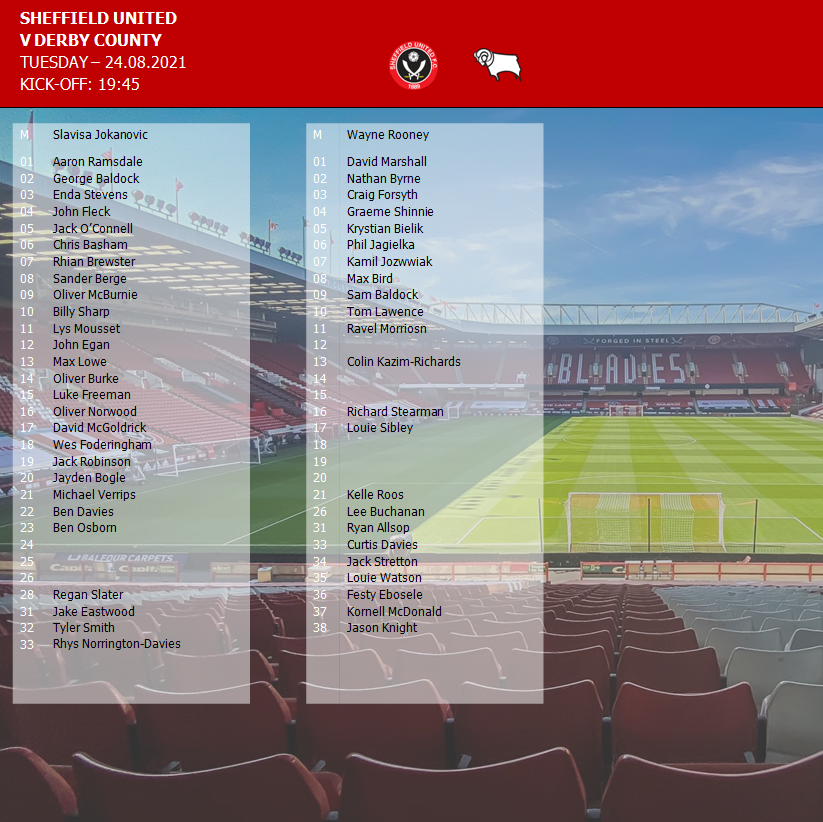