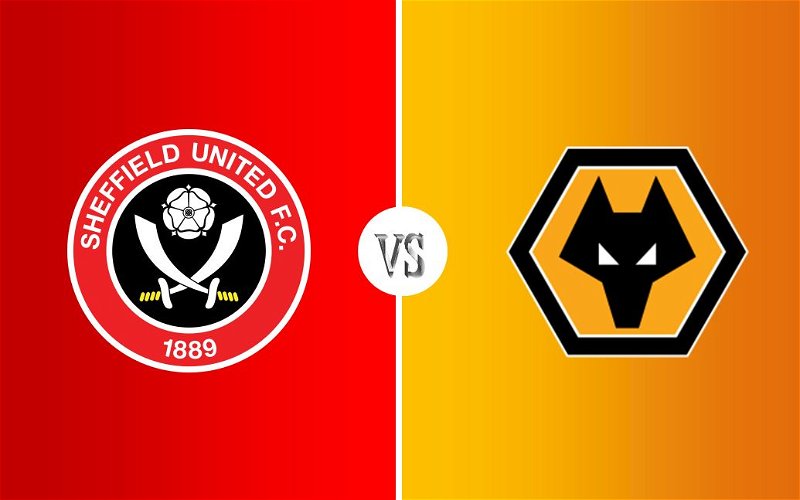 SkyBet Championship side Sheffield United travel to Premier League Wolverhampton Wanderers at Molineux tomorrow (kick-off: 2:00 pm), for the first time in the FA Cup for 56 years. The odds will be stacked heavily against the Blades claiming a scalp but will head to the Midlands with nothing to lose.

Whatever happens in this tie tomorrow, the game will be settled on the day after the Football Association announced on 21st December that any games drawn at 90 minutes will not result in a replay, typically played ten days after, for Rounds Three and Four. Should tomorrow’s clash at Molineux end all square, then 30-minutes extra-time will be played out, followed by a penalty shoot-out (if necessary). 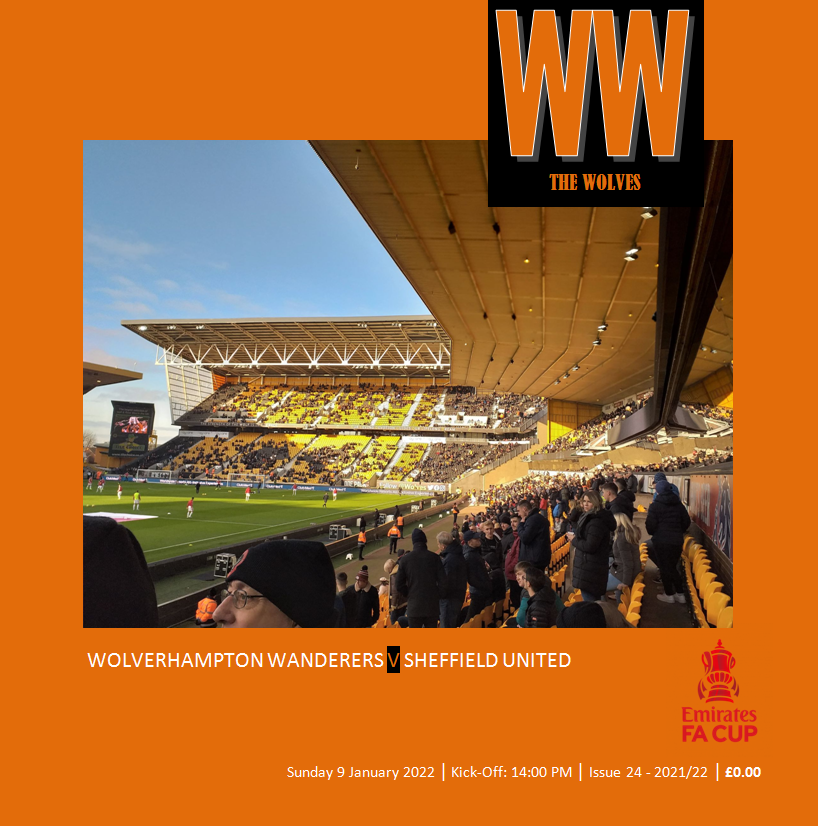 Sheffield United has been left frustrated after four of their last five Championship fixtures have been postponed due to a Covid1-19 outbreak within the opposition camp. Other than their scheduled home fixture with QPR on 13th December, United also saw their Boxing Day tie at Preston North End postponed, as well as at home to home to Hull City, on 29th December, as well as their New Years Day encounter at home to Middlesbrough – leaving their 1-0 victory at Fulham on 20th December as their last port of action This came via a sensational third-minute goal from youngster Iliman Ndiaye. The victory extended United’s unbeaten run to five matches, having won their previous four consecutive fixtures.

Paul Heckinbottom is expected to be without keeper Robin Olsen (muscle), through injury, for the trip to Molineux, with the reliable Wes Foderingham expected to deputise. He will also be without star midfielder Morgan Gibbs-White (knee), though on-loan from tomorrow’s opposition, it is likely that he wouldn’t have featured against his parent club. However, he has returned to Molineux for treatment but will return to Bramall Lane upon recovery. United will also be without striker Rhian Brewster (hamstring), and defender Jack O’Connell (knee), through injury.

The last time that these two met was in the Premier League on 17th April 2021. In a disappointing season, typically, it ended in defeat with William Jose, if only by sheer luck, netting the game’s only goal on the hour mark. Whilst one game doesn’t define the entire season, and whilst the performance didn’t merit a 1-0 defeat, it was a pivotal match where defeat sounded the Blades long-awaited relegation from the top flight after two seasons.

They made it to Round 5 in last season’s competition. After sweeping past Crystal Palace (1-0), and at non-league Chorley (1-0), in rounds three and four, before coming unstuck in round five at home to Southampton, losing 2-0.

In the Premier League, the Midlands club has made great strides in the 2021-22 campaign, and currently lay eighth in the table, and are unbeaten in their last three outings, having won two, including last Monday night’s impressive 1-0 victory at Manchester United, and a 0-0 draw against Chelsea.

Wolves may be without highly-rated forward Adama Traore, who has been highly linked with a move to Liverpool in the January transfer window and may opt to rest him with an anticipated move to Anfield. However, Wolves boss Bruno Large is expected to be without Johnny Otto, Pedro Neto (both knee), Hee-Chan Hwang, Yerson Mosquera (both thigh), and Willy Boly (calf), through injury. Meanwhile, the Molineux club has recalled defender Dion Sanderson from his loan spell at Birmingham City, and he may be included in the squad to face the Blades tomorrow.