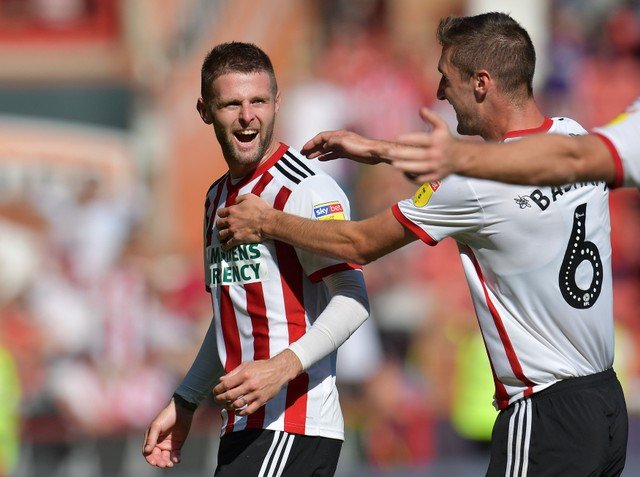 As per the loan deal with the Seagulls, there was a buy clause in place that came into play this month and whether it was automatic and obligation or we simply had to say ‘yes’, we have done so and the deal becomes permanent for an undisclosed fee for the Northern Ireland international.

It’s rumoured by some in the media to be a £2million deal.

Most fans won’t be surprised at this news, but for those Blades who put some stock in the rumours that rumbled on over the last month or so that Norwood could be poached by opposition clubs whilst he remained ‘technically’ only on loan with us, it will come as a relief.

✍️ The formalities have been completed on Ollie Norwood’s permanent switch from @OfficialBHAFC.

⚔️ The Blades have paid an undisclosed fee for the Northern Ireland international who has impressed since arriving on-loan at Bramall Lane in August.#SUFC pic.twitter.com/VQTLgsedC0

Reacting to the announcement, fans were certainly delighted given what we’ve seen from him so far in our shirt this season – 24 appearances.

The club have also confirmed tonight that Ryan Leonard and Lee Evans have made their loan moves with Millwall and Wigan Athletic respectively, permanent also.