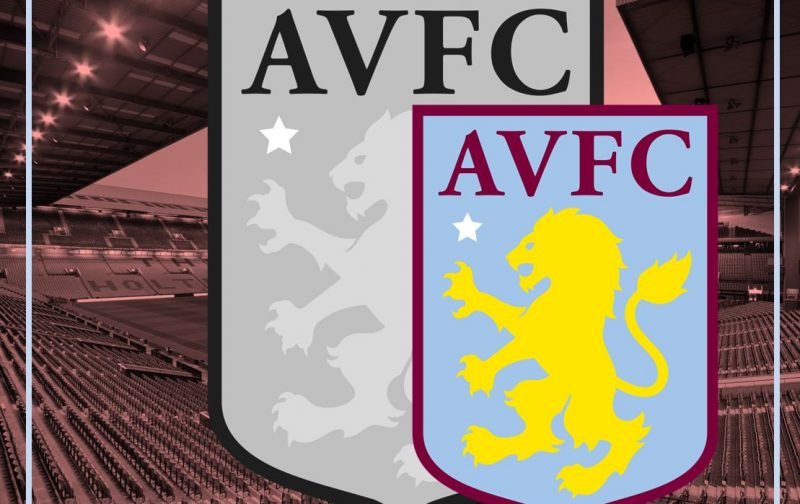 Sheffield United will be looking for their first win of the new 2020-21 season when they host Aston Villa today (kick-off: 18:00), who will be playing their first league game of the season. Supporters of the Blades will be hoping that they’ll not be a repeat of last seasons’ drama in the same fixture. 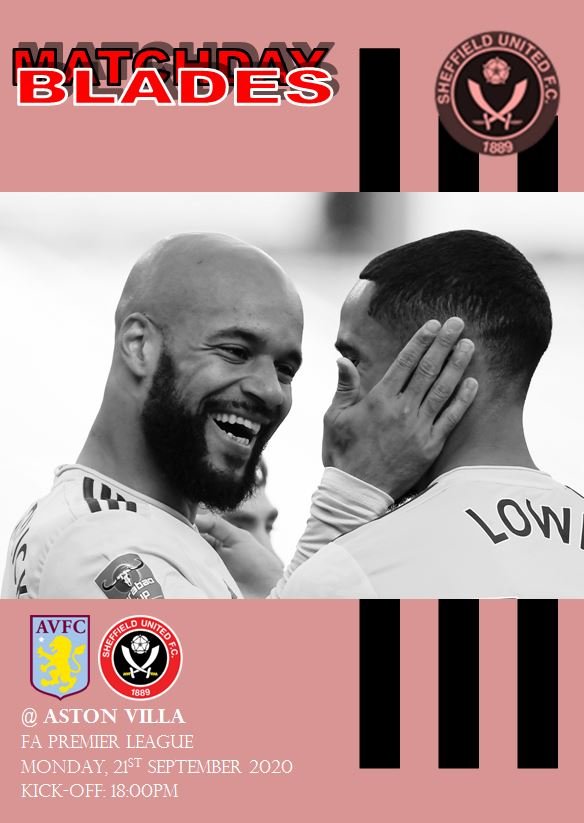 Sheffield United come into this game on the back of facing Burnley at Turf Moor in the Carabao Cup last Thursday night. The game was drawn level at 90 minutes with Matej Vydra’s goal on 67 minutes cancelling out David McGoldrick’s fourth-minute strike. Under competition rules, the game went straight to penalties with the hosts converting all five spot-kicks. Oli McBurnie missed his with the Blades being eliminated at the first attempt.

Regardless of that the result from that fixture, the Blades will be looking to bounce-back from the opening days 0-2 defeat to Wolverhampton Wanderers a week ago, which saw the Molineux side race into a two-goal lead inside six minutes. It was a hammer blow which United failed to recover from despite creating a more positive performance in the second half.

No doubt the media will take an interesting spectacle on this game at Villa Park. In June this year, this fixture was chosen as the FA Premier League’s first game back at the re-commence of the re-start. The game finished goalless but there was one piece of action which hit the headlines. As the first half drew to a close, an in-swinging Oliver Norwood. Replays show that the ball crossed the line, however, no goal was given.

The Blades saw Norwegian Sander Berge return from a knee injury which he picked up whilst on international duty, returned to the starting XI at Turf Moor last Thursday, and could be included in today’s starting line-up again. United will be without keeper Simon Moore (wrist), and striker Lys Mousset (ankle). 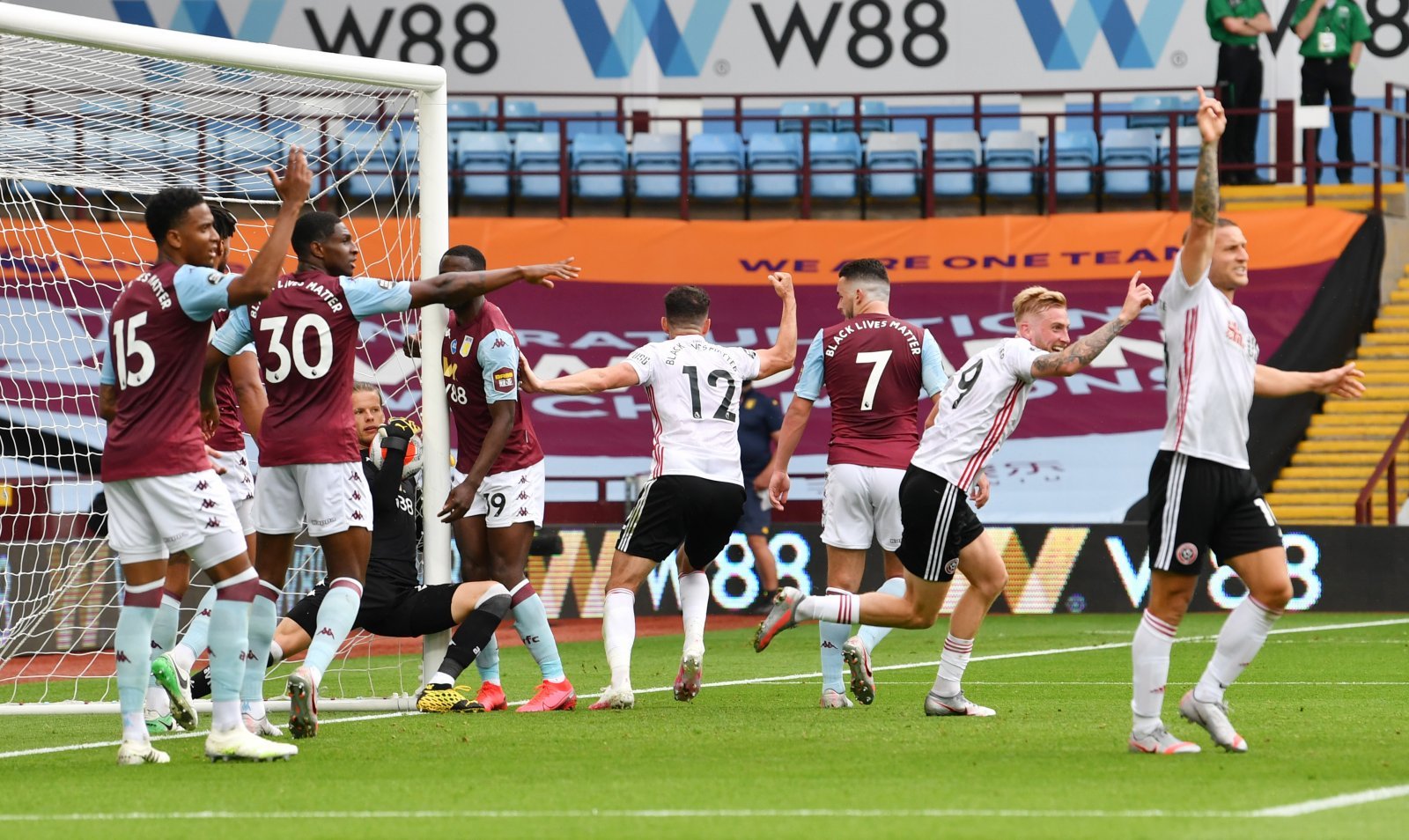 This will be Aston Villa’s first Premier League game of the season after their opening day fixture with Manchester City was postponed, to give Pep Guardiola’s an extra break having completed their European competition whilst the other clubs played our friendly fixtures. The fixture between Burnley and Manchester United was postponed for the same reason also.

With no fixture last week, the Valiants took part in a friendly against Manchester United, with the Claret & Blue side winning 1-0. They were, however, in midweek action in the Carabao Cup where they travelled to Burton Albion away from home, winning 2-1. They will face Bristol City at Ashton Gate in three days in the third round.

Villa boss Dean Smith has been active in the transfer market and has been quick to brining in Matty Cash from Nottingham Forest (£14million), and Ollie Watkins from Brentford (£28million + add-ons) – both of whom were heavily linked with the Blades in the last few months. The Villa Park club has also recruited Arsenal keeper Emiliano Martinez for £20million. They are also linked with a move for Danny Rose.

The new signings will probably make their Villa debuts today. However, they will be without Bjorn Engles (thigh) and, keeper Tom Heaton and Wesley (both knee), who have been ruled out by injury. Martinez, who has yet to be given a squad number, is expected to deputise in his absence. 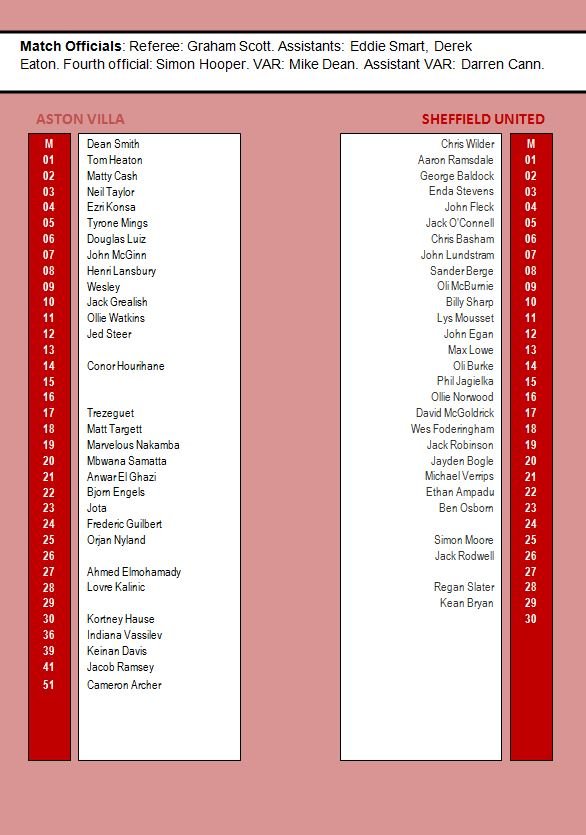