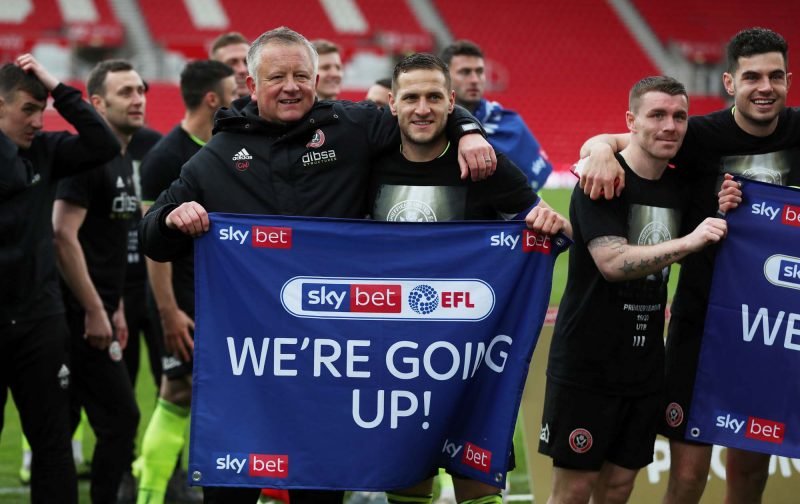 Sheffield United’s promotion to the Premier League is a great story. It was only two years ago that the Blades were playing in the third tier of English football, with current manager Chris Wilder at the helm even then.

Even though Sheffield United have made a number of new signings already, the club needs to recruit more players with Premier League experience if they are to ensure that they remain above the relegation zone in the 2019/20 season.

There’s no doubt that Sheffield United have brought in some of the best players in the Championship, splashing out on Luke Freeman from QPR and winger Callum Robinson from Preston North End. If the Blades do go down, they will be well prepared to go straight back up. However, the supporters will be hoping that they can stay in the top-flight, for the sake of creating great memories in the Premier League and for the club’s finances.

Although the signings from the Championship will excite fans, that leaves just Phil Jagielka and Ravel Morrison who have played a decent amount of football in the top-flight, Jagielka especially. Although Morrison has the talent to do very well, problems off the pitch have prevented the midfielder from being a top class player. This move could allow Morrison to really fulfil his potential.

Jagielka, who has played for Sheffield United before, is now 36. Considering his age, this signing looks like a short-term solution.

Chris Wilder may benefit from using the loan market to recruit other players ahead of the PL season. Ethan Ampadu is just one of those players who is very likely to go out on loan, whether that’s in the Premier League or Championship.

Optional loan to buy purchases could also work in the Blades’ favour. This means that the club would not have to purchase these players permanently if they are relegated back to the Championship. However, if they do stay up, they may need these loan players permanently to stay up in the Premier League for the long term.

Decisions like this will also be important for Financial Fair Play rules, which has had an impact of several clubs including Birmingham City, who had a points deduction in the Championship last season for breaking these rules.

After watching Reading getting relegated from the top-flight in 2013, I know how important it is that Sheffield United buy the right calibre of players which will give them the ability to stay up in the league. They have fought hard to get to this stage, the supporters will not want to see this all go to waste as a result of poor signings.

Good luck Sheffield United! You’ve overcome some fantastic teams to be in this position and you deserve to be in the top flight. The right mix of youth, experience, quality and passion will keep you in the Premier League. Chris Wilder has all the abilities to be a very good Premier League manager. It will be very interesting to see where you finish in the upcoming season.