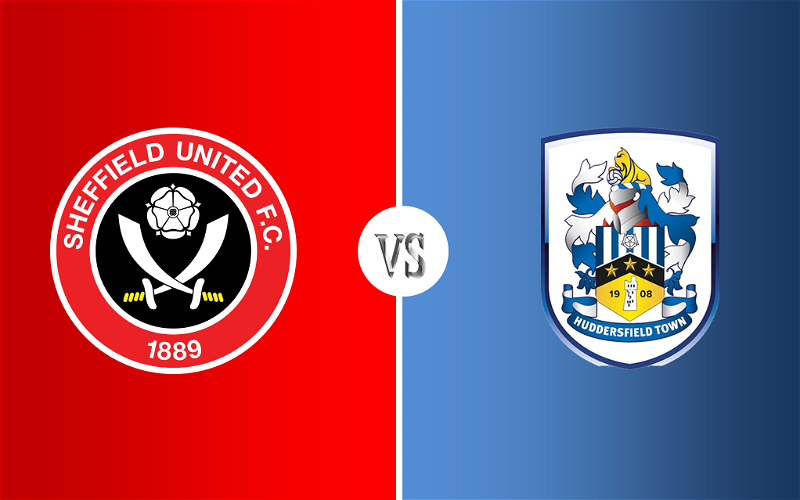 Sheffield United host Yorkshire rivals Huddersfield Town tomorrow, for the first derby match of the season and will face the Terriers with much uncertainty over the line-up. What they do know is that it will be their first 3:00 pm kick-off of the season and that they are still awaiting their first league victory of the new season. Can they achieve this tomorrow?

With city rivals Sheffield Wednesday succumbed to League One, the Blades will have to enjoy local derbies against Barnsley, tomorrow’s opposition Huddersfield, and Hull City, although the likes of Nottingham Forest and Derby aren’t a million miles away. 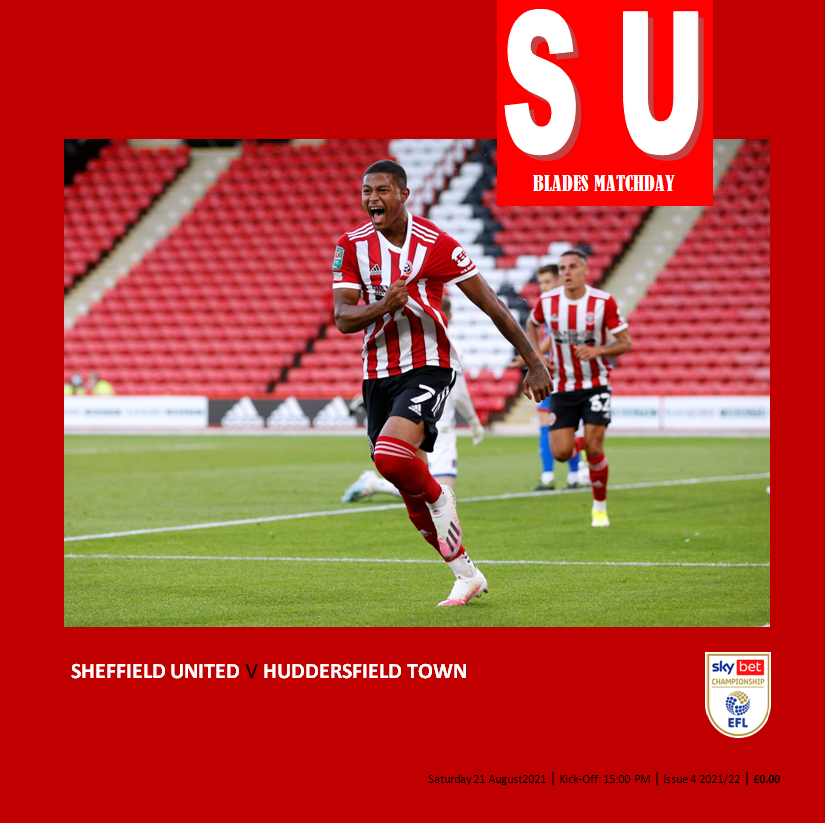 Sheffield United are still waiting for their first league victory (and goal) of the season following a dreadful 4-0 defeat at West Bromwich Albion on Wednesday night, which saw the Blades slip into the relegation zone. An unfortunate own goal from Jack Robinson set the ball rolling in a toothless display, though David McGoldrick could have levelled immediately but failed to finish his one-on-one opportunity. Further goals after the break, which included former Blade Callum Robinson completing the rout, made too well for a miserable evening in the Midlands – one which the supporters would sooner rather forget.

Aaron Ramsdale was a notable absentee from the side which lost at the Hawthorns, with Dutch stopper, Michael Verrips, making his league debut, with much expectancy that the England keeper is set to join Arsenal in a £24million deal, with a further £6million after potential add-ons. It isn’t whether Ramsdale will still be a Sheffield United player when Huddersfield visit, or if Verrips will make his league home debut. However, defender Jack Robinson and midfielder Oli Norwood may play against their former clubs.

Huddersfield Town celebrated their first league victory of the season on Tuesday night after a Sepp van der Berg own goal on 74 minutes, at home to Preston North End, awarded the Terriers with the victory. They had begun the league campaign with a 1-1 draw at Derby County before suffering a 1-5 loss at home to Fulham. The victory over North End has left them fifteenth in the table prior to this weekend’s bout of fixtures.

The Terriers are likely to be without defensive duo Harry Toffolo and Josh Ruffels who are both suffering from Covid-19, and are likely to be made available by the end of this month; otherwise, they have a full squad to face the Blades and may field the same XI which beat Preston in midweek. 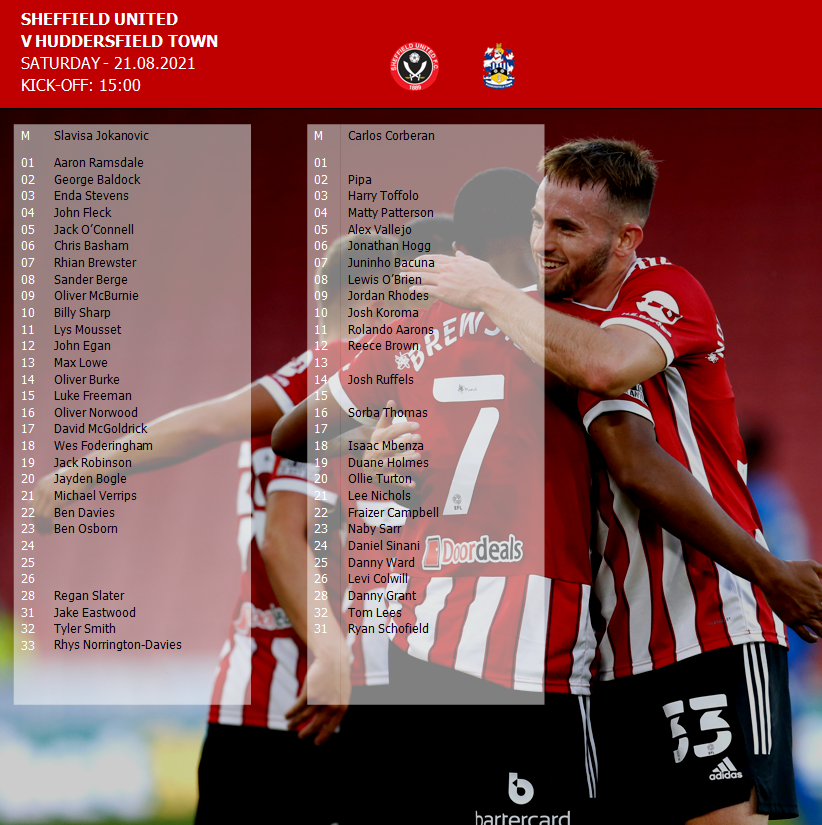 The two sides have not met for nine years. The last time that these two sides met was in the ‘rather forget,’ League One Play-Off Final in May 2012. It was the last time that the Blades had reached a Play-Off Final. Despite spending the majority of the season in the automatic spots, the Blades finished the season in third, and the Terriers in fourth, and were forced to battle through the grueling Play-Off system that had previously haunted them. Following a 0-0 draw with Stevenage away from home, Danny Wilson’s Blades took the second leg at Bramall Lane requiring a victory. They had to wait 85 minutes on the clock until Chris Porter headed home the winner, and guided them into the final at Wembley. Likewise, Huddersfield eased past MK Dons 3-2 on aggregate, despite losing the second leg 1-2, to face the Blades in the final.

It was a nervy showcase final in the newish Wembley Stadium, with both sides experiencing Play-Off heartache in the previous few years; it was a tense affair with neither threatening one another’s goal. Needless to say, the game finished 0-0 after 120 minutes of football played out, and the game would be decided in a penalty shoot-out. Huddersfield advanced after winning 8-7 in the shoot-out, but that didn’t tell the whole story. The Terriers had failed to score in their first three penalties, though United had despatched one in their first three. A total of 22 penalties were taken, leaving the penultimate spot-kicks to the responsibility of the keepers. Alex Smithies, the Town stopper, stepped up and hit his penalty home. The rest we know the history, (but to, unfortunately, remind us), Steve Simonsen stepped up and, in true Chris Waddle style, blasted his spot-kick over the bar. 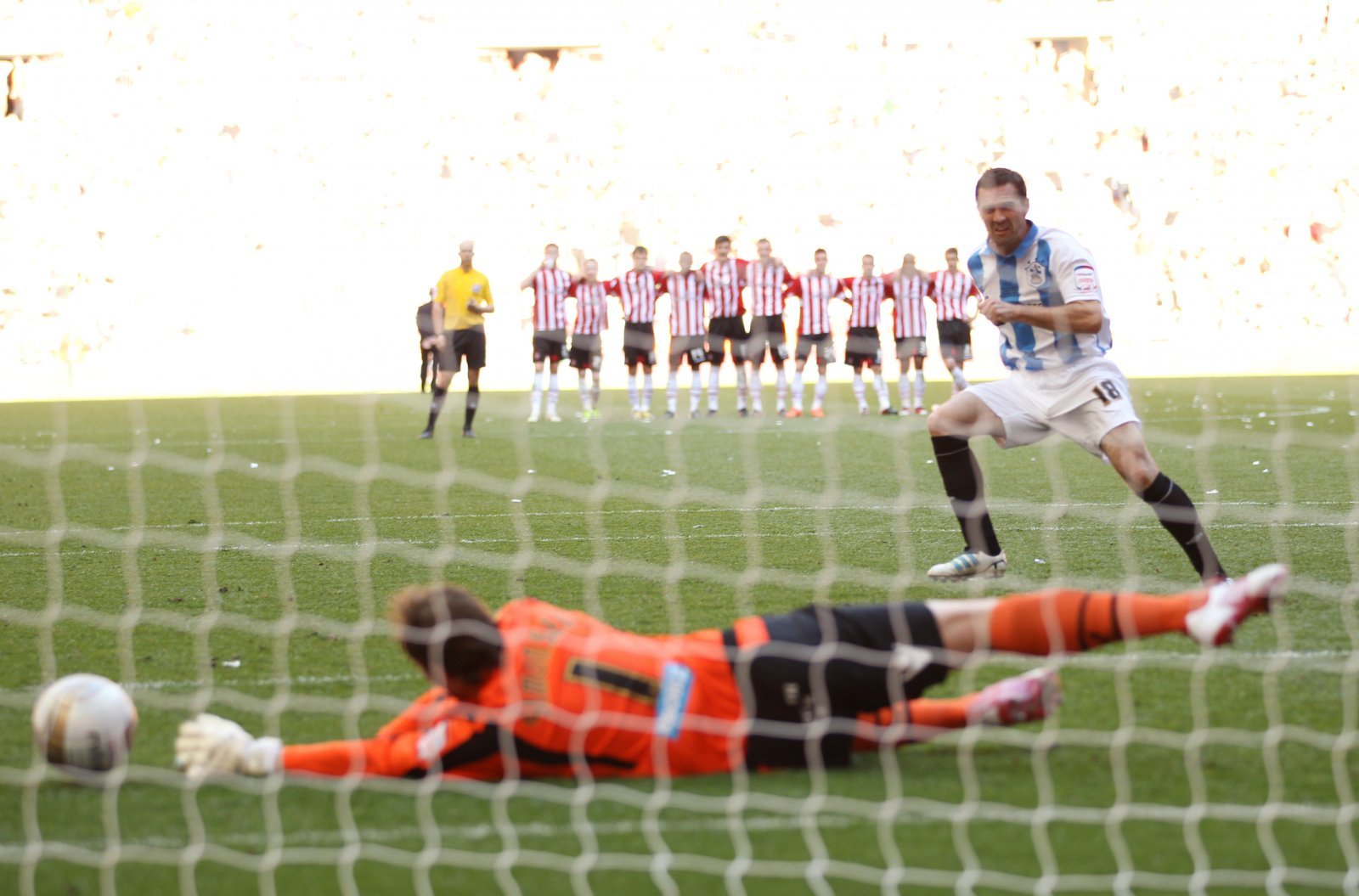