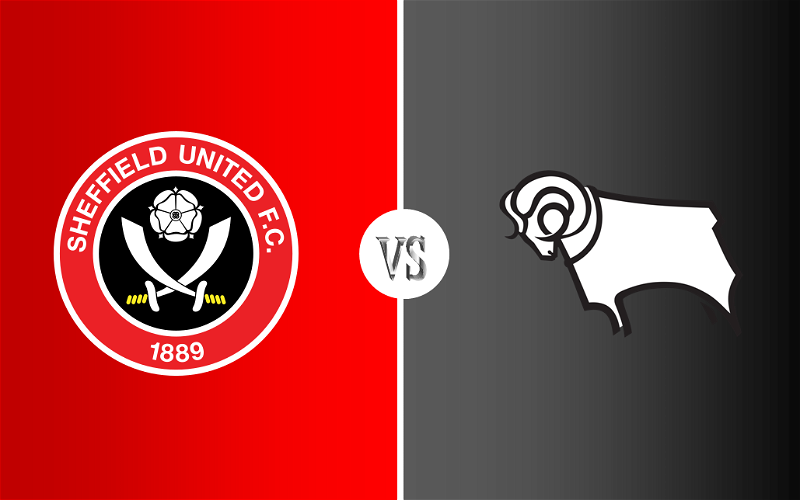 Derby County will be looking to build in their Everest challenge of surviving relegation from the Championship, and building on their four-match unbeaten run, when they host Sheffield United tomorrow (kick-off; 3:00 pm).

Sheffield United have won their last three outings against Derby County, in all competitions, and all at Bramall Lane. They will be looking to make it a fourth straight victory against the Rams, but haven’t won at Pride Park since September 2010, when a Richard Cresswell first-half strike was enough to secure a 1-0 win. Though, for the record, the two sides have met only twice on that ground since then.

Despite being rooted firmly to the bottom of the Championship table, due to being deducted a total of 21-points, the Rams are making a heavy fight in what neutrals see as an eventuality of League One football next season. Like Sheffield United, they made a swift exit from the FA Cup after losing 1-0 at fellow Championship side Coventry City in round three. In the league, Derby is on a roll and are four matches unbeaten have won against Blackpool, West Bromwich Albion (both 1-0), and Stoke City (2-1), as well as earning a 2-2 draw at Reading.

Third-tier football may be bestowed despite their efforts, but they certainly are making a fight of it. The sad reality is that, without the points deduction, the Rams would be around mid-table and have the same total points as tomorrow’s opposition, Sheffield United.

Derby County boss Wayne Rooney could field several former Sheffield United players to face their old club; defenders Phil Jagielka, and Richard Stearman, midfielder Ravel Morrison, as well as forward Colin Kazim-Richards, could all be included in the Rams squad tomorrow, and will no doubt be looking to do a number of their former employers. However, the former Everton, Manchester United, and England forward are expected to be without Lee Buchanan (knee), and Krystian Bielik (ACL), through injury. They may also set to be without striker Sam Baldock, brother of United’s George`, who is set to leave Pride Park following the expiry of his short-term contract.