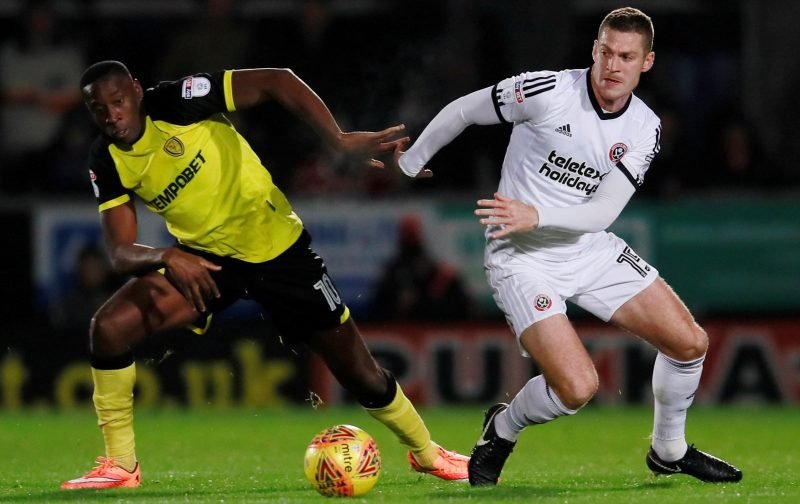 With Sheffield United achieving promotion to the Premier League in the 2018/19 Championship campaign, everyone knows it’s going to be a big summer ahead for manager Chris Wilder as he looks to tweak the squad to enable us to have the best possible chance of consolidating our position in the top flight next year.

We’ve already seen the departure of five players, with a further seven players made available for transfer and one of those released was 30-year-old midfielder Paul Coutts.

Having come in from Derby County during the January 2015 window, he’s more than played his part in our turn in form under Wilder and he does leave with 111 starting appearances to his name, 25 showings from the bench with five goals returned.

As all fans know, there’s no room for sentiment in football if you want to move on and progress as a club, but that doesn’t mean the news wasn’t greeted with some sadness and disappointment.

This was one of the moments of last season, and the tributes to him today after news of his release tell the story of Paul Coutts’ time at #sufc. A top player and guy. Wish him and the rest of the released players well #twitterblades https://t.co/uOG2rUSljV

Coutts lad, played a huge part in the rise of the Blades, up to his injury he was brilliant, he’ll always have a place in Blades fans hearts and be welcomed back like the ledge he is ❤️⚔️ pic.twitter.com/4J4uvISuli

Gutted for him but it's the right decision for all concerned. Hell of a player and the lynchpin of the Holy Trinity. The Roller will roll again, of that I have no doubt.

Our journey took a different direction at half time v Southend with the introduction of Coutts we didn't score but everybody there that night saw a baller. Been a pleasure to witness 2two and half sublime seasons from the man????⚽️❤

Get it and no sentiment in football but im absolutley gutted he is going . Such a great player, gutted for him

Genuinely sad about Coutts leaving. Brutal, freakish injury when he was at the absolute peak of his abilities, and had gone to a level I don't think many of us had seen from a Blades midfielder for years (decades?). Hope to see him starting games for someone very soon.

Gutted about Coutts. A real leader. A calming influence to the dressing room. He looked unreal when I watched them training the other week. Thought he might push Norwood. CW must have some decent cards to put on the table if he’s let Couttsy go ????????‍♂️
In wilder we trust ⚔️