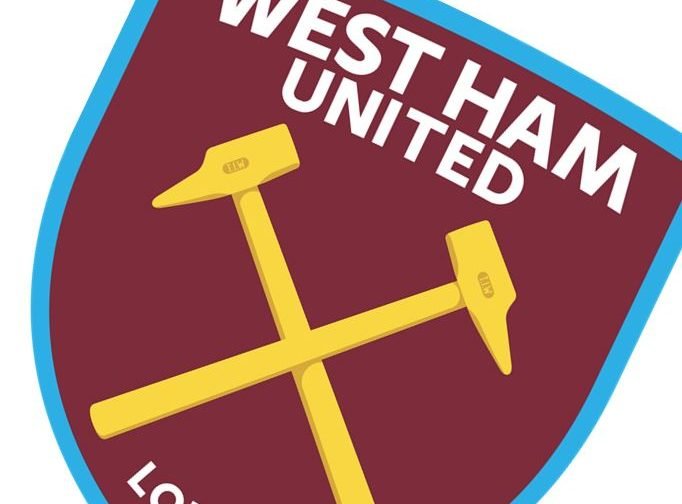 It’s game day 22 in the Premier League, as Sheffield United host a West Ham United side who are looking to be on the up following the re-appointment of David Moyes in the Hammers hot-seat.

The former Evertonian has only managed two fixtures in charge since his appointment, and Manuel Pellegrini’s departure. He, and West Ham, were victorious on New Years Day, overturning Bournemouth in a 4-0 victory, and last weekend, two goals in the final 15 minutes gave the Londoners a safe passage into the fourth round of the FA Cup with a 2-0 victory at Gillingham. They may, however, find round five tough as they entertain Championship promotion hopefuls, West Brom.

Aside from the 1-1 draw at the London Stadium last October which saw Lys Mousett cancel out Robert Snodgrass’ first-half goal, it is the first meeting in the league since the Blades were last in the Premier League during the 2006/07 campaign. That season, the Hammers won 1-0 at their former Upton Park stadium, before the Blades won 3-0 at the Lane.

Sandwiched in between that is a League Cup Second Round encounter in 2014, at Upton Park. The score finished 1-1 and United somehow won 5-4 on penalties, and went onto lose in the semis over two legs against Tottenham.

West Ham’s season had started well with one defeat (on the opening day against Manchester City, 0-5), in the first seven matches. But a downward spiral of just one point in six games sent the Hammers into a relegation dogfight. Before Moyes arrival, they picked up a further six points from six games which positioned them just above the relegation zone.

As a neutral, we can all comment on how the opposition fares throughout a season. So, VitalBlades caught up with West Ham United unofficial website; Knees Up Mother Brown editor Graeme Howlett ahead of tonight’s fixture for his thoughts on West Ham and their season ahead.

1) West Ham have been slugging it down in the bottom end of the Premier League so far this season. How has this season compared to last season?

West Ham started the season very brightly but a combination of several injuries, poor form and a manager who appeared less than entirely interested contributed to the recent slide down the table. Last season was spent largely in mid-table, so you could say this campaign is proving to be more exciting…

2) What have been your highlights so far?

Winning at Stamford Bridge, against Frank Lampard’s team for the first time in 18 years was particularly enjoyable. And it’s always nice to turn Manchester Utd over as we did in September, however poorly they’re playing.

3) David Moyes has returned as Hammers boss. Has the football style been any different compared to Pellegrini’s style?

Moyes has only taken charge of two games since Pellegrini’s departure; the first resulted in a 4-0 win against Bournemouth in West Ham’s most recent Premier League outing and was followed by a reasonably comfortable 2-0 victory at Gillingham on Sunday. For the latter, Moyes switched his preferred three-man defence (having stuck with four at the back for the AFCB encounter), which seemed to work well too.

4) What are your realistic expectations for the remainder of the season?

A top-half finish, once again. Despite having endured such a poor first half of the campaign West Ham are only five points behind Arsenal in tenth, so it’ll only take back-to-back wins to put us in the frame.

5) Looking forward into the months ahead, and next season, is Moyes the right man for the job second time around?

It’s fair to say Moyes’ (re-)appointment hasn’t exactly been universally welcomed by Hammers fans, but having been out of the game for 18 months he is determined to succeed, is well-liked by the players and knows the club – which gives him a head start on some of the other candidates.

6) What are the weaknesses of Sheffield United? Anything that David Moyes can look to exploit?

Sheffield’s home record hasn’t been so hot of late having only beaten Aston Villa in your last four league games at Bramall Lane whilst despite our equally poor home form, West Ham have been performing reasonably well on the road. It’s difficult to say how Moyes will set his team up as this will be his first away game in the Premier League since returning, but I expect him to look to profit from counter-attacks.

7) We’ve already faced each other once this season, drawing 1-1 at the London Stadium. What did you think to the Sheffield United that day, and how they have played so far this season?

The Blades have impressed generally and have adjusted well for a new Premier League team, but many promoted teams have enjoyed a good start only to see their season fall away – notably the likes of Blackpool and Hull, in recent years In the corresponding fixture West Ham could’ve (and maybe should’ve) been out of sight by half time but Sheffield did well to fight back and earn a point with a much better second-half performance.

8) Since the Blades were last in the Premier League (2006-07), there has been an unusual revelry between the Blades and the Hammers since the whole ‘Tevez Affair.’ Twelve years on, do you think that all is forgotten about the matter, or does each set of supporters still take it seriously?

I can’t speak for SUFC fans, nor all WHUFC supporters either, but many Hammers still feel bitter about the decision by Lord Griffiths which resulted in Sheffield (or perhaps that should be Kevin McCabe?) landing a £30million windfall as a result of failing to secure enough points to avoid relegation – which was of course in SUFC’s hands right up until the final day.

The (eventual) verdict was unprecedented and ludicrous; Tevez failed to score in his first 21 games for West Ham Utd (including the 3-0 defeat at Bramall Lane which sent Sheffield ten points or so clear of The Irons with five games remaining). It was argued that his seven goals in the final ten games kept West Ham up – even though only two of those games were won by a single goal and the second, on the final day at Old Trafford, was immaterial – and without any consideration that his initial inclusion, just off the plane and entirely unfit had played a significant role in derailing West Ham’s season.

A lot of water has passed under the bridge since, but it will be interesting to see what kind of reception West Ham’s travelling fans receive this Friday as it will, of course, be our first trip to Bramall Lane since the furore. I understand that it has been classed as a ‘high risk’ match by the SYP so someone seems to believe the potential for ‘disagreements’ between both sets of supporters still remains.

9) Based on what you’ve seen so far, who do you think is winning the league, who are finishing top four and who is going down?

If Liverpool don’t win the league from their thoroughly advantageous position it would represent a failure of epic proportions. The two Citys, Leicester and Manchester look well placed to follow them into the Champions League whilst Tottenham probably present the biggest challenge to Chelsea taking the last spot there.

As for who will drop, Norwich look doomed whilst Bournemouth and Aston Villa are also in big, big trouble. Watford, under the wily Nigel Pearson, should have enough to get themselves out of bother. That said, there is often a team that plummets down the table in the second half of the season so keep an eye on Brighton too, or Newcastle as an outsider.

10) Finally, a prediction for Friday?

West Ham have yet to concede a goal under Moyes whilst, as already mentioned, the Blades have only won four out of ten at the Lane so far in the league this season. Therefore I suspect this one will be a low scoring, tight affair; were I a betting man I’d be looking at the offers for a 0-0 or 1-1 result. If pressed, I’d go for the latter.