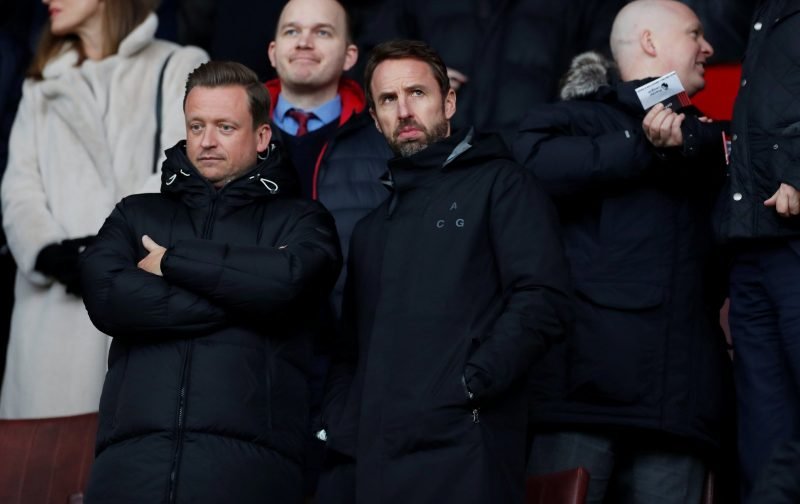 It’s never too early to start talking about the England squad is it?

Although given the amount of international football we’re subjected to throughout the majority of the club season, I suppose it never really escapes you does it? And as a result, neither does the talk of who is going to be selected for the national team.

And that is precisely what these Sheffield United fans were doing as a result of a certain individual who made his way to Bramall Lane over the weekend, as Gareth Southgate was in attendance to see the Blades pay out a 1-1 draw with Brighton & Hove Albion.

Will a Blade make the England squad in the summer? 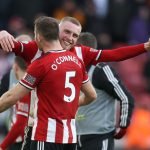 And although there were no Englishmen on the scoresheet, with the Blades’ flying high in the Premier League, there would still be a lot for the England boss to think about as he gets his team ready for friendlies at the end of next month. And there were a number of Blades fans who were left to wonder just who would be the lucky men, if any, to get a call-up.

Hendo and JOC in the starting XI. Baldock ahead of Walker for second choice RB

To be fair he was probably thinking, I wish Fleck & Enda we’re both English!!

To be fair to him Gareth has been a few times this season. Must have a few in mind. Any one of our English players would not look out of place in his squad but I always remember England Managers of their time failed to pick Alan Woodward and Len Badger for full England caps

All of the English ones 🤣👍🏼

I wondered why Henderson started to play it out to defenders rather than hoofing it. Southgate likes keepers that distribute…..

Henderson and o’connell 100% … baldock if he keeps on performing future England to back up to TAA. 100%. Lundstrum keeps getting better and I think he is better than Declan rice. I’d pick him all day.

The last Blade to play for England was Brian Deane back in the early 1990’s, so it’s certainly been a while. Is now the time we break our streak?