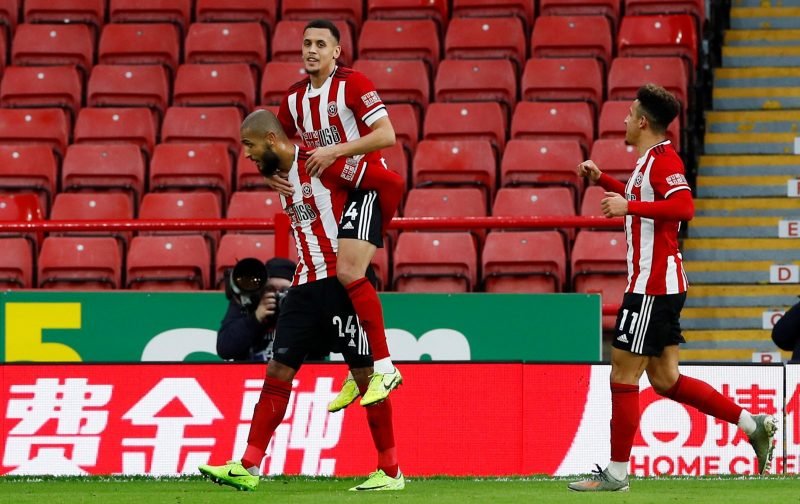 The winter sale, also known as the January transfer window, always cause a media frenzy with players being linked to and from various clubs. This is no different at Sheffield United, who have already been linked with a number of players coming into the club this month. With players coming in, there are always players going out, either on loan or permanent transfers.

It is likely that the fringe players are likely to be the ones who are leaving; those who started in the cup-victory over AFC Fylde at the weekend face the possibility of leaving the club.

It has been recently reported that the skipper Billy Sharp has been linked with a move away from Bramall Lane. Following the summer arrivals of Lys Mousset, Callum Robinson, and Oli McBurnie, Sharp has fallen down the pecking order. Chris Wilder however has insisted that he isn’t  for sale.

The striker who bagged one goal on the opening day of the season has recently been linked with moves to SkyBet Championship side Nottingham Forest, and Scottish Champions Celtic. According to Sheffield United News, Sharp has rejected a move away from the Lane.

Striker partner Leon Clarke, who netted United’s second goal in that 2-1 win at the weekend has also been linked with a move away. He spent the latter part of last season on loan at Wigan Athletic, but remained with United in the summer to fight for his place. Sheffield United News has reported that a number of Championship clubs; Huddersfield Town, Stoke City, and Charlton Athletic are all thought to be interested.

Following the recent acquisition of former Manchester City, Everton, and Sunderland defender Jack Rodwell, as well as being linked with moves for Darragh Lenihan, and Joe Worrall from Blackburn Rovers, and Nottingham Forest respectively. But any further in-comings in defence could allow experienced defender Richard Stearman, and Kean Bryan to exit. Both have been limited to cup games this season, and have struggled to gain a first team place.

United could also see midfielder Luke Freeman leave the club despite only joining the club in the summer. VitalLeeds has reported that our West Yorkshire rivals, who are looking to make this season a successful promotion campaign (compared to previous seasons), and may attempt to bring in Freeman on loan this month.