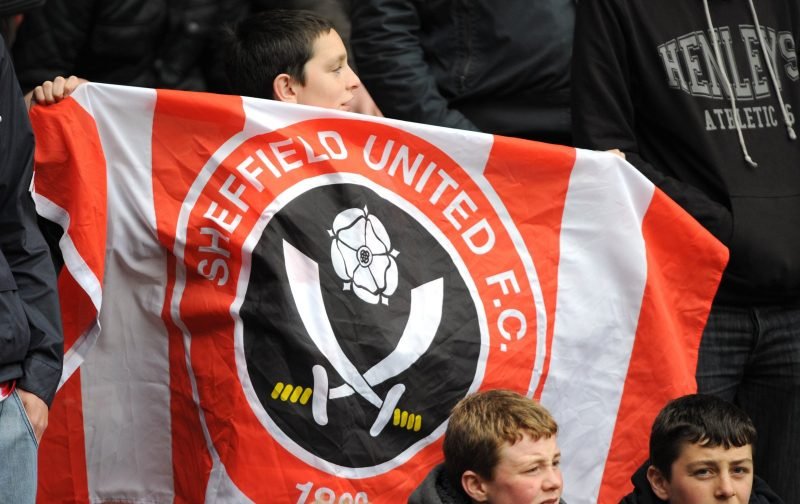 Sheffield United manager Chris Wilder confirmed in his pre-game press conference ahead of tonight’s clash with West Bromwich Albion at The Hawthorns that Leon Clarke was struggling with a knock, so we had recalled talented youngster Tyler Smith from his loan spell out at non-league Barrow.

The 20-year-old has been with the National League side since the summer, and he’s made good progress and continued to impress in his development, featuring 24 times with a return of 11 goals.

Highly rated and with plenty feeling he’s one for the future, he’s potentially in line to play some part under the floodlights later this evening as we go in search of three points.

TEAM NEWS | Chris Wilder confirms @tylersmith1_ has been recalled from his loan spell at @BarrowAFC and is in the squad to face @WBA #twitterblades #sufc #ForgedInSteel pic.twitter.com/AR6T5vKSOy

Speaking to the Star as he met with the media, our gaffer explained that Clarke would be given a late fitnes test and if he doesn’t make it, the youngster gets his opportunity.

“We’re just assessing Leon and we’ll give him as much time as possible. We’ve recalled young Tyler from Barrow, where he’s done well and scored a few goals. That’s good, for the lad and for the other youngsters in the academy. They had a good result last night at Middlesbrough in the FA Youth Cup and they’re seeing opportunities for themselves. So if Leon isn’t involved, then Tyler will – and we’re looking forward to that.”

Be interesting to see how the lad does but he returns with some good reviews.

Been quality up to now shame we couldn’t have kept him for our cup game Saturday, Best of luck for the future @tylersmith1_

Quality player done wonders for us this season and will be a huge miss, best of luck @tylersmith1_ take the chance

Got 11 goals since he arrived, hard to mark, chases the ball, always puts a shift in!! Hope he does well!!

Happy for you @tylersmith1_ but devastated at the same time….. you were amazing at @BarrowAFC and I just hopethey give you a fair chance and not have you keeping bench warm, Good Luck Mate xx

During his time here at Barrow he has been amazing: been saying it since saw him first play… he is definitely going to make it in the Premier league