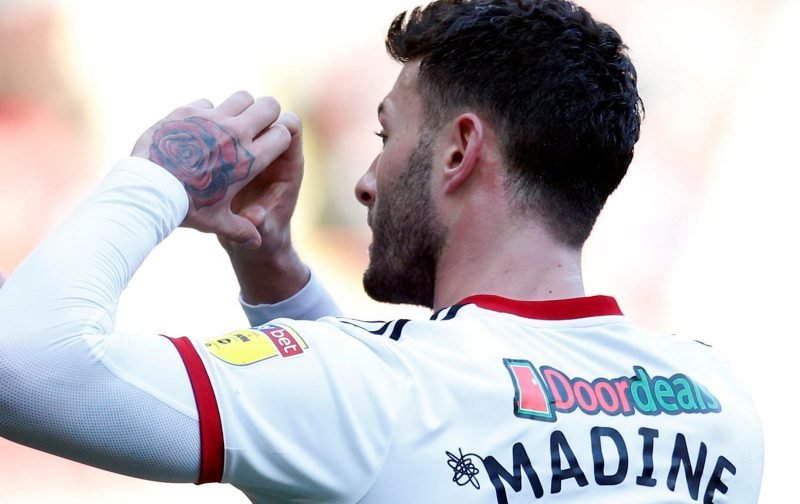 It’s been reported this week that Sheffield United are now ready to hold talks with Cardiff City over striker Gary Madine.

The 28-year-old made the switch from the Cardiff City Stadium to Bramall Lane in somewhat controversial fashion given his prior association with Sheffield Wednesday during the January transfer window, and given his history with Billy Sharp that simply added a different flavour to things – so much so manager Chris Wilder asked fans to trust his judgement on the deal more than anything else.

Daily Mail (via Bristol Live) quote Madine as saying he’s now extremely settled in the area and he’d be devastated if he had to move on again come the summer.

“This feels like home to me now. I’d be devastated if I had to move on from here at the end of the season. I’d love to stay for as long as the manager wants me and hopefully that’s beyond the summer. I’m settled here, I’m content and happy. I’ve proved I play my best football when I’m happy and I couldn’t be happier than I am at Sheffield United.”

Over to Wilder to strike a deal if he wants to and give Madine an extended stay.