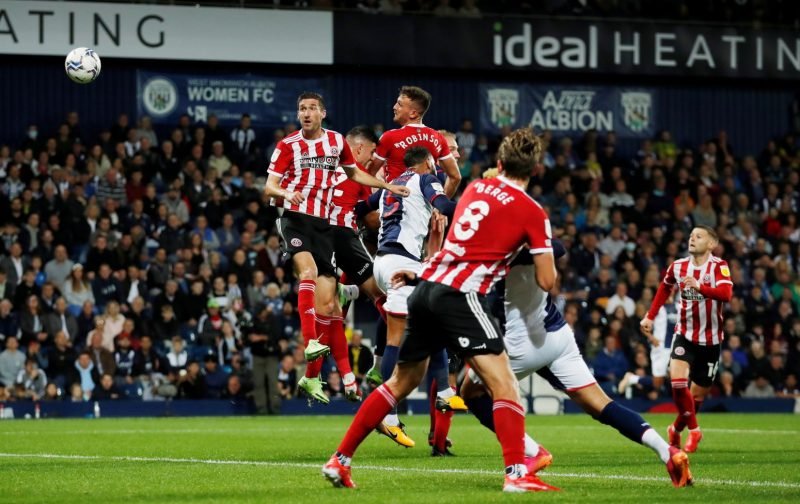 Sheffield United was soundly beaten by West Bromwich Albion at the Hawthorns in what was a toothless performance by Slavisa Jokanovic’s side. They were beaten 4-0 by last season’s Premier League rivals.

An unfortunate own goal from Jack Robinson got the Baggies on their way to put the Blades to the sword after Callum Robinson had twice seen two goals disallowed for offside. After the break, mistakes from the keeper saw Dara O’Shea get on the score-sheet before Alex Mowatt, and Robinson made it a miserable night for United.

It was a disappointing performance and result for Blades supporters who had to witness this grueling display. The defeat put the Blades into the bottom three on goal difference having failed to score in either of their opening three league matches, leaving supporters corned that they may be yet again facing a relegation battle.

Blades boss Slavisa Jokanovic fielded a similar side which drew 0-0 at Swansea the previous weekend, with one noticeable change. Keeper Mauchel Verrips was handed his first league start with Aaron Ramsdale absent from the side, sparking speculation by supporters of an immediate move to Arsenal. Meanwhile, a new loan signing from Liverpool, Ben Davies, was resigned to the bench. The Baggies fielded an unchanged XI and named former Blades Kyle Bartley, and Callum Robinson in their starting eleven, whilst Matt Phillips appeared on the bench.

The hosts thought that they had taken an early lead after just one minute after a long thrown into the box was flicked on by Clarke and Robinson guided the ball home – only to be denied by an offside flag. West Brom had the majority of play in the first quarter, and whilst they attacked the final third on several occasions they failed to test the keeper. The ball was in the back of the net again on 15 minutes but, again, Robinson, who despatched, was offside.

On 19 minutes, the Blades forged an attack and came close when David McGoldrick played in Billy Sharp but defender Dara O’Shea was strong enough to keep the skipper at bay before he could shoot in the 18-yard box.

Darnell Furlong’s long throws had been a thorn in the Blades side throughout the first half and it was one of those throws, on 26 minutes that led to West Brom taking the lead. His despatched ball into the box cannoned off the head of JACK ROBINSON and into his net, past a stretching Verrips. United was handed a glorious opportunity to level immediately after Sharp was presented with a loose ball. He picked out McGoldrick and one-on-one with the keeper, he side-footed past stopper Sam Johnstone but fired his shot wide. 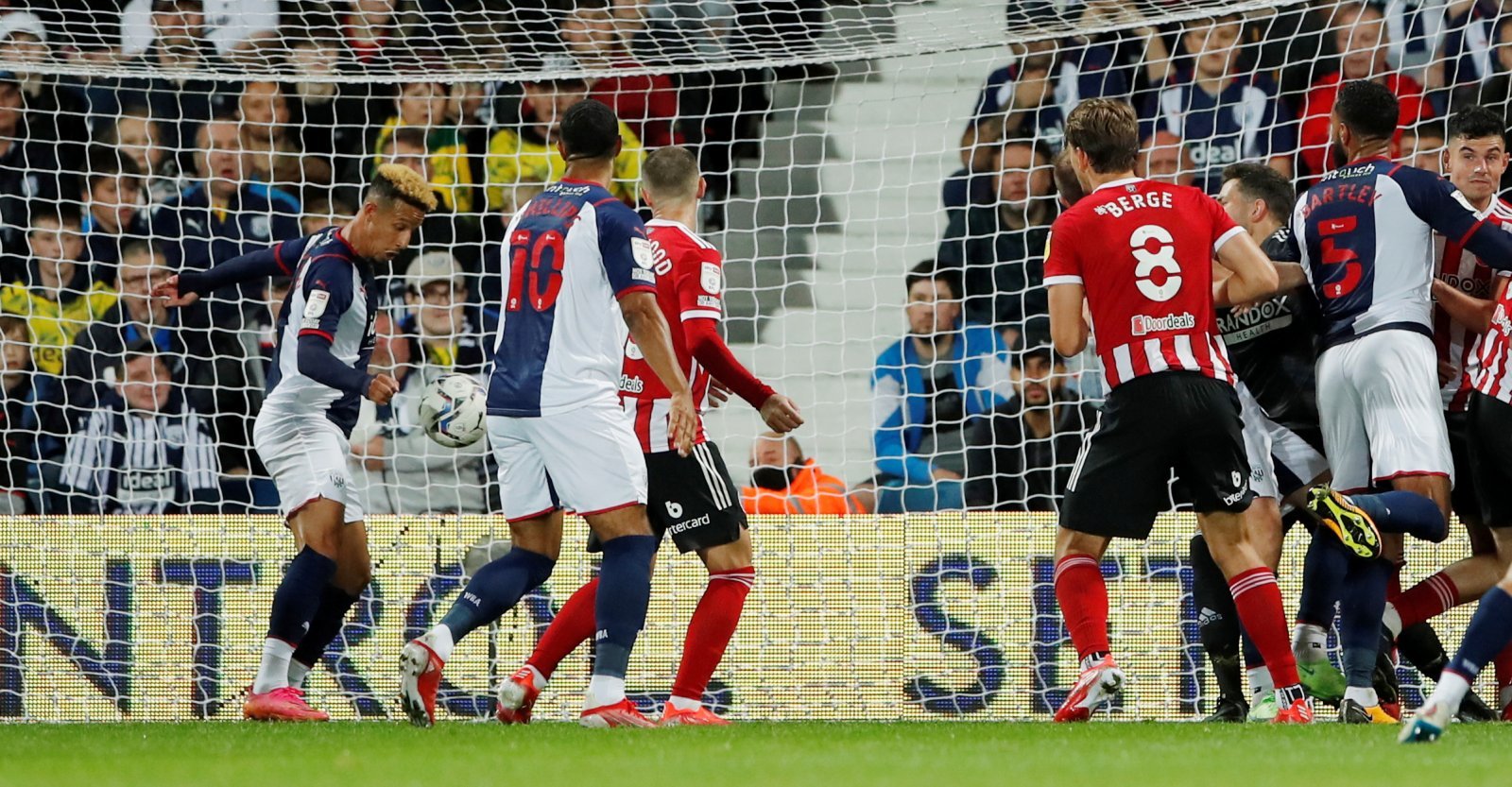 Robinson’s unfortunate own goal proved to be the difference thus far, with the first-half petering out as neither side penetrating the opposition defence, though United won several corners and as the first-half whistle was about the blow, John Egan headed one corner over the top. Despite what seemed West Brom dominance, they ended the half with 63% possession.

There were no changes made at the break but within three minutes of the re-start, the Baggies doubled their lead. Verrips failed to collect a corner and O’SHEA knocked home the loose ball.

Two-nil became three-nil five minutes later after Grant put through former Barnsley midfielder ALEX MOWATT, who finished first time past the Dutch stopper. From then on it was a damage limitation for United. On 54 minutes the Baggies made their first change of the game with Phillips replacing Diangana, and shortly afterwards, former Baggies forward Oli Burke replaced Sharp, and McBurnie replaced McGoldrick in a double change.

Furlong’s long throws were effective again on the hour mark as another delivery saw Verrips failed to catch and from a flicked ball ROBINSON touched home against his former club.

With half an hour remaining the Blades had an Everest mountain to climb but seemingly maintained their dignity as West Brom failed to find the net, though they did come close. On 69 minutes, the hosts were gifted an opportunity after a mix-up with the visitor’s defence allowed Townsend to cross into the box and was scooped over from Furlong at close-range.

Two minutes later the Blades made their final substitution of the evening as Berge made way for Luke Freeman. United had also won a corner which led to their first shot on target in the game. Fleck’s delivery was headed by McBurnie to Egan and the Irishman steered the ball towards goal but Johnstone’s stretching arms palmed the ball away.

The visitors would have happily settled for the full-time whistle in what has been a horrendous night for the Blades, and will all too well be looking to re-group, with or without Ramsdale, when they entertain Huddersfield on Saturday. With 15 minutes remaining Verrips managed to slap the ball away from Bartley’s header from Furlong’s long throw.

On 81 minutes, United won a free-kick on the edge of the box and from Norwood’s whipped deliver, McBurnie, headed over the crossbar. Albion then made their third substitution of the night with Matt Clarke making way for Adam Reach to make his Baggies debut.

West Brom, somehow, failed to score in the final minute following a corner taken by Mowatt, and the ball ricochet off Furlong and Sami Ajayi, who had replaced Livermore on 77 minutes, failed to score at the near post unmarked.