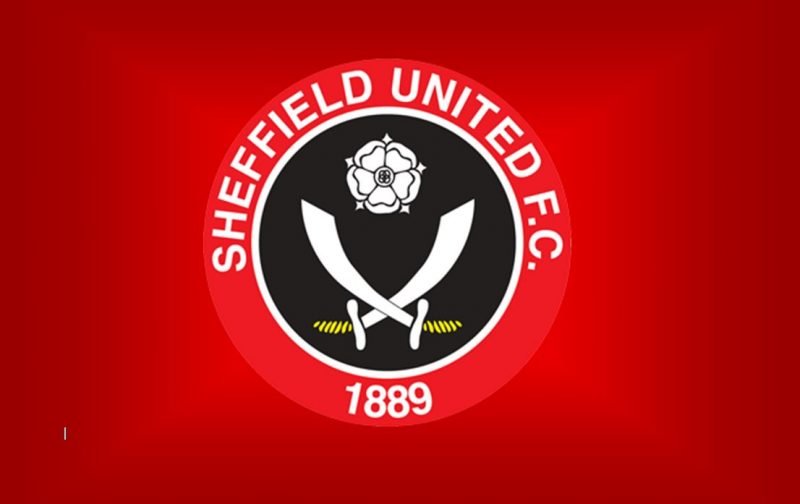 After spending nearly, the entirety of the 20-21 Premier League campaign rock bottom, the Blades find themselves 2nd bottom of the Championship after a disastrous 5 games to open the season. Going into the international break, Slavisa Jokanovic’s Blades now are in a fight at the wrong end of the table and seem miles off being a side that will contend for the top places. With no incomers, there is real uncertainty in the club in terms of the direction with the current squad seeming unfit for the purpose of contending or even being competitive even at this lower level.

18 months ago United was contending for Champions League places. Now at Kenilworth Road, United was not good enough to beat Luton Town and failed to even muster a shot on goal. True, the Blades had a decent 10-15 minutes and had a good chance early on but failed to build on that and Luton finished the half the better. This theme carried on 2nd half and Luton had a better chance to win the game. United finished in a better fashion but Simon Sluga had nothing to do all game and if anyone deserved to win the game it was the Hatters.

United made only one change from the side from last week with Billy Sharp in from the start replacing Rhian Brewster. There was no place for David McGoldrick on the squad but Oliver Burke was on the bench despite rumours of an imminent exit for the striker.

The Blades started well with a good chance inside 30 seconds as the old one-two throw routine led to Norrington Davies sending over a cross and Baldock was well forward but got underneath it and headed over. It was a really decent opportunity with both wing-backs well forward.

Adebayo went down awkwardly and had to receive treatment before continuing. United had started well and McBurnie was chopped down by Naysmith who went through the back of the striker and picked up a booking within 5 minutes. The Blades then won a corner but Fleck could not beat the first man. Norrington Davies then sent over a dangerous cross that was just too far ahead of Egan.

The positive start continued with good work from Fleck, Davies and then Norrington Davies and the ball over caused problems before McBurnie sliced a chance wide from the edge of the box under pressure.

Luton had not really been in the game but finally got forward and Mpanzu was able to skin Basham with a piece of individual skill. This was the signal for the home side to have a spell in the game and after Davies missed his tackle, Luton was suddenly two on one in a chance that was reminiscent of the Huddersfield first goal but fortunately, Mpanzu fluffed his line when well placed.

On 17 minutes, Luton created the best chance of the game, the ball came over from the right with Norrington Davies not close enough to his man and Mpanzu headed over with Basham miles off his man. He really should have scored.

Berge and Davies both went down too easily and the referee carried on the early season trend of waving play on for minimal contact. Luton was now showing a threat and down the right-hand side, they were getting in good areas using their pace.

Foderingham then came a long way and it was an odd punch to knock it out of place as he climbed over the tall Adebyao but at least he got there I suppose. The keeper did well soon after to come out and did well to gather a through ball.

On 28 minutes Baldock went down. It was unclear if it was sustained in a challenge or just that he had pulled a muscle but clearly was not fit to continue. After a long wait, Bogle eventually was dressed and ready to come on. His first act saw him well forward but he overran the ball but at least got us up the pitch.

Luton via Cornick put over a long throw and as they have all season United struggled but luckily McBurnie’s flick went straight into Foderingham’s hands. Fleck’s sloppy giveaway saw Luton break but Egan made an interception.

Davies ball won a corner after a decent ball but from the delivery from Fleck, the ball ended up in the hands of Foderingham inside 10 seconds! Mpanzu ran 30 yards but was stopped by a combination of Egan and Norwood and once again the ref played on. He was consistent with both sides in how he was applying the rules.

There were 4 minutes of stoppage time after the two injuries were sustained to both sides and Luton finished the stronger. Fleck again dithered with no awareness of what was around him and Luton won a corner but it came to nothing.

Half time came soon after and the promising start for United had evaporated somewhat and Luton had shaded the second half of the first half. Neither side had tested the keeper with just the one headed chance for each side in a relatively even contest.

The second half and Luton began well and dominated early on. Egan’s mistake saw him chop down Adebayo and the defender was rightly yellow carded. Luton then came again and a ball from the right saw a clear header for Campbell but he made a real mess of it but it remained in play at the far post and seemed to be turned again the post. Luton was in complete control and errors were creeping in. The home side had upped the tempo clearly after the break and playing higher up the field.

This tactic led to a chance for United on the break but Sharp was too slow and his ball was easily cut out with McBurnie looking to get in.

Both Fleck and Freeman gave it away drawing ironic cheers from the home side as United simply could not get doing after the interval. Bogle did well though to stop Onyedinma down the right-hand side.

A rare break saw Norrington Davies cross headed away as McBurnie challenged and then Bogle did well to fashion a ball into the box but Norwood had a long ranger blocked and then McBurnie then failed to deliver again after being played through. It had been better for this brief spell.

The game approached the hour mark but Luton now seemed to be in control and much of the play was in the United half but McBurnie headed over after decent work from Bogle. The home side had a flurry of chances though and maybe should have taken one. Firstly, Onyedimna was ruled offside as he put the ball in the net and it did seem a tight call as he ran from deep.

Soon after Foderingham caught a high ball but then made an absolute howler as he took too many touches from a backpass and was closed down. It fell eventually for Cornick but his precision finish came off the angle of post and bar. It was a real let off.

Norrington Davies and Cornick then came together in a fractious moment as the Blades looked ragged. Freeman then came forward with a break but his shot was poor and Onyedimna was in on goal again on the angle but hit the side netting. Davies then failed to deal with a ball down that channel again but this time Foderingham did well to save the stabbed effort. It could easily have gone past him.

Brewster came on for the disappointing McBurnie and United had used all their subs. It seemed inevitable then they would get an injury but fortunately Foderingham seemed to shake off cramp after treatment.

Freeman did well to hold it up and then won a corner but from this delivery once again it was Luton on the attack as the long ball went forward and Luton’s pace was in evidence again. It led to a long throw but Fotheringham claimed well.

As the game entered the final 15 minutes and it seemed like one goal was enough for either side but the Blades had failed to have a single shot on target all game but a rare break saw Berge well forward but it fizzled out. Luton made a double change with Muskwe and Rea on for Campbell and Onyedimna.

United finally had a spell after rarely threatening the second half and Freeman won a corner before Norrington Davies’ cross was dangerous but Berge opted to take a touch rather than hit the first time. It was half-cleared but Brewster did well to drive into the box but inexplicable rather than keep going fired an appalling cross that went miles out on the far side.

Norwood then gave it away as Brewster failed to react again to a ball forward and Luton broke but Bree’s shot was just wide. Once again in a poor game, the Hatters still looked the more likely to break the stalemate. United did end the game well though in terms of getting into better areas but still had not tested the keeper all game and a looped cross was easily cleared.

Egan conceded a throw and as the ball came in, the ball was booked back but the Blades defender cleared well. Brewster lost two 50-50 challenges as United could not get up the field but the home side was offside. 3 minutes of stoppage time and the only moment of note was Berge going to ground too easily again and the referee waving away the token appeals from the Blades players.

For United, it was a point gained in reality as Luton had all the decent chances in a poor game. However, the Blades have scored 1 goal in 5 games and the appalling start to the season continued with few positives individually and collectively apart from a clean sheet for Foderingham and another promising game from Norrington Davies. United desperately needs an influx of new blood or the season threatens to be one of struggle.