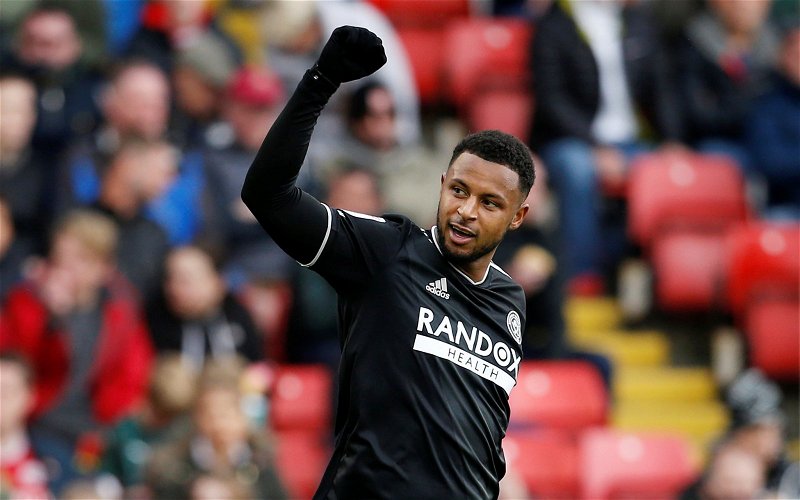 It was a nail-biting finish but Sheffield United hung onto three vital points as they escaped Oakwell in a 3-2 victory.

A pedestrian opening 45 minutes had seen the game goalless at half-time but a fluent second half saw United storm into a three-goal lead with two quickfire goals from Lys Mousset and Ben Osborn looked to have killed the game as a contest. However, inspired substitutions from Barnsley’s point of view saw the Tykes take the game to United and despite the goal –advantage, the hosts netted twice through Devante Cole and Leya Iseka to set up a tense finale.

United wore the all-black away kit whilst Barnsley sported their traditional red shirts and white shorts, and an unusual setting of purple socks – in aid of Weston Park.

Having failed to win a league match since 14th August, and failed to score in 340 minutes before this fixture, there was little surprise that it was the visitors who shaped up well in the opening exchanges but failed to lack that clinical finish in the final third. Iliman Ndiaye was busy down the right flank and it was his ball into the box that found Mousset, but the French striker failed to trouble keeper Bradley Collins.

The hosts were fortunate not to have conceded a penalty early in the first half after George Baldock wrong-sided defender Callum Styles, who looked to have clipped the heel of Baldock’s ankle but referee Gavin Ward waved any protests. 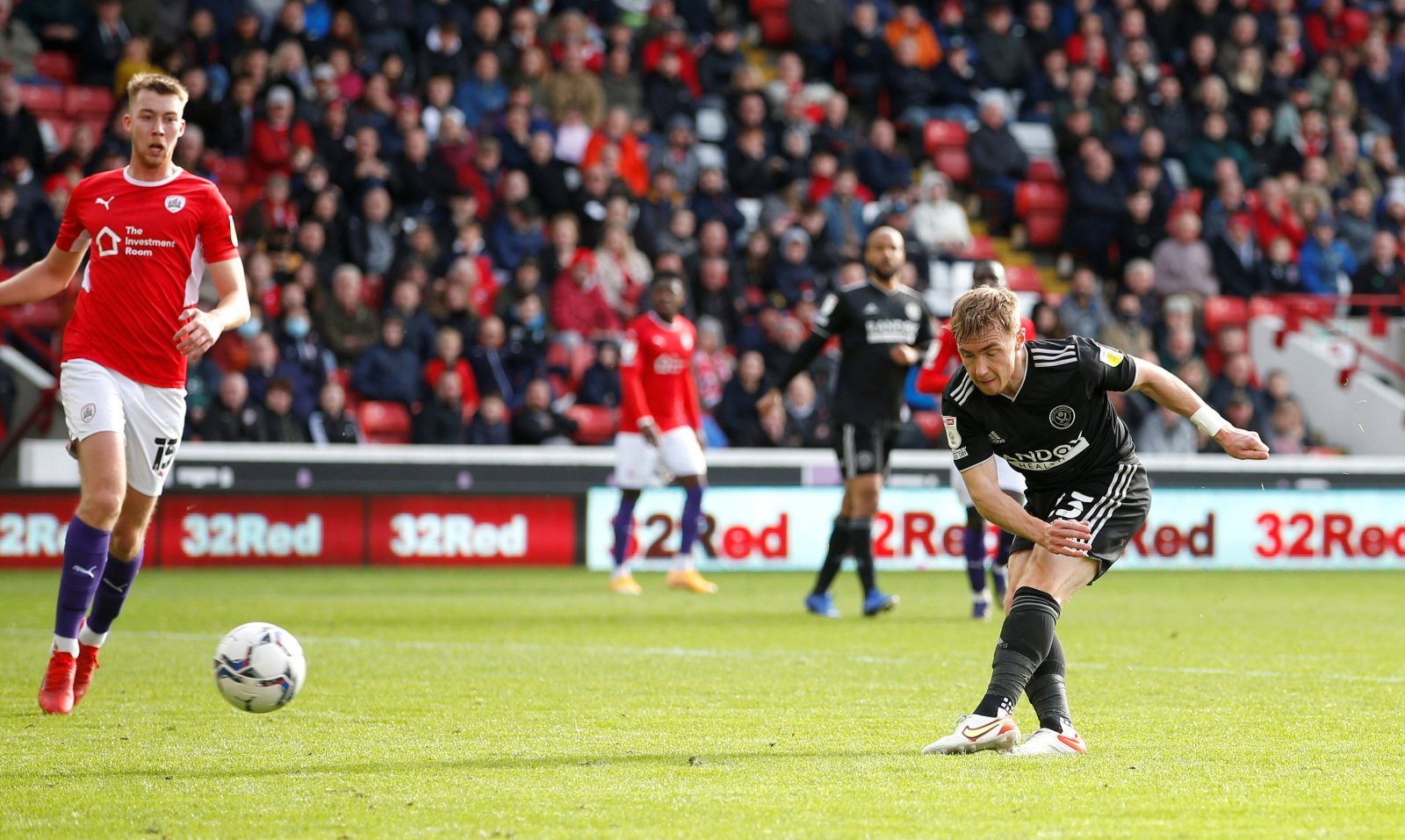 Little action was observed in the final third, making the first half without a goal. A result which would have pleased the home faithful. The second-half saw United a resurgence in the Blades play which led to two quickfire goals that knocked the stuffing out of the hosts.

On 51 minutes, after being handed the ball from Ben Osborn, the striker brought the ball in from the right, cutting past pressure from the Barnsley defence to sweetly curl the ball home from 20-yards out past a stretching Collins in the Tykes goal.

United swiftly doubled their lead two minutes later, Osborn, again, the catalyst as he worked hard down the left before reaching the opposition box, and his clinical ball across was swooped home by Mousset to despatch into an almost unguarded net.

The visitors continued to look threatening and were rewarded for their efforts on 72 minutes. McGoldrick, a 70th-minute substitute for McBurnie, placed a neat low ball into the box for Osborn to smash home his third of the season.

Undeterred from a three-goal deficit, the hosts fought back and scored their first goal in 418 minutes of football, after controlling in the box before hooking a half-volley beyond Olsebn in the United goal on 78 minutes.

Four minutes later the ball was in the back of the net again for the hosts to set up a tense and nail-biting finish for the visitors, though they failed to penetrate the United goal in the six minutes of injury-time which was added. Iseka powered into the box, got the better of Baldock before finishing.

Chris Basham was introduced for the final minutes of the game as United did enough to dilute any pressure. The victory moves the Blades to fourteenth in the table, and three points behind the top six, whilst Barnsley remain in the bottom three. 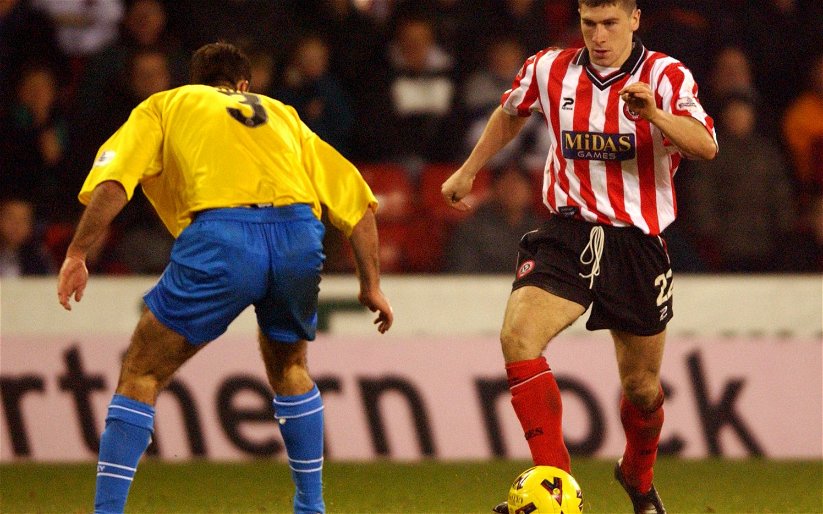 Flashback: Paul Just The Pesch As Blades Share The Spoils