Flashback: Royals Salvage Point at the Lane In The Hunt For Promotion 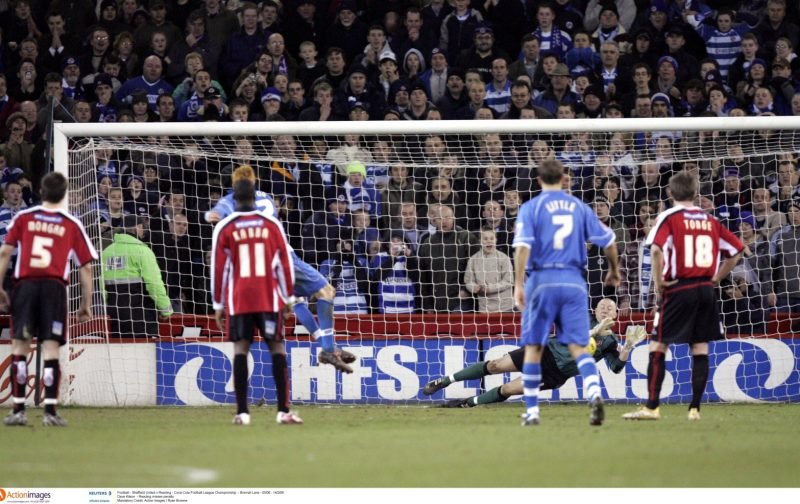 There have been many battles between Sheffield United and Reading over the last two decades, but none so memorable fixture which took place at Bramall Lane on 14 February 2006 in the hunt for automatic promotion to the Premier League.

It was an entertaining fixture by two sides which would eventually fill the top two promotion place in the Coca-Cola Championship. Reading would be promoted as Champions but United would finish above Leeds, who threatened to spoil the Blades party in their bid for promotion.

The game was a much-anticipated affair, witnessed by 25,011. It was the hosts who drew first blood as Bruce Dyer latched onto a ball in the box to coolly slam home past Marcus Hahnemann inside 9 minutes. The lead was short-lived as three minutes later future Blades’ striker Dave Kitson knocked home Bobby Convey’s low cross at the near post to net his 18th goal of the season.

United turned up the heat and before half-time defender Craig Short almost got on the score-sheet, except his drill at goal was somehow cleared off the line by Graeme Murty and away for a corner. In the second half, and an in-swinging corner almost saw the hosts double their advantage but a combination of the post and another future Blade Glenn Little getting in the way kept United at bay.

The two teams were tied at 1-1 until the bitter end, with both sides ruling missed chances, but none so more than Reading. A free-kick saw Steve Kabba unmarked, and despite his excellent ability in front of goal, Hahnemann made himself big enough to keep the striker out. With two minutes remaining Reading looked to have had the game all sewn-up as Paddy Kenny did all the hard work to keep out Convey when one-on-one but has the ball ran lose the keeper purposely brought the winger down. Kitson was gifted with the opportunity to net his second of the night but Kenny beat his shot away from the spot.