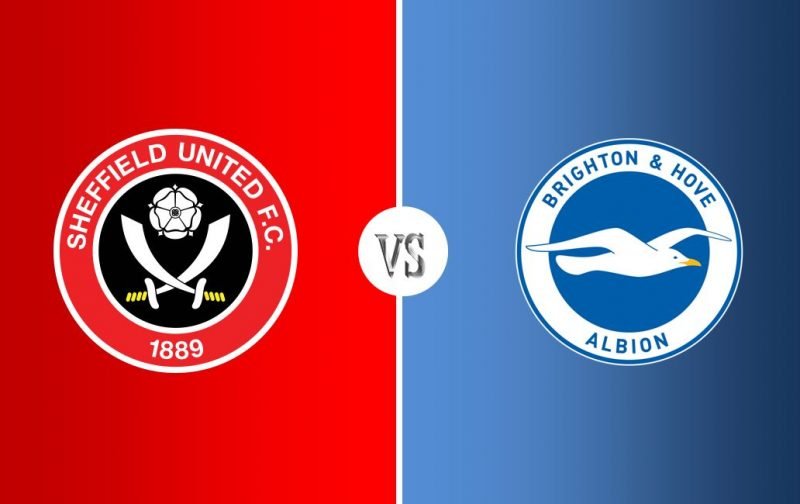 Sheffield United will begin the final six Premier League matches as a relegated side against Brighton & Hove Albion at Bramall Lane, and able to relax knowing that their fate has already been decided.

Following a 1-0 defeat at Wolverhampton Wanderers last Saturday, and Newcastle’s victory over West Ham earlier in the day, the result left the Blades unable to mathematically catch 17th place and will play SkyBet Championship football next season. 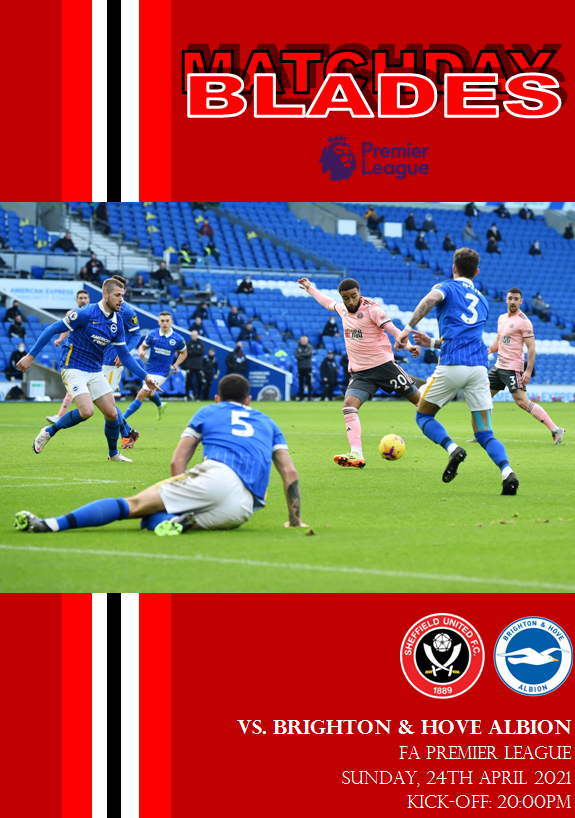 After completing this fixture with the Seagulls, the Blades will face Tottenham Hotspur away, Crystal Palace at home, Everton at Goodison Park, Newcastle United away from home, and finally end the season at home to Burnley, where a limited number of home supporters may be able to attend at Bramall Lane fixture for the first time since March 2020.

The Blades haven’t won in 450 hours of Premier League football (five matches). Their last victory came on 3rd March at home to Aston Villa. Since then United saw former boss Chris Wilder relieved of his duties, as well as record the biggest defeat in their Premier League history, a 5-0 defeat at Leicester. They have also conceded thirteen goals, and scored just once, Ben Osborn’s strike at Leeds being their first goal since David McGoldrick netted against Villa.

They are expected to be without defenders George Baldock (head), Jayden Bogle (face), Chris Basham, Jack O’Connell (knee), and Jack Robinson through injury, whilst midfielder Jack Rodwell is also sidelined. The Blades are also without strikers Billy Sharp (groin), and Oli McBurnie (fracture) – the pair are sidelined for the remainder of the season. 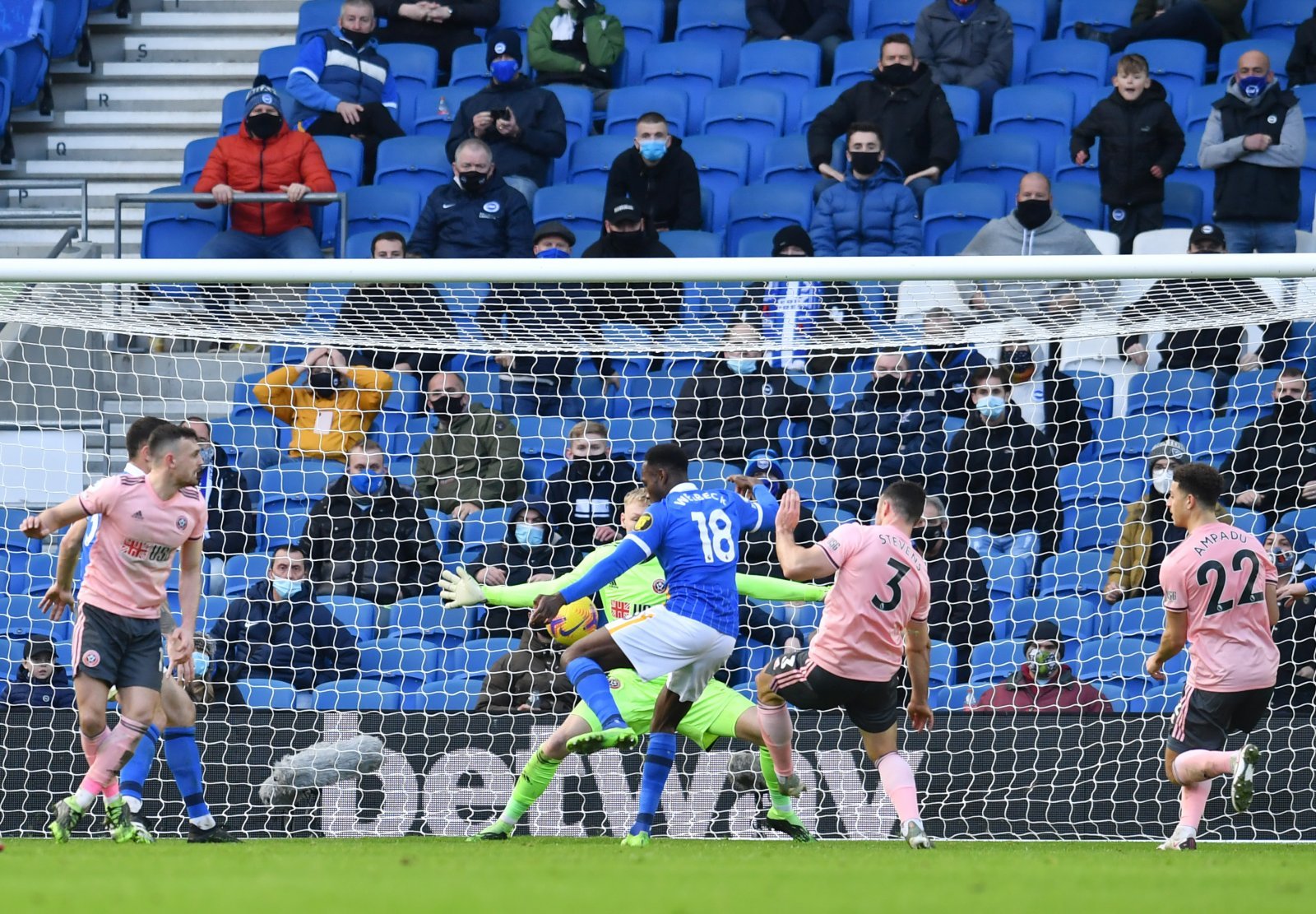 United and Brighton shared the spoils earlier in the season. The Blades were still chasing their first league victory of the campaign when the two teams met on 20th December. Despite being reduced to ten men on 40 minutes, after a John Lundstram challenge was initially warranted a yellow before VAR upgraded to a red. The Blades then took the lead on 63 minutes through Jayden Bogle and looked good for the win until Danny Welbeck (above) stole a goal with three minutes remaining to earn a 1-1 draw.

The Seagulls are currently sixteenth in the Premier League table and are seven points clear of Fulham, who hold the final relegation spot. They will be aiming to ensure that they retain their top-flight status for at least another year, and a victory at Bramall Lane would put them in good stead to ensuring that.

Albion boss Graham Potter brings his Brighton side to Bramall Lane this evening having completed back-to-back 0-0 draws with Fulham and Chelsea. Their last victory came on 20th March in a 3-0 win over Newcastle, and have also since lost 2-1 at Manchester United.

The visitors will be without Tariq Lamptey (thigh), and Soloman March (knee), who are both sidelined for the remainder of the season and expected to return in pre-season. They are also without Percy Tau, and Florin Andone (both thigh), through injury, whilst Ben White will serve a one-match suspension following his dismissal at Stamford Bridge after being booked twice.