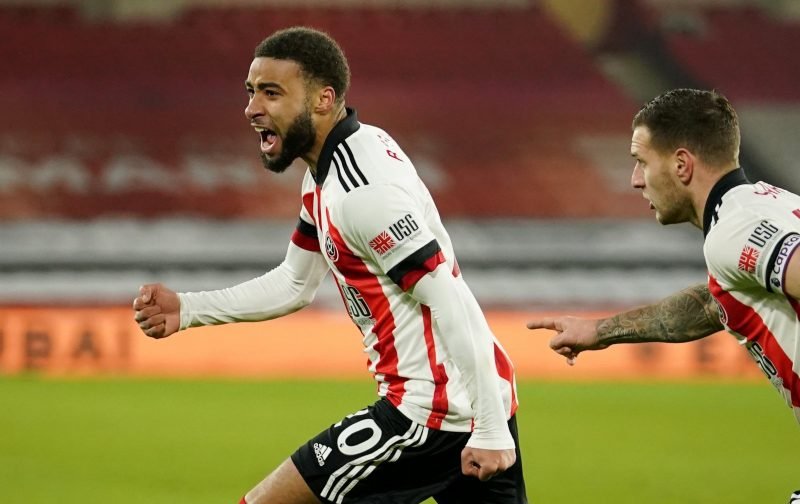 Sheffield United will be looking to advance to the FA Cup Quarter-Finals for the second year in a row when they host Bristol City in the FA Cup at Bramall Lane this coming Wednesday night, under the lights. 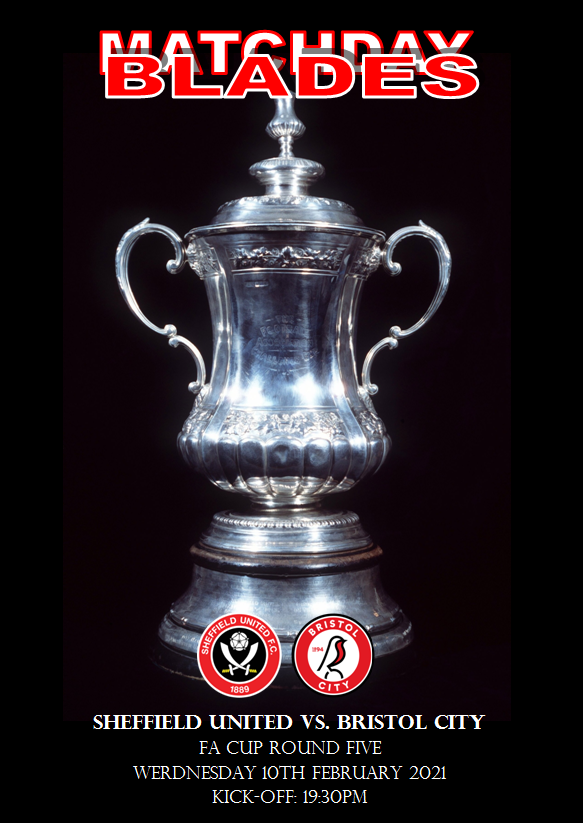 Sixteen teams from both the FA Premier League and SkyBet Championship will battle amongst the eight matches for a place in Quarter-Finals, with arguably Manchester United’s fixture with West Ham United at Old Trafford being picked as the tie of the round.

Cup-holders Arsenal was eliminated in the previous round at Southampton, who travel to Molineux to face Wolverhampton Wanderers in round five, whilst current Premier League Champions, Liverpool, also bowed out in round four at Manchester United in an entertaining 3-2 thriller.

Last season’s beaten finalists Chelsea will be looking to get their hands on the trophy this time around. The eight-time winners last lifted the trophy in 2018 face Barnsley at Oakwell, and will no doubt be looking to repeat the 6-0 drumming they gave the Tykes earlier in the season, in the EFL Third Round. Swansea City host favourites Manchester City at the Liberty Stadium. 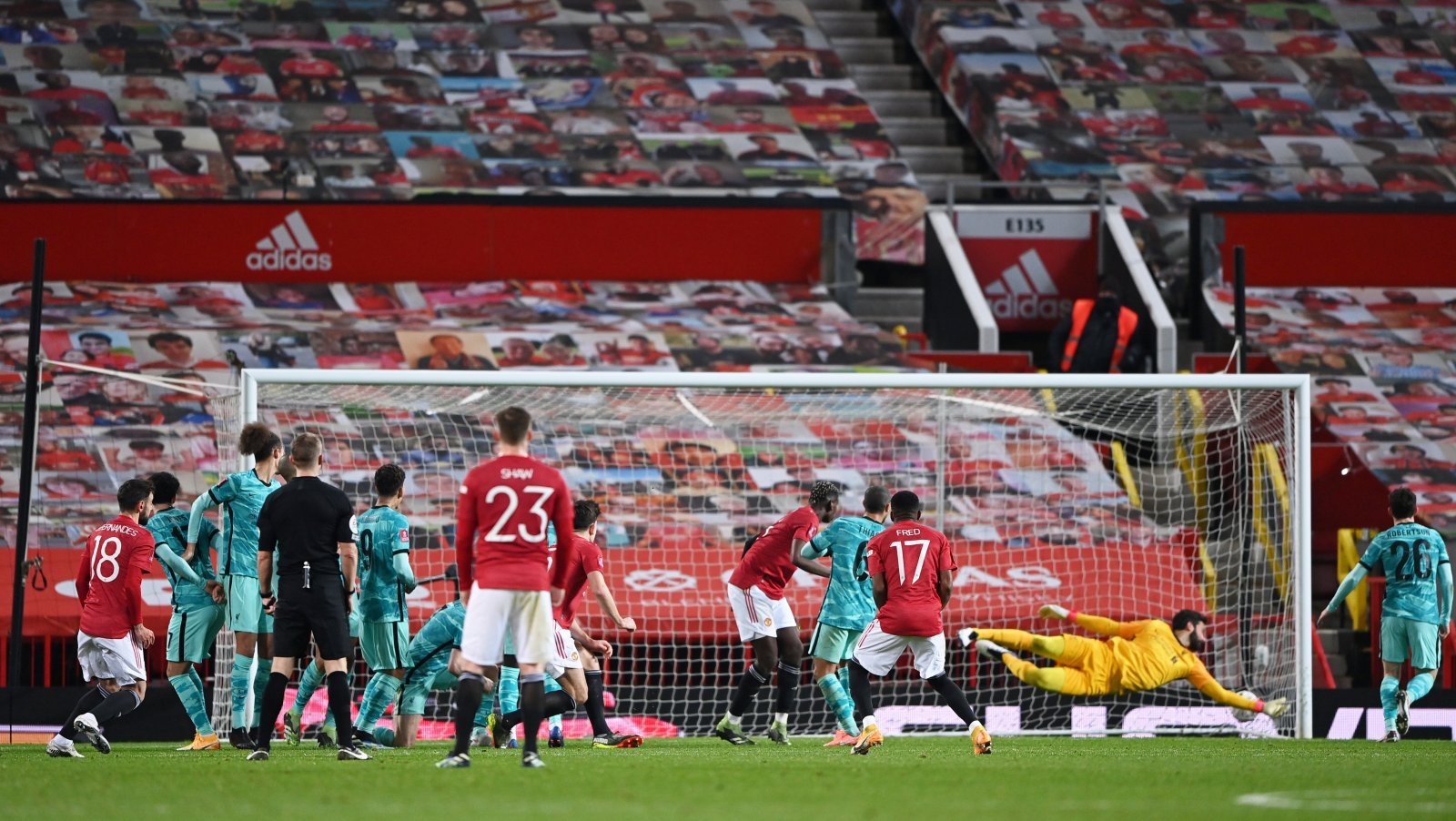 GOAL: Bruno Fernandes powerful free-kick for Manchester United is enough to secure the winner against Liverpool in round four.

Last season, the Blades reached the Quarter-Finals in the FA Cup, having disposed of AFC Fylde, Millwall, and Reading, before cruelly being dumped out by eventual winners Arsenal at home. A victory over Bristol City would see Chris Wilder’s side again reach the Quart-Finals, with the possibility of a semi-final date at Wembley insight.

Sheffield United broke their duck and record their first victory in 21 competitive matches (or 1,890 hours), after beating Bristol Rovers in the FA Cup.

Whether you consider the game in Bristol as showing a good performance or just getting a positive result, Chris Wilder’s side certainly did thus by winning 3-2 at Bristol Rovers. However, they were guilty of making heavy weather of it, despite taking an early lead in the third minute through keeper Joe Day’s unfortunate own goal from Lys Mousset’s header. They allowed Rovers to get back into the game when Kilgour headed home on 21 minutes after connecting with Westbrooke’s free-kick.

This game was put to bed in a frantic few second-half minutes that saw three goals scored in United’s favour. Oliver Burke had darted clear of the defence from John Fleck’s through ball to slot home on 59 minutes. Three minutes later Leahy’s near-post header from a free-kick saw Ehmer bundle home at the far post unchallenged. It seemed like all the hard work had been undone by a side two Divisions below them but within a minute the Blades were ahead again as David McGoldrick played in substitute Jayden Bogle who slotted home between the keepers’ legs.

It took a late winner from Chris Martin to overcome their League One opponents, Portsmouth, when extra-time and penalties look an almost certainty. His powerful strike from 20 yards on 83 minutes was enough to settle the tie.

The Robins had taken the lead at Ashton Gate on 19 minutes as Famara Diedhiou fired home into the bottom corner from the edge of the area past visiting keeper Craig MacGillivray.

With half-time drawing to a close, Portsmouth levelled after Andy Cannon made a spectacular run and cutback for Callum Johnson to finish. In the second half, the visitors threatened a banana skin. Keeper David Bentley had to save smartly to keep out Tom Naylor before Martin came up with a winner.

With supporters not being able to attend matches the competition has perhaps lost its magic a little bit but that didn’t deter the Blades doing the business and securing a place in round five, where they will host Bristol City, after beating Plymouth Argyle 2-1. United had put themselves into a comfortable position after guiding themselves into a two-goal lead but gave themselves a nervy finish when they allowed the Pilgrims to pull one back.

United was denied a controversial penalty following an alleged handball in the box from Ethan Ampadu’s shot struck the raising hands of Kelland Watts. It looked a stone-walled penalty but after a VAR review, referee Lee Mason ruled out any appeals. The hosts did take the lead on 39 minutes when excellent play down the left saw Billy Sharp clip the ball onto the far post and his looping cross was headed home by Chris Basham.

The second half saw the Blades double their lead two minutes after the re-start after a ball through to Billy Sharp from Oli Norwood saw the skipper charge through the box, round keeper Michael Cooper and slot home in front of an empty Kop. Argyle pulled one back fifteen minutes from time after John Lundstram lost possession in front of his own box, and allowedByron Moore’s run to pull back to Panutche Camara who finished.

Dean Holden’s side-swept follow Championship side Millwall aside as they booked a place in the fifth round, for only the second time in the last 20 years, following a 3-0 win at The Den. Former Bradford and Huddersfield striker Nahki Wells was the star of the show as he scored once and assisted another.

Diedhiou, who scored in the previous tie at home to Portsmouth, was on target again as he slotted home a penalty on 32 minutes after he was brought down in the box by keeper Frank Fielding.

In the second half, Wells doubled the visitors’ advantage on 58 minutes when his free-kick spun off the Millwall wall, leaving Fielding standard. Fourteen minutes later, victory was complete when Antoine Semenyo picked up Wells’ long pass and slotted home. 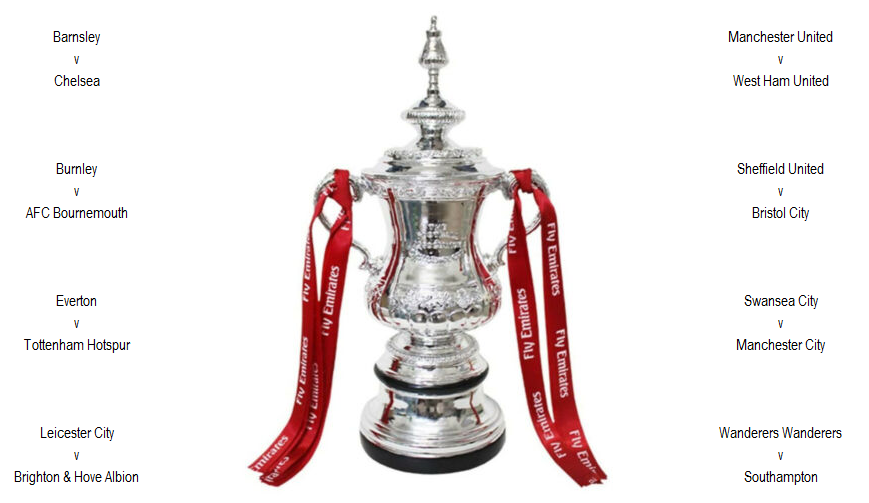