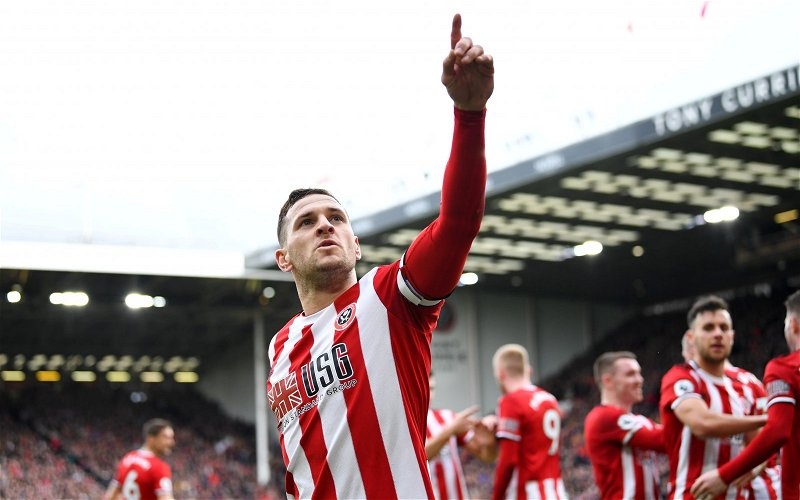 Sheffield United supporters can be exciting by the news that former Leeds United and Southampton striker, Billy Sharp, has put pen to paper on a new one-year deal to remain at his boyhood club for a further year.

The official Sheffield United website made the announcement this morning that Sharp, 36 has extended his stay until 2023 amidst the uncertainty of his future with his former deal due to expire this summer.

The skipper, who could make his return from injury in tomorrow’s Championship fixture at home to Cardiff City, has netted 15 goals this season, which has proved valuable in their plight in achieving a top-six finish.

Opportunity to keep scoring for this club makes me smile and proud 😁⚔️❤️ pic.twitter.com/2DrOdKhHQL

Throughout his career, the striker has been a poster boy and talisman for Sheffield United and its supporters. He is currently on his third spell with the Bramall Lane club, having gone through the Academy before joining Scunthorpe United.

He signed for this third spell by Nigel Adkins in July 2015 and has made 327 appearances for the Blades and scored 126 goals throughout his Blades career so far.