England Fans Demand Success But Can They Deliver 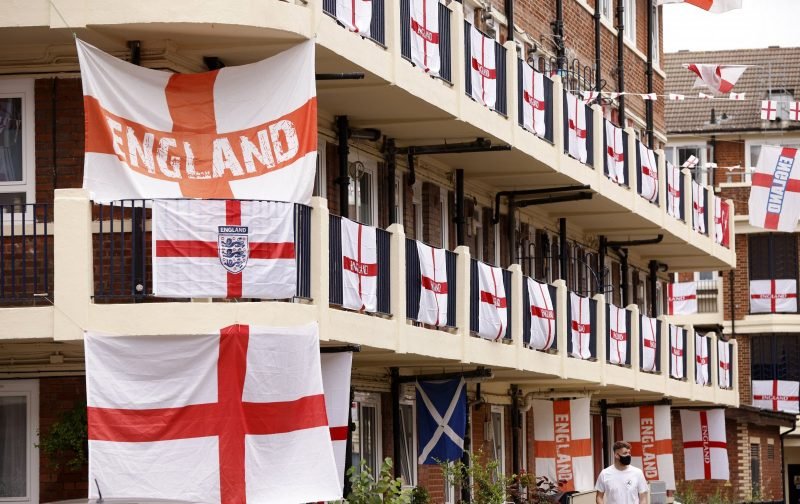 It’s here… Euro 2020 is finally here. England begins their Group D journey tomorrow at home to Croatia. Whilst several matches will have already been played from this year’s tournament, the Three Lions will have to wait until tomorrow for their opening fixture.

Gareth Southgate’s side prepared for this summer’s delayed competition with two friendlies – both were played at the Riverside Stadium, home of Southgate’s former club, Middlesbrough. On 2nd June, winning both games 1-0 victories over Austria, with Arsenal defender netting the winner, and Romania, on 6th June – Marcus Rashard scoring the winner from the penalty spot.

Although in the 26 man England squad, it is expected that former Sheffield United defender Harry Maguire (below), now at Manchester United, will miss the Three Lions opening fixture against Croatia after suffering ligament damage in the Red Devils fixture with Aston Villa last month. 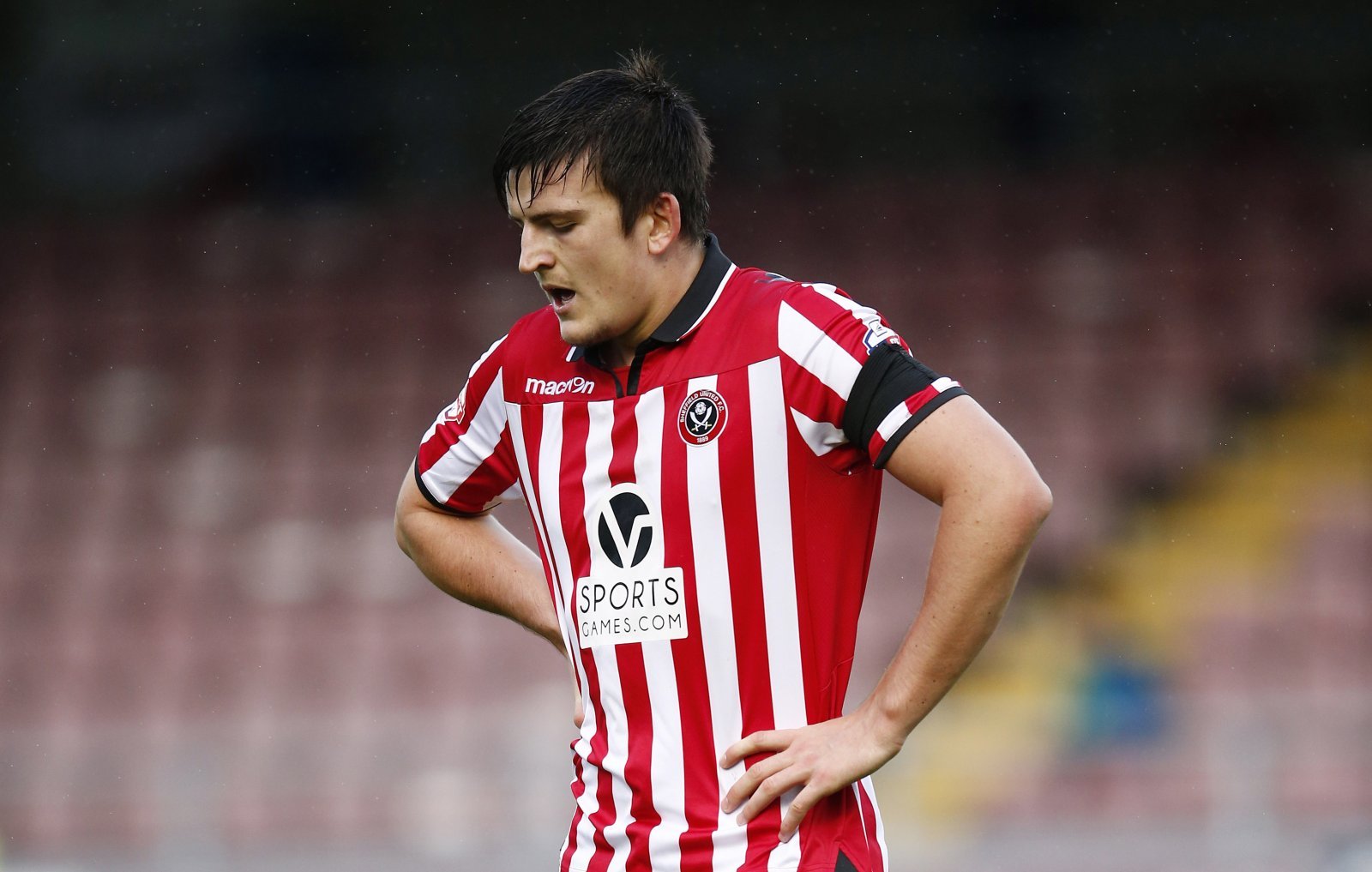 The two countries have met once in the European Championships. This was in the group stages of the 2004 competition hosted by Portugal. At the Estadio de Luz (Benfica), on 21st June, despite falling behind as early as the sixth minute, England battled hard and beat their opponents 4-2. Paul Scholes had leveled on 40 minutes, heading home from close-range, and canceling Niko Kovac’s early goal after he stabbed home in a crowded box following a free-kick from the left. In first-half stoppage time, Wayne Rooney guided the Three Lions ahead with his 20-yard drive past stopper Tomislav Butina.

Rooney doubled his tally on 68 minutes after a neat on-two with Michael Owen saw the striker race clear and one-on-one with the stopper he finished the job. Croatia set up a sense finish five minutes later after Igor Tudor narrowed the deficit with his close-range header. On 79 minutes the victory was rubber-stamped via Frank Lampard’s jinxing run into the box, after picking up David Beckham’s pass. The Chelsea midfielder twisted before driving the ball into the left-hand corner.

Croatia has warmed up for this year’s tournament with a 1-1 draw against lowly Armenia on 1 June, despite taking the lead via Ivan Perisic, before recording a 1-0 loss against 2018 World Cup Finalists, Belgium, on 6th June. Former Chelsea and Everton striker Romelu Lukaku netted the games’ only goal.

After facing the Three Lions tomorrow, Croatia will continue their Group D campaign in the United Kingdom as they face Czech Republic on 18th June (KO: 5 pm), and Scotland on 22nd June (KO: 8 pm) – both at Hampden Park, Glasgow.

Like England, Croatia doesn’t have a great pedigree when it comes to the European Championships. From 1960 to 1992 they were part of the former Yugoslavia and qualified for the first time as an independent nation in 1996. Since then they have failed to qualify once, in 2000, and have made it one round past the group stage on three occasions 1996, 2008, and 2012 – but have yet to go further. 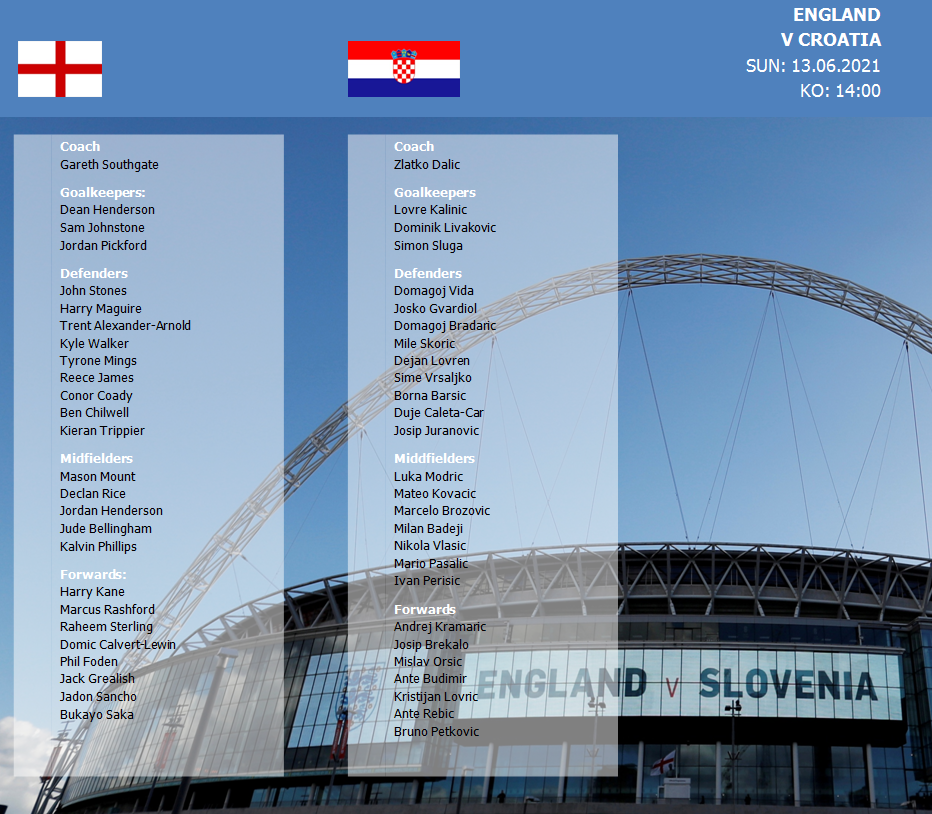