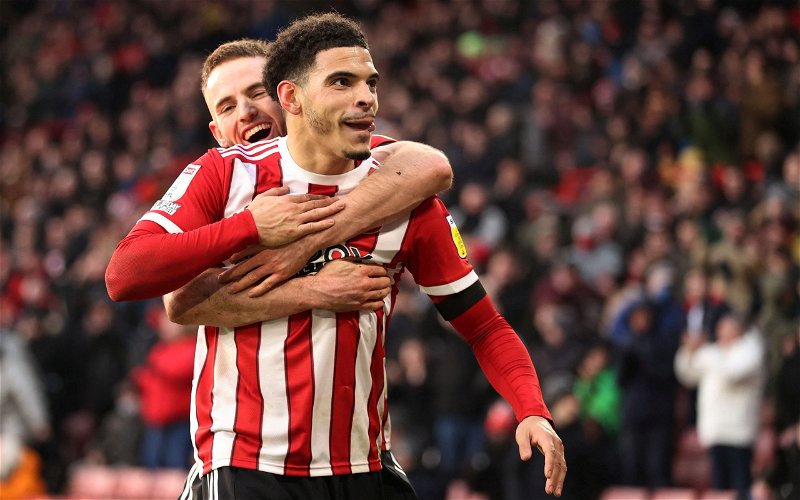 Except for Manchester United goalkeeper, Dean Henderson, midfielder Morgan Gibbs-White, who joined on loan from Wolverhampton Wanderers last season, has been one of the standout loan players the Blades have had over the last few years.

The midfielder was sensational for Sheffield United since arriving from the Midlands on loan on 31st August 2021 under the leadership of former coach, Slavisa Jokanovic.

In a season where the Blades narrowly missed out on promotion after losing on penalties to Nottingham Forest in the semi-final of the Championship Play-Offs, following a 3-3 aggregate draw, the England U21 netted 12 goals in 34 appearances for the Blades and created 10 assists – according to WhoScored.com!

With strikers limited due to injury, both Morgan and Academy starlet Illiman Ndiaye forged a great partnership in attack.

Having returned to his parent club, Wolves, news has emerged that the energetic midfielder has been offered a new deal by the Molineux club, warning off any speculation of leaving the Molineux club permanently.

Wolves have offered Morgan Gibbs-White a new contract to fend off interest from clubs including AC Milan, talkSPORT understands #WWFC