With automatic promotion to the Premier League already secured by Sheffield United, we headed into our final game of the 2018/19 Championship campaign in good spirits as we headed to the Bet365 Stadium earlier today to face Stoke City.

All the final regular season action took place on Sunday at 12.30, but there was the small matter of a potential title lift for the Blades to fight for so the last thing manager Chris Wilder would’ve wanted to see was us fail to win, and then Norwich City lose.

It was certainly a lively game and had the referee used his eyes Stoke would’ve been down to ten men and we’d have had a penalty, but as it was we had to fight back from behind twice – goals from Kieran Dowell and Enda Stevens – and we could only take a point.

Norwich beat Aston Villa so we weren’t left to rue the draw and the celebrations speak for themselves. 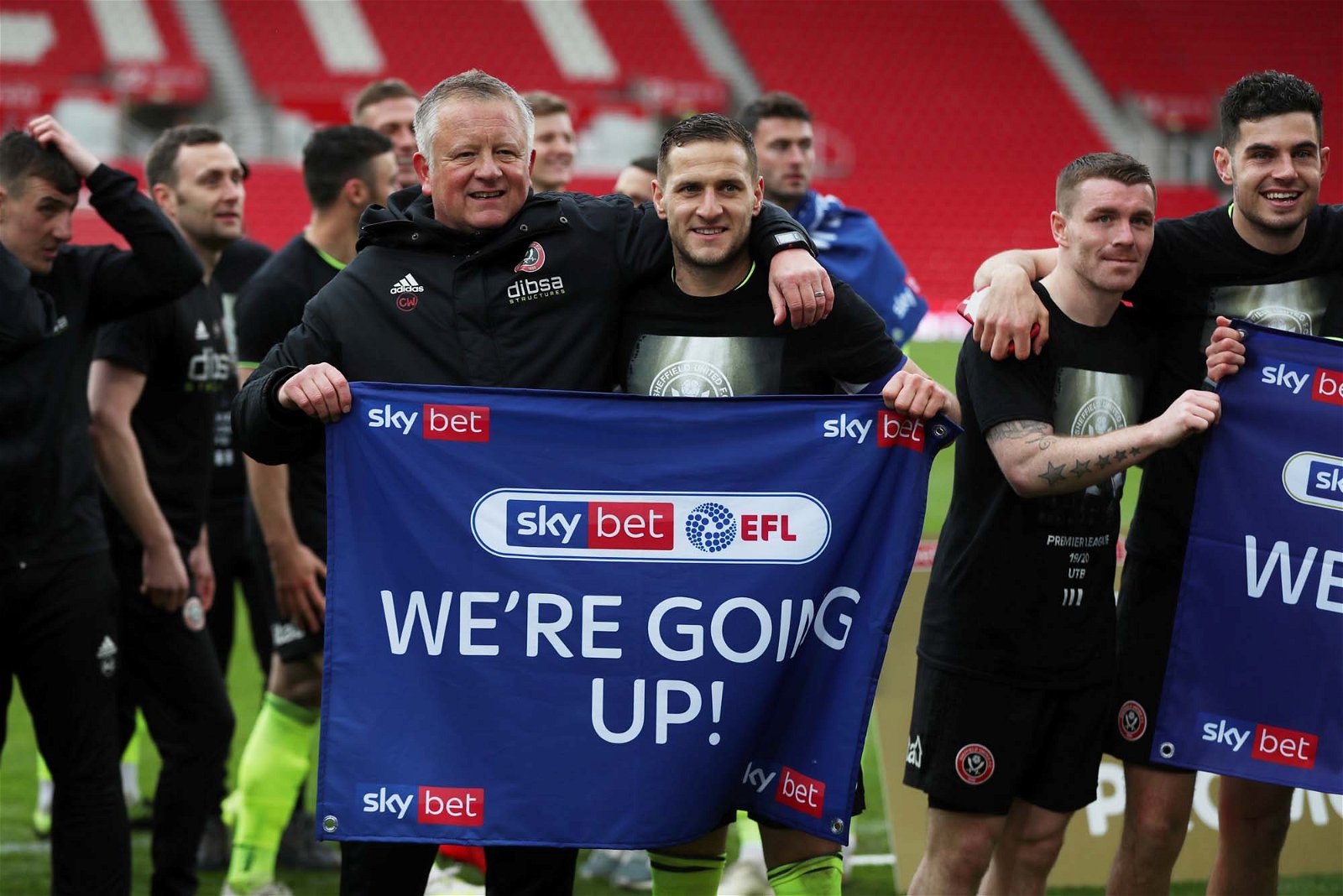 Speaking to the BBC following the game, Wilder said of the day’s action.

“It was a tough one for the players after the emotions of last weekend as well as drinking every pub in Sheffield dry for the last four days. In the first half it didn’t go for us but we were up against some really good players who want to end the season on a high, so we knew it was going to be a tough afternoon. In the second half, we were more like it. We epitomised what we are about. The result is the right result as far as I am concerned. We didn’t do enough to win. Congratulations to Daniel Farke and Norwich City. It has been a thrilling race between us, Norwich and Leeds. I’ve always said the best team wins the Championship and we are delighted and proud to be joining them in the Premier League.”