Did I influence McCabe’s decision to dismiss former Blades boss? 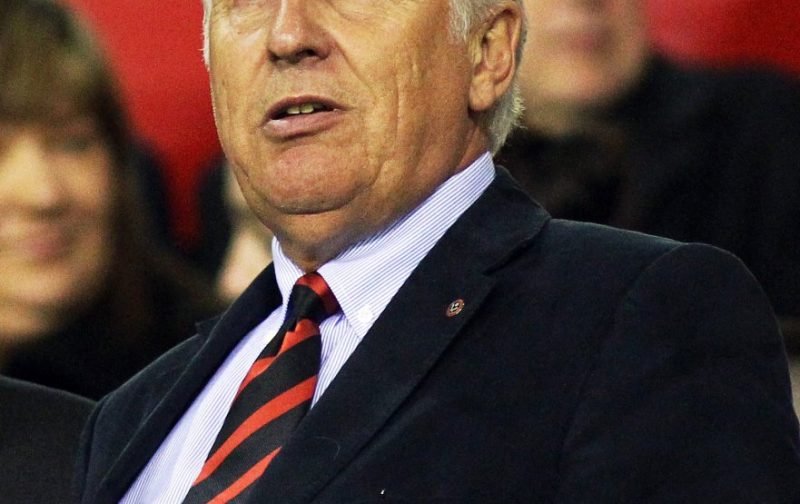 There is already a thread on the VitalBlades message board regarding the last days for Bryan Robson as Sheffield United manager (see; thread here), who was sacked as Blades boss on this day in 2008, 12 years ago. It was this thread which recaptured a memory around the time he was manager of the Blades. Robson had been installed as United manager in 2007, following United’s relegation from the Premier League, and the exit of former boss Neil Warnock. It is something which I have kept silent for many years, but in the final days of Robson as manager, I may have influenced how he would be removed as manager, but only for the better. Read on to find out more..

Under Robson, he kept a steady ship, although they lingered mostly mid-table throughout the season, and at one point seemed to be heading towards the bottom end of the table and drifting ever dangerously into the bottom three.

The thread got me thinking about something which I have kept quiet about over the years. I’d already been in contact with Kevin McCabe about different issues. United headed into February having won just 9 games out of 29 league matches thus far. They had also drawn 8 matches and recently lost the Steel City Derby 2-0 at Hillsborough, and lay just below mid-table.

Under the leadership of Robson and his assistant Brian Kidd, both of whom who had a great reputation during their days with Manchester United, saw results floundering. That defeat in S6 was their last defeat on the books, but a victory at QPR on 12th January was the first win in six matches! Draws at Colchester, and a 0-0 at home to Scunthorpe seemed to be the final straw for supporters, who filled the Bramall Lane car park in protest to chairman Kevin McCabe, insisting that Robson be stripped as Blades manager.

He would have one more fixture as United boss, a 0-0 draw at his former club West Bromwich Albion before being relieved of his duties on Valentines Day 2008.

As a passionate supporter of the Blades, I too was deeply concerned regarding the lack of results. Although I didn’t join in the concrete conquest which a majority of supporters decided to take such action. Instead, I took matters into my own hands. They say that the pen is mightier than the sword, and in this case no truer word has been spoken. Though my choice of weapon was more a keyboard, rather than ink.

Below is an email which I sent to then chairman Kevin McCabe, who kindly responded positively, as it seemed that he too had come up with the same solution as to remove the manager from his position, and instead, cunningly, install Mr Robson in a Director of Football capacity role.

It seemed as though my words may have given the Blades former chairman some influence on how properly this matter should have been dealt with, as an emergency meeting was held in Brussels and days later, Robson turned down the opportunity to become a Technical Director before being relieved of his duties. 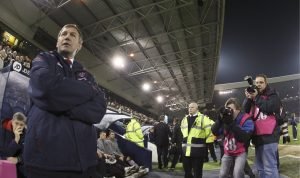 I am aware that you unfortunately wasn’t able to attend the 0-0 draw with Scunthorpe United which left quite a large number of the 25,000 crowed bitterly disappointed and showed their anger by chanting; ‘Robson Out!’ – I can safely say that I wasn’t one of them although I am not happy with the current situation.

It has become apparent that as a manager Mr. Robson is struggling to maintain the expectations laid on by both the club and the supporters, on paper with the team United have we should be battling it out with Watford and West Brom for the top spots and not looking over at Wednesday’s shoulders and wondering if we may be following them into League One.

Fans knew it wouldn’t be a stroll in the park but obviously, at this stage of the season would like to see the Blades in the top six. However the Blades are doing well in the FA Cup and would like to see United beat Middlesbrough – I feel that they are the weakest top flight team left in the competition and should strive to beating the Boro.

Back to the management situation, it has become obvious that Bryan has made some shrewd choices in the loan market with; Gary Speed, Lee Martin, Phil Bardsley and Gary Cahill, all doing well at the Lane whilst David Cotterill looks exciting and the Inter striker has yet to feature.

He also included decent signings last summer with James Beattie, Gary Naysmith, Lee Hendrie, David Carney, and Billy Sharp. It is with that, that I propose that Robson shouldn’t be sacked.

The former England midfielder obviously as an idea on what players to bring in, so why not move him

Upstairs as a ‘Director of Football’ role, that is above manager and would allow him to use his influence to bring in quality players that we thrive for, whilst a new manager would please fans and maybe United would start winning games.

Indeed, the Blades have now gone four games unbeaten, but three drawn games in a row is unacceptable and the majority of fans feel that you should take action now.

Think you’re on the right wavelength. I’m speaking to Bryan later today and he’s due to come to see me in Brussels on Wednesday along with Terry Robinson. Suffice to say there’s much to debate and decide upon as our first team is not playing to the expectations of manager and supporters alike. So, expect sensible changes in the near future.

Certainly Bryan’s background, experience and contacts are a great benefit to the Blades and open doors all over the place

I’m off to the airport heading to Budapest on SUFC business as out with the disappointment of yesterdays match we have to get on with building the best Club in England!

Thanks for your wise words

One Reply to “Did I influence McCabe’s decision to dismiss former Blades boss?”