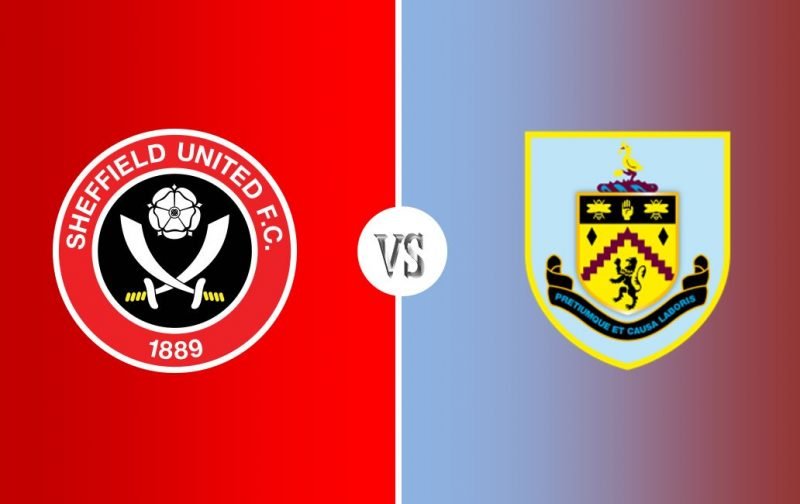 Sheffield United host Burnley at Bramall Lane tomorrow for what will be the Blades final Premier League fixture. With relegation already guaranteed, it marks the end of a two-year reign in the top flight, with United hoping to bounce back at the first attempt in the Championship next season.

The two clubs have already met twice so far this season – both were at Turf Moor. The first meeting came at the beginning of the season in the Carabao Cup Second Round on 17 September. The game finished 1-1 at 90 minutes, Matej Vuydra’s strike on 67 minutes cancelled out David McGoldrick’s fourth-minute opener. The Clarets went through after winning a penalty shoot-out 5-4 and went onto beat Millwall in the next round before losing 0-3 at home to eventual winners Manchester City.

United and the Clarets again met in the final Premier League fixture of 2020. Having won this fixture by a single goal, Burnley has the opportunity to complete the league double over Sheffield United in their final game of the season. Ben Mee’s header from a corner on 32 minutes was enough to settle the difference. 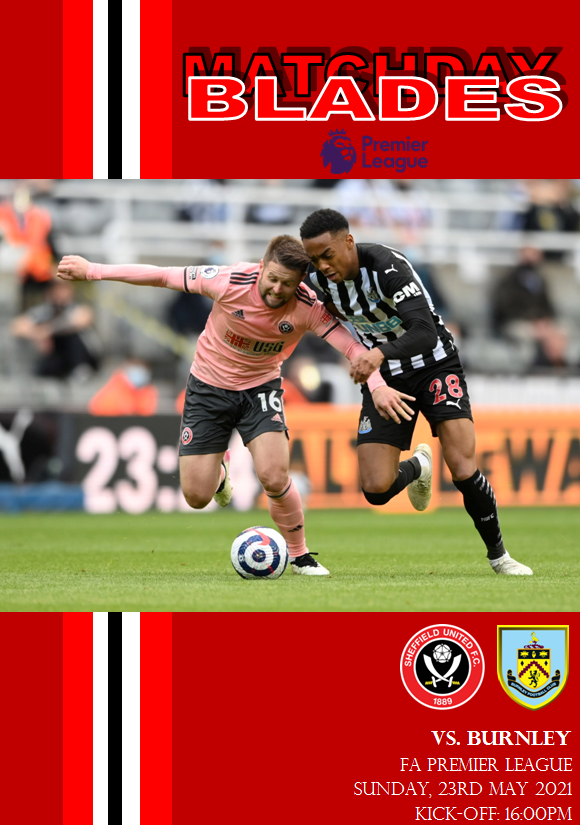 Whilst this season has been somewhat of a disaster for the Blades, a minute shining light is the welcoming back of supporters to Bramall Lane for the first time since March 2020. Although restricted, the club is only allowed to sell 5,096 tickets for this fixture, though it is understood that many supporters are not happy with the £40 price mark.

Having masterfully beaten Everton by a single goal away from home a week ago, in what was the clubs best performance of the season, despite putting in a similar performance, the Blades lost 1-0 at Newcastle last Wednesday night.

Injuries have been a thorn in the Blades side all season, which has contributed to United’s downfall this season. Ahead f this Sunday’s final Premier League match with Burnley, interim boss Paul Heckingbottom is without three strikers. Oli Burke (ankle), Billy Sharp (thigh), and Oli McBurnie (ankle) are all absent through injury, whilst Lys Mousset isn’t 100% fit but may be included amongst the substitutes, leaving David McGoldrick and Daniel Jebbison starting in attack.

They are also without midfielder Sander Berge, who is being linked with a move away from Bramall Lane this summer, through injury, as well as defenders Ethan Ampadu (groin), George Baldock (thigh), and Jack O’Connell (knee).

The Clarets come into this clash with Sheffield United in identical form having won two from their last six Premier League outings having claimed victories at Wolverhampton Wanderers (won 4-0), and Fulham (won 2-0) – both away from home. They were beaten 3-0 at Turf Moor in their final home game on the season on Wednesday evening by last season’s champions, Liverpool.

They are seventeenth in the table, and a victory could see them finish the season above the last safe place in the league, though with the relegation spots already declared, the Lancashire club cannot face relegation this season.

Burnley boss Sean Dyche is likely to recall keeper Nick Pope for the clash at Bramall Lane after he missed the defeat to Liverpool due to a knee injury. They are however expected to be without Kevin Long, Robbie Brady (both calf), Dale Stephens (groin), and former Sheffield United and Manchester United defender Phil Bardsley (groin), through injury. The 35-year-old joined the Blades on a three months loan from the Old Trafford club in October 2007, under the stewardship of Bryan Robson. He made his debut in a 1-1 draw at home to Preston North End and went onto make 16 appearances for the Red and White Wizards.

Past Premier League Results… vs. Burnley