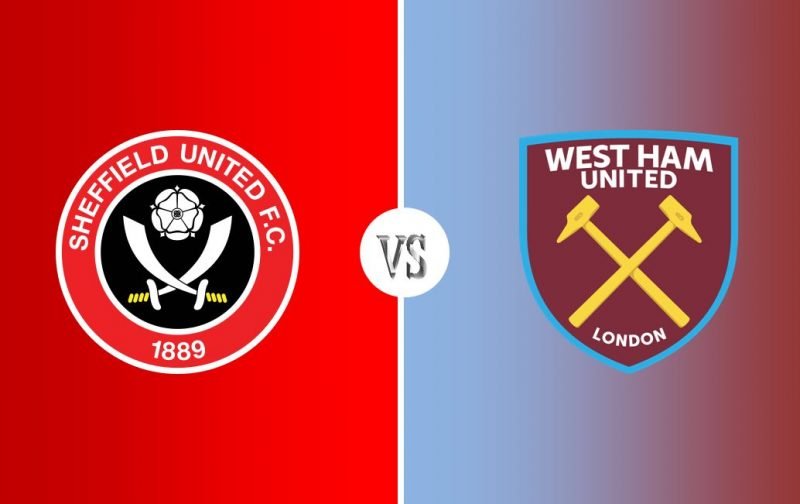 Sheffield United’s visit to the London Stadium could prove to be a big game. A victory for the Blades in the capital could see United jump off the bottom of the table for the first time since 31 October. However, that is providing that West Brom have failed in their plight to beat Manchester United at Old Trafford yesterday. 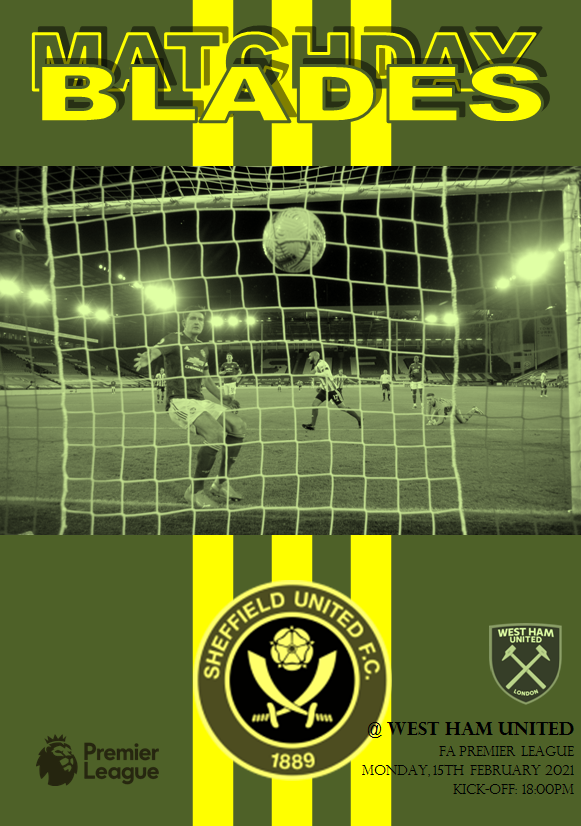 The Blades have been somewhat rejuvenated in the Premier League in the last month having won three out of their last six matches. They were beaten 2-1 at home to Chelsea last weekend before advancing in the FA Cup after beating Bristol City 1-0 at home under controversial circumstances.

For the second game in a row, VAR was involved to award a penalty. On 65 minutes, Billy Sharp’s square-ball evaded several defenders before being rolling loose to David McGoldrick, his powerful shot was stopped in front of goal by former Barnsley defender Alfie Mowson, John Lunstram then beat the keeper with the rebounded effort but Tomas Kalas had scampered back onto the goal-line to clear. Having checked VAR, referee Robert Jones ruled that Mowson had handballed. He was dished a red card and Sharp converted the penalty kick.

United had missed a golden opportunity earlier in the match as Jayden Bogle played in Max Lowe in the first half, he got himself into a comfortable position and his effort beat the keeper but bounced off the top of the crossbar. Bogle then headed straight at the keeper from Ethan Ampadu’s cross.

Blades boss Chris Wilder is expected to recall Amapdu after he sat out last weekend’s defeat against Chelsea. On loan from the Blues, he isn’t allowed to face his parent club under competition rules. Meanwhile, wing-backs, Enda Stevens (calf), and George Baldock (knock) remain doubtful. 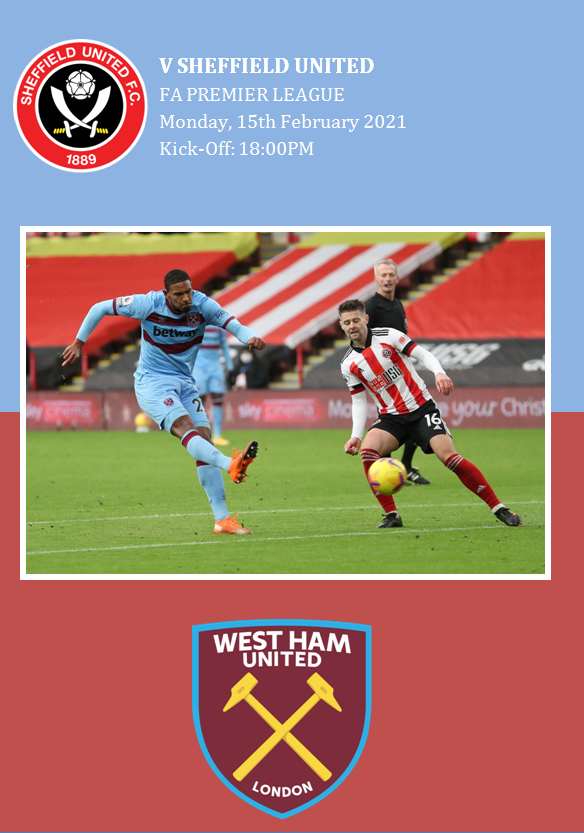 West Ham United begun the weekend sixth in the table, but may have slipped down the table should results elsewhere involving Everton (v Fulham), and Tottenham Hotspur (at Manchester City), not go in the Hammers favour. They were dumped out of the FA Cup in midweek at Manchester United with the Red Devils winning the tie 1-0 after extra-time, whilst in the Premier League, they drew 0-0 at Fulham a week ago.

The two United’s of Sheffield and West Ham met earlier in the season at Bramall Lane, on 22nd November, with West Ham returning with a 1-0 victory via Sebastian Haller’s strike on 56 minutes. Since then the club has played a further fourteen more league games and lost three of these matches (drawn four).

Hammers boss David Moyes has somewhat of an injury crisis, with five players unavailable ahead of tonight’s game. The Londoners are expected to be without Angelo Ogbonna (ankle), Arthur Masuaka (knee), Darren Randolph (knock), Andriy Yarmolenko (knee), and Fabian Balbuena Gonzalez (calf), are all absent through injury. Meanwhile, former Sheffield Wednesday midfielder Michail Antonio is expected to face a late fitness test, whilst Issa Diop (head) is expected to return to selection after recovering from injury.