Can History Repeat Itself – 25 Years On 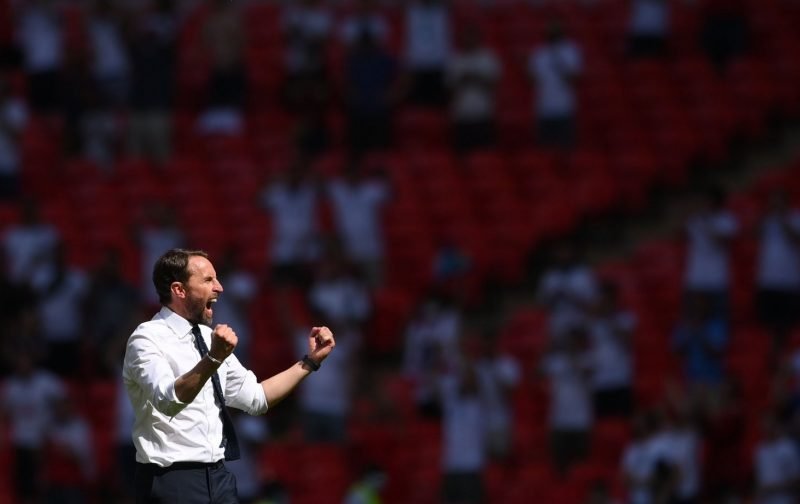 England comes into this second group fixture match after facing Croatia in the opening fixture of Group D, and will face Scotland at Wembley this evening. The Three Lions had won the two warm-up fixtures 1-0 over Austria, and Romania, and continued with the same score-line.

against Croatia at Wembley. Manchester City forward Raheem Sterling netted the game’s only goal, though, the score-line flattered to deceive and had opportunities found the back of the net, they may have won by a greater margin.

England coach Gareth Southgate may select the same side which started in the victory over Croatia, however, he may be boosted by the return of former Sheffield United defender Harry Maguire, who is recovering after being injured in a Manchester United fixture in late May.

However, they have been forced to make one change from the squad which beat Croatia four days ago. Manchester United goalkeeper has exited the national team due to a hip injury; with the Three Lions recalling Sheffield United stopper Aaron Ramsdale in his place.

Aaron Ramsdale has been called up to the England #EURO2020 squad. 👏 pic.twitter.com/svApJomcrg

This summer’s competition is an exciting time for Scotland. It is the first time that they have qualified for a major tournament since the World Cup in 1998, hosted by France.

The 2020 tournament is the third time that the Scots have qualified for this competition. They qualified in back-to-back competitions in 1992 and 1996. In 1992, without England, Scotland was eliminated in the group stages after losing their opening two matches to Netherlands (0-1), and Germany (0-2). However, they exited with grace, recording a 3-0 victory over CIS.

In 1996, hosted in England, the Scots were drawn into Group A along with the hosts. Again, they failed to advance out of the group stages. They drew 0-0 with the Netherlands at Villa Park, before losing 2-0 to England at Wembley. They capped off the group stages with a 1-0 victory over Switzerland – Ally McCoist’s goal proving to be their only goal scored in the tournament.

Two days ago marked 25 years since that infamous fixture against Scotland at Wembley. It has proven to be the only fixture thus far (until tomorrow), that the two nations have come face to face in this particular competition beyond the qualifiers. On 15 June 1996, England bestowed a famous victory, winning 2-0 with goals from Alan Shearer, and that magnificent goal from Paul Gascoigne chipped the ball over defender Colin Hendry before volleying the ball home. With England a goal to the good, the visitors were handed a golden opportunity to level but David Seaman was equal to Gary McAlister’s spot-kick. 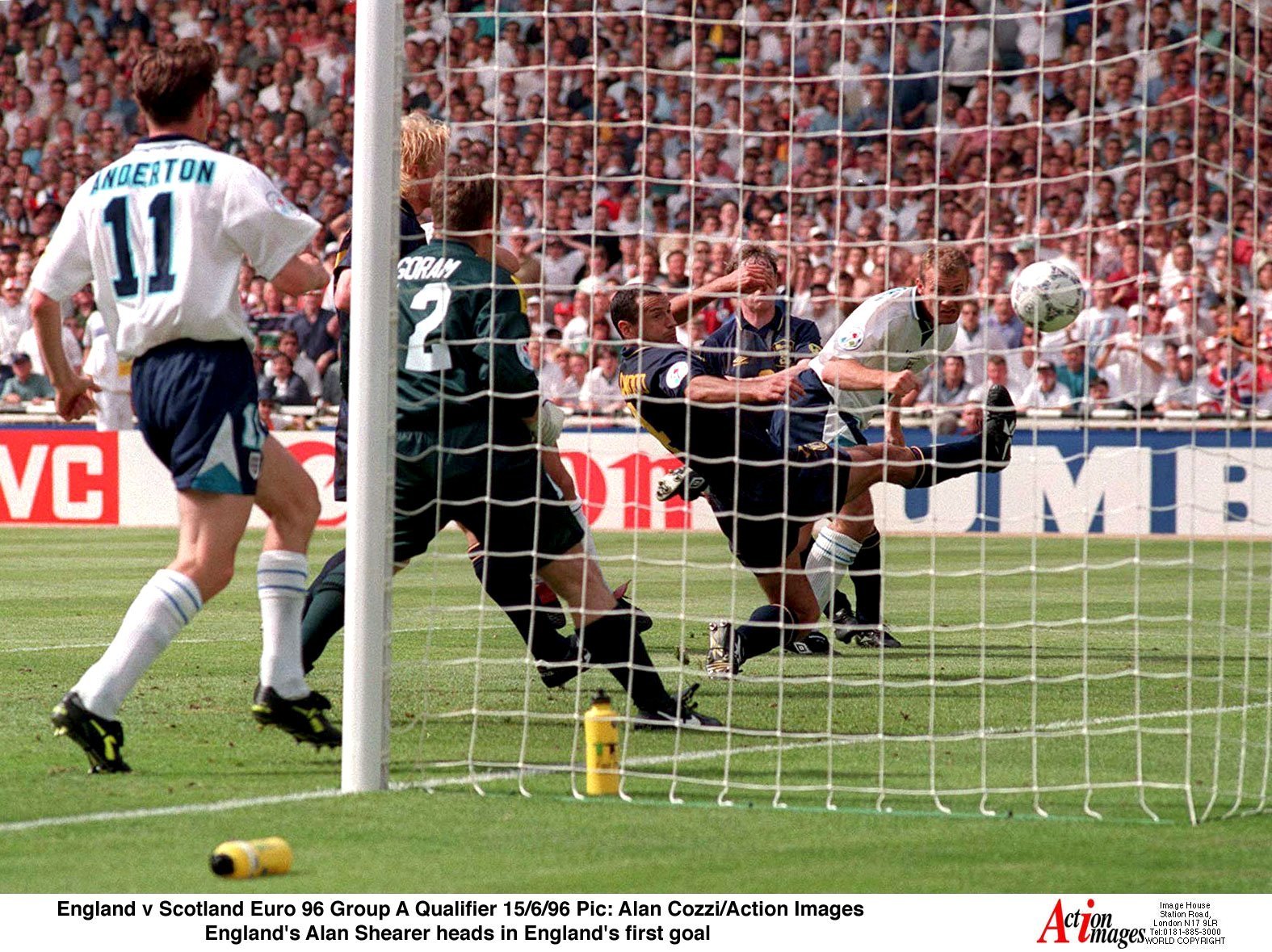 However, Steve Clark’s side began the tournament in the worse possible way after losing their opening fixture 2-0 at home to the Czech Republic, and in considerable fashion. The hosts appeared lackluster and failed to penetrate the opposition defence. Their defence was breached on 42 minutes after Patrik Schick skilfully headed home from a free-kick. The Bayer Leverkusen forward netted a dramatic second after they broke away and after finding Derby keeper David Marshall off his line, fired a long lobbed ball over the retrieving stopper and into the net.

Following the completion of this fixture against England, Scotland will face Croatia at Hampden Park on 22nd June, at the same time as England face Czech Republic at Wembley (kick-off; 8:00 PM). For Scotland, they may need to win in their final group fixture to stand any form of qualification into the knockout stages. The same can be said for England, but stand better stead having won their opening fixture, and victory tonight over Scotland would surely see them claim a place in the next round.

The Tartan Army may be without Sheffield United midfielder John Fleck after he tested positive for Coronavirus on 1st June. As a result, he missed the friendly with the Netherlands, which ended 2-2.

A statement read; “The Scottish FA can confirm that John Fleck has tested positive for COVID-19 at the Scotland National Team basecamp in La Finca. As a result, he will self-isolate as per Spanish Government guidelines and therefore not fly to Portugal for tomorrow’s match against the Netherlands. The rest of the squad was retested for COVID-19 and returned negative results today.” Meanwhile, his fellow United team-mates, Oli McBurnie, and Oliver Burke have not been included in the squad to the Euro due to injury. However, former Blades striker Che Adams has been included in Steve Clark’s 26-man squad. The Scots could see the return of Arsenal defender Keiran Tripper, who missed their opening fixture due to injury. 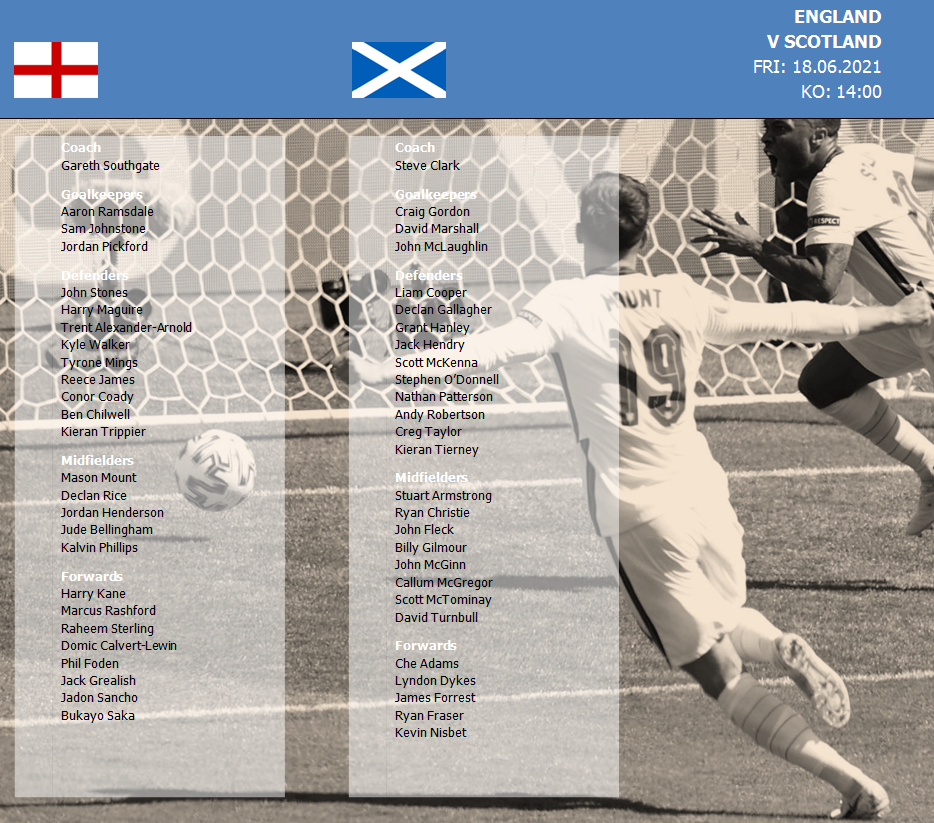