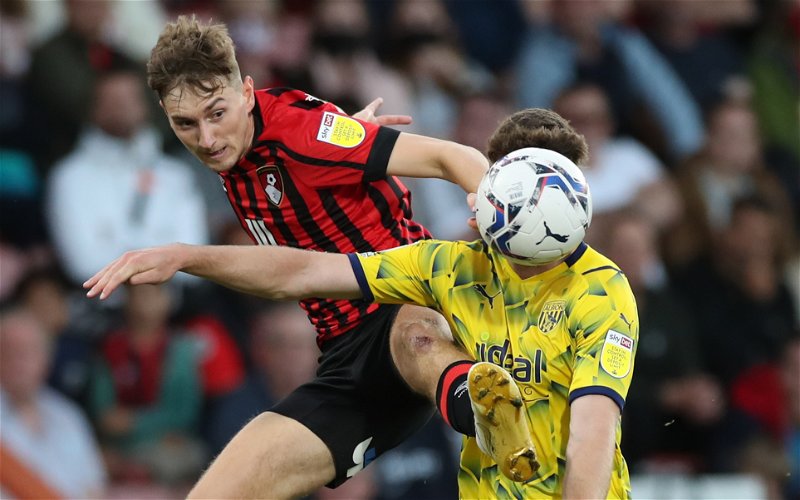 Brooks was diagnosed with stage two Hodgkin lymphoma last October, but after strong battling, we’re all glad to see Brooksy back involved in football again.

Bournemouth tweeted: “Things you love to see. Great to see you back amongst things, @DRBrooks15.”

The former United starlet will be hoping to get back up to speed in pre-season, in hope of making a great comeback story by returning to Premier League football this coming season.

Supposedly his contract is up this summer [according to Transfermarkt]. But presumably the Cherries will be extending his contract now that he has beaten cancer.

Brooks was signed by the Cherries from the Blades in 2018 for a fee of £10M upfront, with the potential of it rising to £11.5M.

The Welshman will also have an eye on the winter, as Wales qualifying for the World Cup in Qatar, he will be determined to get fit for that, and have his name back in the squad selection for his national side.

But if Brooks struggles for game time at Bournemouth, maybe he would be better suited at getting minutes elsewhere. There’d be no better place to do that than at a Bramall Lane, back where he made his name.

United fans would welcome Brooksy back with open arms, I’m sure of that.

In the 17/18 season in the Championship, Brooks broke onto the scene at senior level. Portraying individual pieces of excellence through his silky dribbling and vision, he quickly became sensationalised by the supporters.

Bournemouth didn’t hang about after seeing Brooks’ performances in the Championship at a young age, and they snapped him up in the summer of 2018.

Could we see Brooksy back at the Lane next season? Either way, we’re all glad to see Brooks back healthy again!