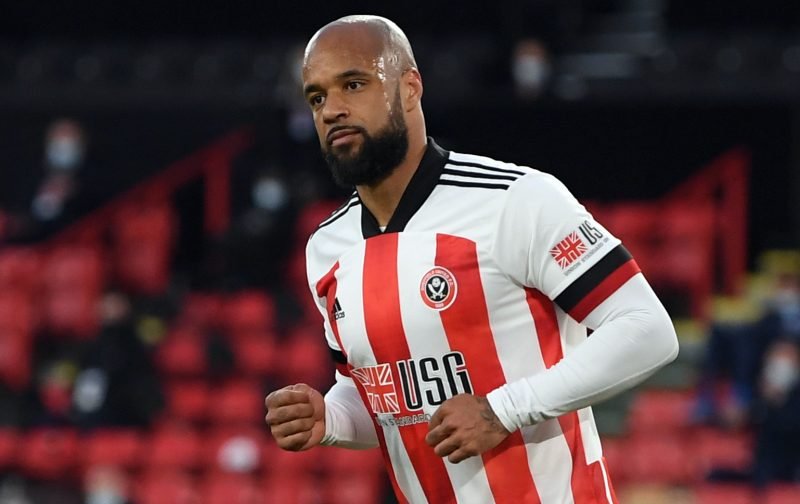 Interim manager Paul Heckingbottom went with a forward line of Rhian Brewster and David McGoldrick, whilst Ethan Ampadu was resigned to the substitutes bench, whilst George Baldock was brought into the back three, along with John Egan and Kean Bryan. Jayden Bogle, who scored in this fixture earlier in the season, began at right full-back.

The early exchanges saw the Blades enjoy the majority of the ball and within 60 seconds, Brewster saw his effort blocked, and Baldock’s cross was met by the head of McGoldrick but his tame header was easily collected by Albion stopper Sanchez.

Brighton’s first opportunity came on 11 minutes when Yves Bissouma’s blistering run saw him pick out Neal Maupay on the right and one-on-one with the keeper but Aaron Ramsdale timed his charge to keep the Frenchman at bay and concede a corner with a great save. 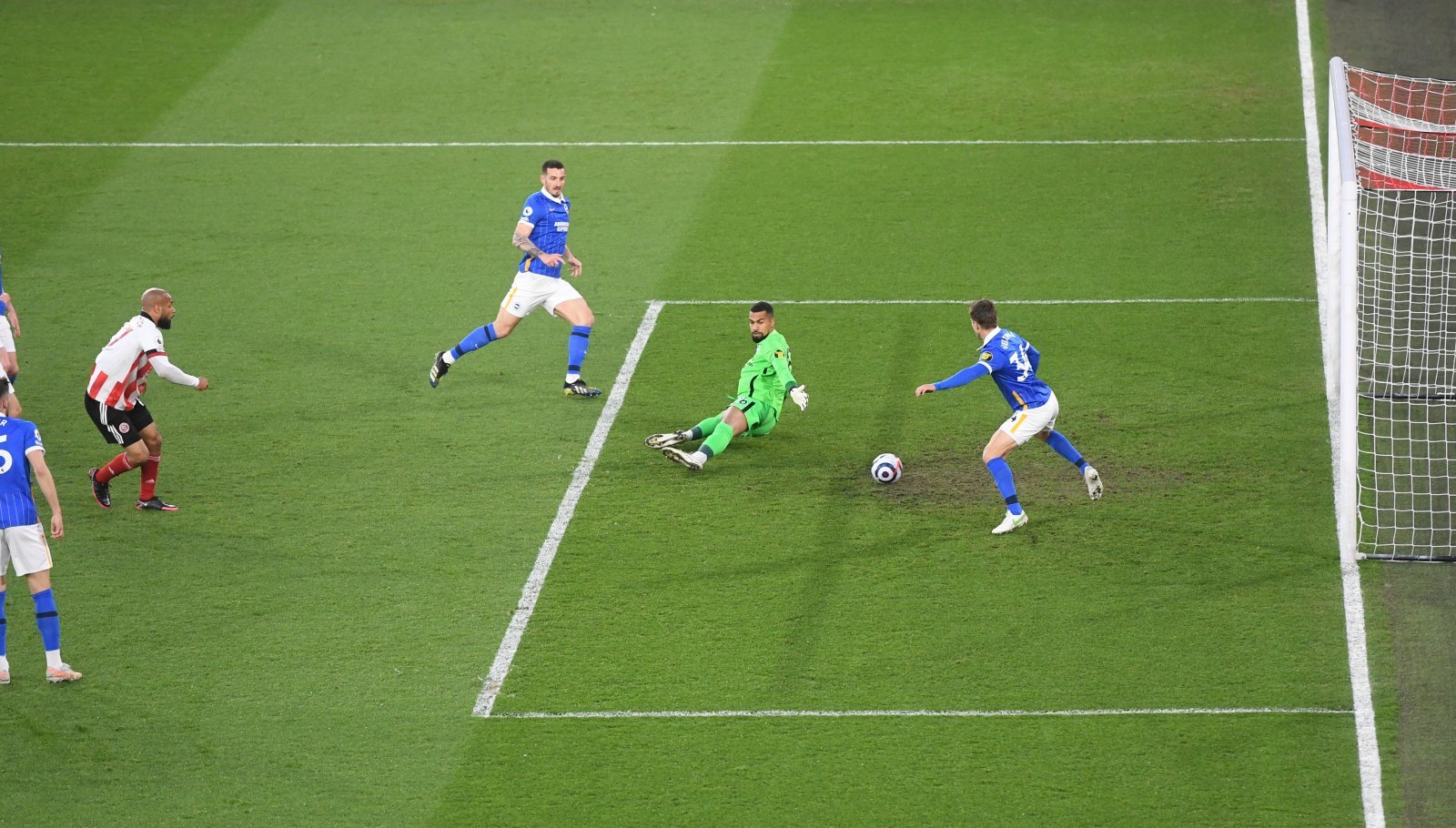 The Blades took the lead on 19 minutes through fortunate circumstances. Osborn’s timed cross from the left was cleared but Bogle’s shot was deflected with the ball rolling to McGOLDRICK with the simplest of finishes.

The scorer soon went into the referee’s book. A poor pass back to the defence saw the ball cannon off McGoldrick but he couldn’t control and in attempting to carve out an effort fouled in the process.

Albion came into the game but failed to punish United in the final third. They put several crosses in the box but the Blades cleared their lines well at every given opportunity. With five minutes remaining, Bissouma tried his luck from distance but could only hit his 20-yard effort over the top.

In the final minutes of the first half, Davy Propper’s deflected cross fizzed across the six-yard line with nobody able to finish and the ball spun out for a corner.

The second half began with Sheffield United now attacking the Kop end. Neither side had made any changes. The visitors were the better of the early exchanges with several corners being cleared. They almost got back in the game when, on 56 minutes, an inswinging corner saw Adam Webster flick the ball on in an orthodox fashion and Jakub Moder beat Ben Osborn to the ball to stab home, however, a VAR check ruled offside and the goal was ruled out. Moments later Adam Lallana flashed a header wide.

McGoldrick tried his luck from 18 yards after cutting inside on the hour mark but his effort was easily handled by Robert Sanchez. United made their first substitution of the evening as Oli Burke replaced Brewster, who had received a knock moments earlier.

At the other end, Bissouma flashed an effort wide before Brighton made a double change as Moder, and Pascal Gross made way or Aaron Connolly and Alireza Jahanbakhsh. The latter created a good opportunity on 68 minutes. His deep cross was good but Danny Welbeck was stretching and couldn’t guide his header goalwards.

There was a big scare on 72 minutes when Jahanbakhsh crept behind Enda Stevens on the right byline and his ball across the box was touched by Maupay and the ball bounced hard over the bar when a goal looked likely.

Three minutes later it was United’s opportunity to waste a good opportunity in front of goal. A good move involving Burke and Baldock saw the latter cut in on the right-hand side and his pullback found Bogle but he couldn’t poke the ball home.

As the game moved into the final ten minutes Leonardo Trossard tried a near-post shot which Ramsdale smothered, before John Lundstram replaced an exhausted Osborn. Jose Izquierdo replaced Trossard for Albion’s third substitution of the game.

Izquierdo tested Ramsdale from distance with five minutes remaining but the England U-21 stopper pushed the ball around the post as the visitors looked to apply pressure in the final minutes.

United remained professional in clearing their lines, though Stevens was cautioned for pulling back Jahanbakhsh. Four minutes of injury time was added onto the ninety minutes but the Blades held firm for their first victory under Heckingbottom’s leadership.